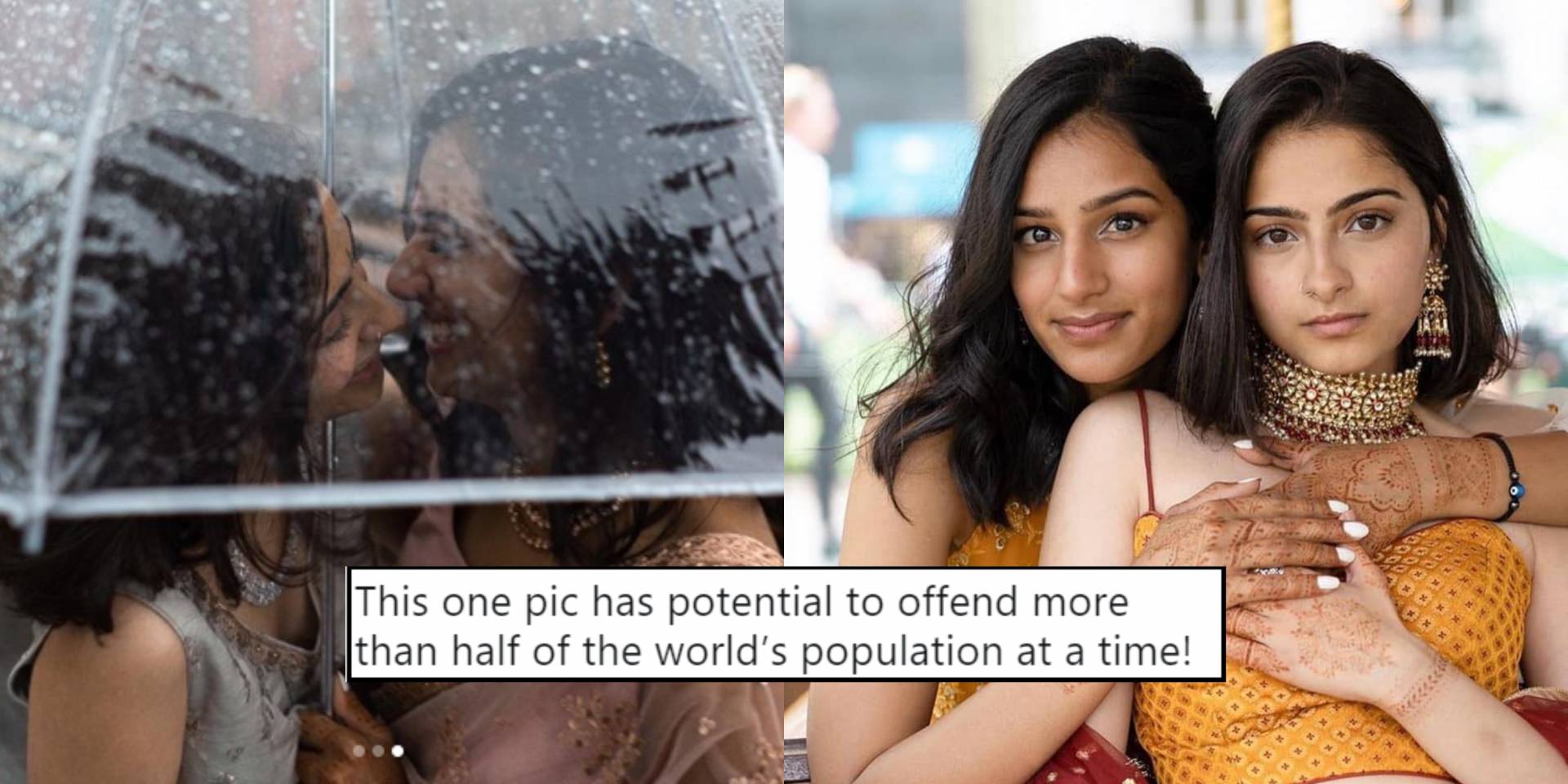 The world is not just progressing in the field of science and technology but on the societal front has seen major changes as well. LGBTQ (Lesbian Gay Bisexual Transgender) rights and legalization of same-sex marriages were applied in some parts of the world, but whether the general public has accepted this or not, is a whole different story.

We normally do not hear stories of Muslim gays and lesbians over the internet, not because they do not exist but because of the religion that strictly prohibits same-gender relationships is what keeps them from openly declaring their sexual orientation online.

However, one such lesbian couple is going viral because of the two completely different religions and countries they originate from.

Sundas Malik, A Pakistani-Muslim And Anjali Chakra, An Indian-Hindu’s Couple PhotoShoot Has Become The Main Highlight These Days Including Their Marriage. 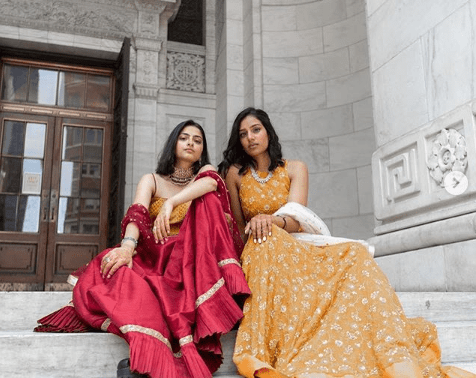 Sundas is a Muslim artist from Pakistan. Their photographer released the pictures from the photoshoot shot in NewYork over Twitter with the caption, “A NewYork Love Story”! It was only a matter of time, that the pictures of them standing under a transparent umbrella looking at each other lovingly as the rain poured, caught the attention of the people that started sharing and commenting on them.

The two also tied the knots together starting the new chapter of their lives as a married couple.

Sundas And Anjali As Spouses!

Also Read: This Aunt & Niece Were Posing As A ‘Lesbian Couple’ But Got Arrested At Islamabad Airport!

Both embraced their cultures as they chose to don their ethnic attires. Sundas wore a lehenga while Anjali chose a saree for their photoshoot.

Sundas shared a photo with her Indian partner as well, captioning it with – “I’m usually the kurta to her lehenga, so coming up with family-ready femme wedding outfits was more than a little stressful for me.”

I’m usually the kurta to her lehenga, so coming up with family-ready femme wedding outfits was more than a little stressful for me. Luckily @borrowthebazaar has a huge selection of outfits I could choose from so I knew I’d feel comfortable when I met Anjali’s extended family. Go check out their rental service for your next event! Photos by @sarowarrr Outfits by @borrowthebazaar Jewelry by @jewelmebest

Yes, love knows no such thing as religion, caste, creed, culture, and even languages; there’s a reason why we say ‘Love is blind’. However, homosexuality is a controversial topic but in Islam, it’s black and white – Forbidden and frowned upon. But the religion is of peace, hence, even Islam says to hate the sin, not the sinner. So we mustn’t show our own inner-darkness by ridiculing someone as Muslims, but in fact, become a great example of how a follower of Islam is, to the point that others respect and listen to you.

There are several ways to go about a situation than resorting to low-blows like online bullying and cursing. There’s no place for such extreme foul behavior in Islam.

Internet Doing What It Does Best; Hate And Love At The Same Time.

Homosexuality is a disease, according to this Twitterati.

why even projecting it,,,,,its a disease and it needs lots of prayers ….May they be blessed with normal life and sound mind…

Breaking so many stereotypes all at once – India Pakistan, Hindu Muslim, and same sex couple! Kudos! 🔥

Whether you want to celebrate their love or disregard them, is up to you. How you choose to respond to such news, especially as a Muslim is also up to you. But, the time has come that we show compassion towards those that do not align themselves and their lives with the principles of Islam.

We are sure you have a lot to say. Go ahead and comment in the section below!

Pakistani Actors Are Supporting Firdous Jamal After Momina Duraid Banned Him From MD Productions!
Ex-Chief Of Air Staff Sohail Aman Chose Hard Work Over Nepotism After His Son Got Rejected In ISSB Test!
To Top