Arbab Khizer Hayat, also known as Khan Baba, claims to be a whopping 436 kgs and 6ft 6 in tall. The 27-year-old man from Pakistan, calls himself the Pakistani Hulk and not a fraud. Baba hails from Mardan in Khyber-Pakhtunkhwa and claims to be the strongest man in the world.

Additionally, the locals of Mardan consider him as a hero. He gained fame after his videos of pulling a tractor by rope while the machine went in reverse went viral on social media. As per him, he is preparing for the World Weightlifting Championships. 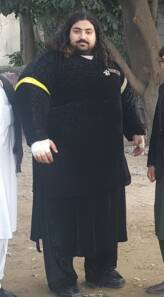 Is the Pakistani ‘Hulk’ a fraud?

In a recent video circulating on Facebook, Urdu Point interviewed a Pakistani wrestler Usman Bullet. As it appears, Bullet has been challenging Baba to fight him for a long time now. However, there seems to be no response from him which gives rise to some question about the Pakistani Hulk being a fraud. 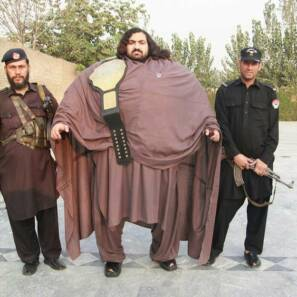 In the interview, Bullet claims that Hayat has gained all the worldwide fame with the help of fraudulent moves. He says, “The reason I joined this gym is that Baba wrestled here once, in VCL gym. I wanted to fight him. In fact, the wrestle had also been arranged to which he claimed to join but never showed up.” 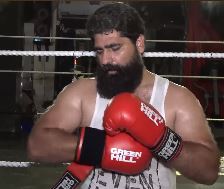 “That is when I got my first belt. Well, when your competition does not show up, you automatically win,” he added. Moreover, the wrestler further talked about how he once went to Islamabad for some work, accompanied by his guards. From there, he decided to go to Mardan to challenge the so-called Pakistani Hulk who seems like a fraud.

Bullet states, “I rang the bell and a guard showed up. I asked him if Baba is home, he said yes. So I told him to confirm and tell him that Usman Bullet is here from Lahore.” Moving on, the guard invited him and the guards in and made Bullet sit where Baba is usually seen sitting in his videos.

In addition to this, he shares about how Baba’s guards started making videos of him and began degrading for standing up against the pakistani Hulk and challenging him. Later, his guards also began recording the scenario. He asked his guards, “Is Baba really that strong? If so, go on and show me his belt.” He says that they called him a ‘sherdil’ and brought his belt. 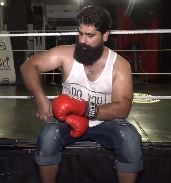 In the interview, Usman claims that he took the belt from them and said, “If he really is a ‘sherdil’ tell him to fight me and get his belt from me”. However, it has been three months now and Pakistani Hulk has not yet shown up yet to get the belt.

“He said that on 14th August he’ll come to fight and get his belt,” Bullet added.

According to Bullet, the belt that Hayat claims to have won clearly seems to be fake. Bullet says, “Khan baba can only fake fight, he has no guts for a real fight. He only challenges people who cannot come to fight him.”

He adds that even his belt seems to be fake since nobody has that big of a waist, hence he got it made for himself.

At the end of the video, Bullets address the biggest problem in Pakistan. He confers about how people and frauds in Pakistan can claim to be anything, pointing to the Pakistani Hulk, but there is no one to actually judge. Moreover, he also talks about how anybody can easily file a case against Hayat’s false claims. However, people here are ready to believe in anything.

Asma Bibi’s Claim To Be A Boy Is ‘Fake’ – Divorces Wife Instead Of Proving Gender
Ayesha Omar Reveals She Was Harassed By A Powerful Man, Twice Her Age For 15 Years
To Top