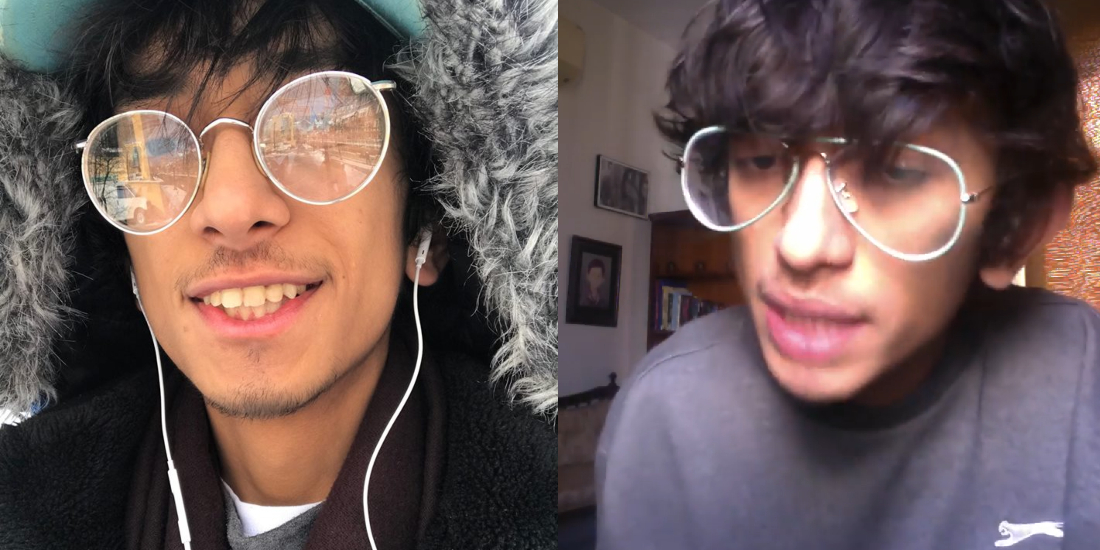 Living in the 21st century, we still are backed by the typical mindset that people of vast majority hold which actually upbrings the culture and society. What is society? It narrates the norms and socially accepted ways upon which every human should live their life. These norms are set by people who collectively agree to something which “they” believe to be right and wrong! In Pakistan, we have some standard norms too. Some for the girl and other for boys! Because why not? These norms, as usual, are typically based on how well they can discriminate a boy and a girl. And even among boys how manly a boy is and how feminine a girl is very important.

According to the society, it is very necessary to stick to the gender restricted behavior and action, and if you choose to behave for any other gender, chances are; you would be shamed and belittled for that! So, this boy from Lahore wrote a poem and narrated it himself, cause no one else would have done justice to the emotions that he had put into the words of his poem!

from the saamnay walon ki larki and my attempt at a Jawab-e-Shikwa (haha) after the concerns my article on Aitchison raised, this is a poem I wrote called "Beghairati" (script on http://toofaketobeplastic.tumblr.com/post/169456706367/beghairati-woh-saamney-waalon-ki-larki-hai-na)

He initially wrote the script of “Beghairti” on his Tumblr blog named “Too fake to be plastic”. His poem’s main theme is to highlight a certain amount of people in our culture who get stereotyped by whatever they such as being your own selves become beghairti. He tones the poem on how his neighbourhood friend goes out at night and never comes back, and how he loves his lady gaga t-shirt that he wanted to wear at a party but an all-boys gang would have made fun of it!

How he has to hide himself being gay because of all those people who’d would call him names. But these boys who actually behave like men play with boys like all the rest and play with all the girls as if they’re toys. So, amidst all this, if a boy drinks, he’s a poor lad and if a girl drinks she is a *beep* *beep*. So, if the guy stays out with his friends it’s totally fine but if a girl drives her car at 3 am oho what a shame!

In short, he mentioned all that happens in a society where boys and girls alone, stereotype each other. But in the end, it shouldn’t bother anyone. Because people who wanted to be themselves will stay that way, toh mery jan, beghairti hai toh beghairti hai!