The changing in trends over time and sheer obsession of people with the virtual world has brought many the success they were longing for. As Pakistanis are widely famous for their elite sense of humor, the talent they carry also couldn’t stay behind from fascinating the world. Along with the advancement of technology, Netflix has completely taken over the basic sources of entertainment. Recently, another skillful mind of Pakistan gathered praise on social platforms after traditionally covering the famous ‘Bella Ciao’ from the Netflix series ‘Money Heist’.

TV series and its impact on human preferences!

Apparently, in this era, when the Television series’ hold a much-anticipated stance as compared to movies, the Spanish TV series ‘Money Heist’ sure carries a separate place in the viewer’s heart. A few years back, the famous Leo Twins traditionally covered American singer Ed Sheeran’s ‘Shape of You‘ and it literally blew everyone’s mind. Currently, another such song cover by a Pakistani is making rounds on the digital platforms and ‘Money Heist’ fans can’t stop drooling over it. 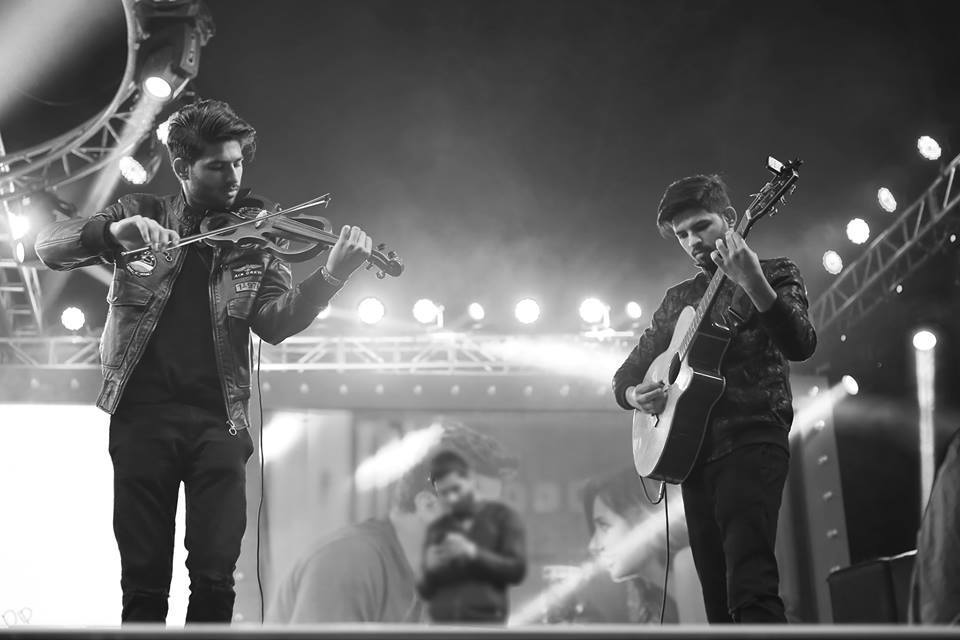 The mesmerizing cover of ‘Bella Ciao’ on a Rubab!

Ever thought that you’ll be blessed with a traditional tune of the globally famous ‘Bella Ciao’? Well, this young talented Pakistani is going viral for all the right reasons. Going by the name Arsalan Khan on social media, this guy recently got ‘Money Heist’ fans in an awe-inspiring stance after he covered ‘Bella Ciao’ on a classical Afghani musical instrument Rubab. Since the cover video cam out, it has been shared on numerous social sites and Pakistanis can’t get enough of it.

Previously, the popular Leo Twins from Pakistan’s Lahore area also gave an orthodox touch to the theme song of HBO’s ‘Game of Thrones’ which was well appreciated by Pakistanis. It makes the nation feel proud of the young talent Pakistan has and because of the ease in technology, such individuals are coming upfront to glorify the social platforms with their amazing skills.

After ‘Games of Thrones’ its ‘Money Heist‘!

After Home Box Office (HBO)’s Television series ‘Game of Thrones’ became the most-watched fantasy series, now, Netflix has stolen the spotlight with its worldwide famous ‘La Casa De Papel’ also known as ‘Money Heist’. Not just the TV series but the on-point characterization and plotting absolutely took off the viewers into a totally different prospect making them feel attached to it on a personal level. Professor being the mastermind in the series, his flirty way of negotiating with the police has now got a separate fanbase and is also considered to be the most liked character.

Check out: This Tabla Version Of ‘Cheap Thrills’ Is Breaking The Internet Today!

Since ‘Bella Ciao’ got released, it has been played and remixed on several major music festivals of the world including the famous ‘Tomorrowland’. What made ‘Money Heist’ more intriguing for the viewers, is the interesting storyline and obviously, the unusual names given to the lead characters of the series. Regarding each other with the names of cities to stay safe from the legal authorities, it sure worked well with the audience. At this point, fans are eagerly waiting for the next season to be released which is expected to drop in next year.

What do you think of the cover? Let us know in the comments below!