As time is passing by, the world is witnessing extreme changes in many areas. Be it technology, lifestyle or something related to one’s personal traits, the basic human mind either takes time to process or doesn’t accept it at all. Not depending on what others will consume from the life choices made, some individuals sure spend lives their own way without allowing any boundaries, be it societal or religious, to limit them from independent decisions.

Pakistani girl tied the knot with her same-sex Indian partner!

In recent times, mainly among the west, the Lebian Gay Bisexual and Transgender (LGBT) community have convinced the governing bodies to legalize same-sex relationships and marriages and to provide them with the general rights as well. Among other same-sex marriage stories, recently a Pakistani Muslim girl called Saima married her Colombian-Indian Christian love named Bianca Maieli in California, US, and their event pictures are circulating on social media.

Also read: This Aunt & Niece Were Posing As A ‘Lesbian Couple’ But Got Arrested At Islamabad Airport!

Bianca Maieli posted these pictures from the main event on her Instagram!

Life is sweeter with you. 4.20.19 💍⁣ ⁣ Photos by ⁣@sennaahmad Outfits by @bhkazimov

Along with the formal photoshoot of the couple, ‘Mehendi’ pictures were also uploaded and since then the wedding has gone viral!

Looking through these photos of our mehndi brings me so much joy. Thank you to @sennaahmad for capturing these brilliant moments. One thing I noticed throughout this night was how much everyone was smiling and laughing. The joy & love was truly contagious and felt by all ❤️⁣ #loveislove ⁣ Outfits: @bhkazimov Venue: @greenbardistillery

The couple (Saima and Bianca Maieli) first met at an event in the US and soon fell in love with each other. The couple recently got married in a traditional desi way with the presence of some of their close friends. Some time back also, a young Pakistani girl tied the knot with her Hindu partner in a viral same-sex marriage creating a criticizing chain on social platforms. 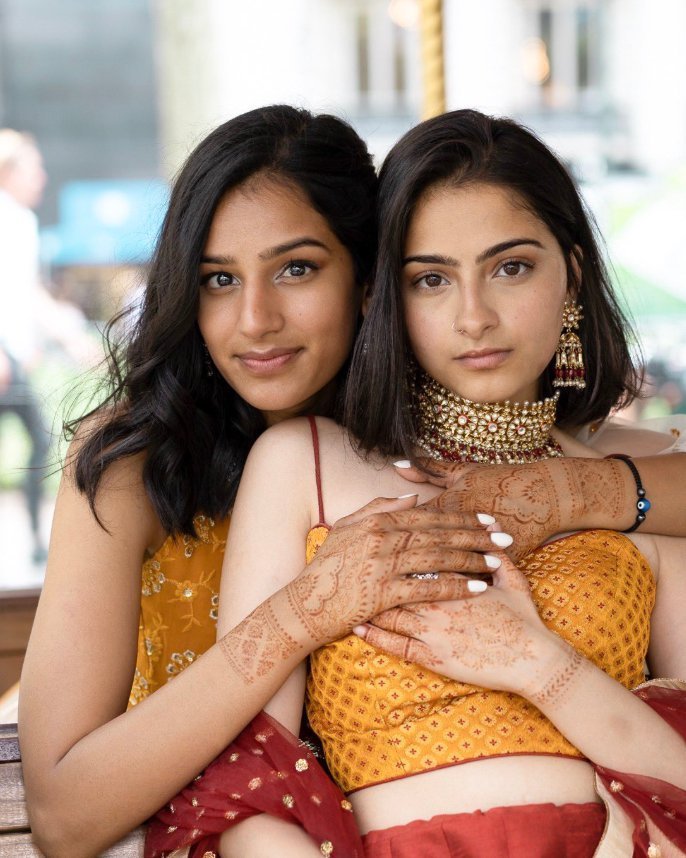 The increasing number of same-sex marriages in today’s world!

Time to time, it is often seen people engaging and adopting the same-sex marriage culture which has become more like a trend now. Some who accept same-gender orientation as a part of their society are seen involved in such events while it’s extremely hard for many to accept such unethical and religiously incorrect happenings around.

Without being offended, if we talk about Muslims, there may be individuals who are lesbians, gays or bisexual but the reason we don’t often see them upfront is the religious boundaries that adamantly restricts from same-sex relations. In the eyes of the masses, the acceptance ratio is much higher while for Muslims its a totally different aspect.

What do you think of the marriage? Rant it all out in the comments section below!

Naimal Khawar Reveals Why She Did Her ‘Own’ Hair And Makeup On Nikah And We Love Her For It!
The ‘Monochrome’ Collection By Ideas Pret Is Out of This World And It’s Time You Check It Out!
To Top