This Pakistani Girl Received A Reply From Canadian PM Trudeau 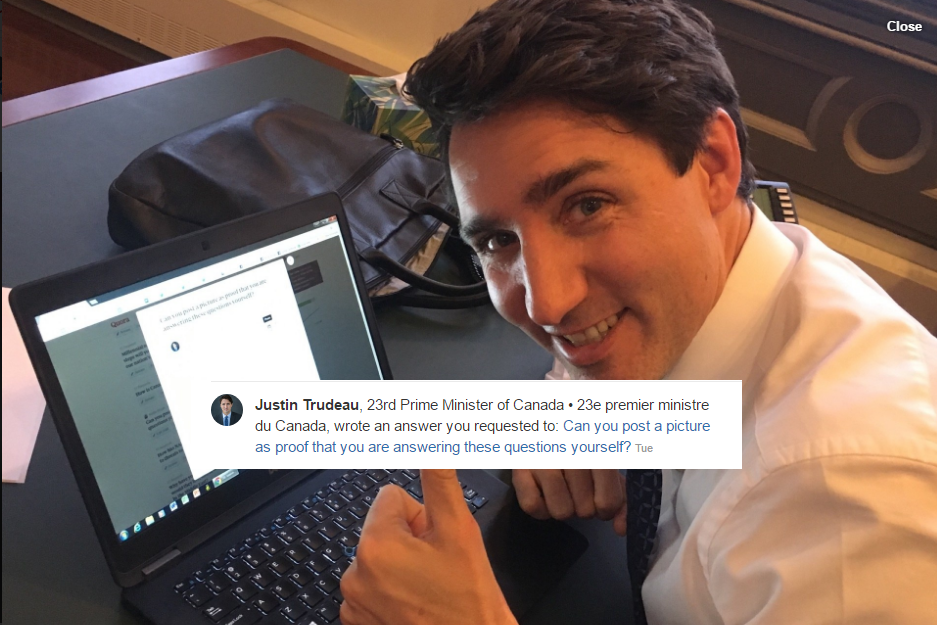 With social media reaching its peak, the world indeed has become a global village. Gone are the days when distance mattered. In today’s time, the whole is literally present and available at your fingertips. This thought can be proved by what happened with a Pakistani girl. A question she randomly asked on a website, caught her a big fish’s reply.

One Pakistani girl had asked a question on Quora, one of the world’s most famous question/answer websites. The question Shamaim Kirmani had asked on Quroa was “Can you post a picture as proof that you are answering these questions yourself?” – the post caught the attention of Canada’s sitting Prime Minister, Justin Trudeau. 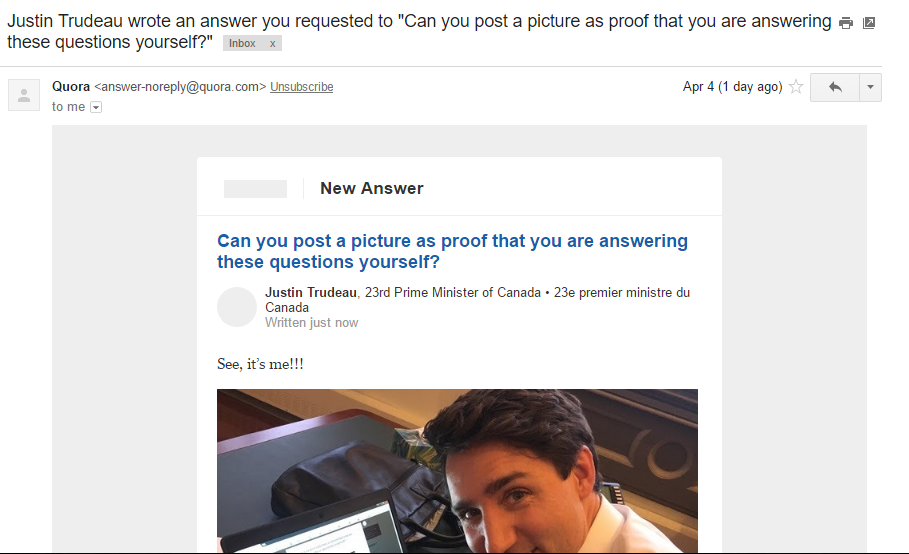 Trudeau, who himself is a social media celebrity, did not think twice before posting his picture while he replied Shamaim with an answer, with a caption that said: “See it’s me!” – After Trudeau posted his photo, people swooned in on the comments and started replying to the picture.

The Canadian Prime Minister is a jack of all trades and this isn’t the first time he has charmed people either. It seems that his personality is of a people’s person and this is what makes him happy. Shamaim shared the screenshots of her notifications with Parhlo and you can see for yourself the response that post got because of Trudeau’s answer.

Shamaim is a lucky girl who got a reply from one of the most loved and respected world leaders of the present day. It also shows that politicians and leaders should always be humble in their ways and try to interact with commoners as much as they can. This makes choosing and following a leader worthwhile.

Additionally, it sets a great example for Pakistani politicians and our government. Litte things can go a long way with the general public and gestures such as Trudeau’s are more than welcome.

See How This Foreign Retail Store Made Twitter Laugh By Confusing “Teeka” With Something Totally Unrelated
Shahid Afridi Announces His Next Move After Leaving Peshawar Zalmi!
To Top