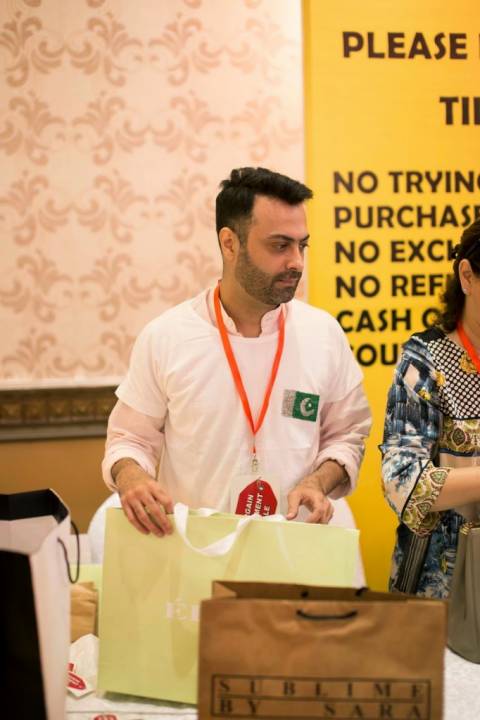 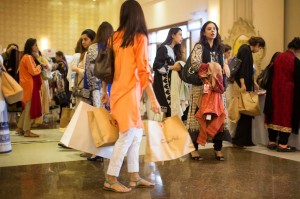 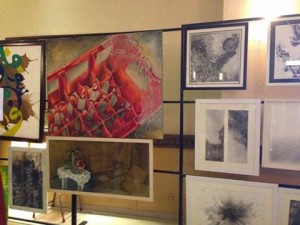 Pakistani fashion designers Sara Shahid and Kamiar Rokni participated whole-heartedly in the event. These Pakistani fashion designers not only donated their outfits, they also assisted in pushing out the sales to raise money for 3 dissimilar causes. The event was completely not for profit and 100% of the proceedings of the event were donated to the Bali Memorial Trust for flood relief work, Pink Ribbon for their fight against breast cancer and Rising Stars Foundation (previously known as Pakistan Rising) for the schools it runs in Swat and Uch Sharif.

The event began in the afternoon, and within an hour, over half of the stock was sold out. The event supported great bargain on Pakistani fashion outfits, kids wear, jewelry as well as accessories. The outstanding pottery and discounted work by Clayworks also managed to attract many customers. 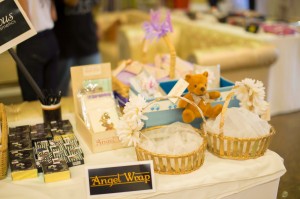 The most popular bargains in the accessories section were the ear cuffs by Deena Rehman, rings by Saira Omar and bags by Krizmah. It was a very well organized event and to please the customers more it was complemented by a nail and massage booth with the courtesy of the Boudoir Lounge. 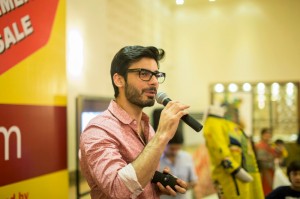 How can we discuss Pakistani fashion without talking about famous Pakistani celebrities? The event also featured one of the heart throbs of Pakistan, Fawad Khan. Fawad Khan donated autographed T-shirts which sold for between Rs 5,000 and Rs 15,000 per piece. In order to avoid a stampede and havoc, the organizers did not advertise the presence of Fawad Khan. Yet, when he entered, he caused quite a stir, however he remained calm and patiently handled the overwhelmed fans. 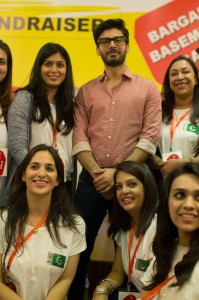 At the end of the event many Pakistani fashion and arts items were auctioned which included a Kantha jacket by Farida Hassan, a white by Mehar patchwork chair, a pendant by Amber Sami and a jacket by Seher Tareen which was inspired by Gustav Klimt.

Following the usual pattern, the organizers discounted the prices at the end of the event. The latecomers did not have the luxury to choose, but they enjoyed amazing discounts and bargains on the leftover stock. 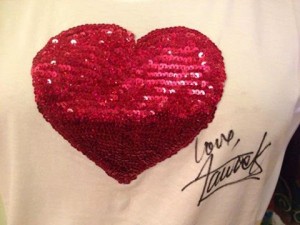 Bargain Basement Sale started in 2005 and became ever popular since then. The very first initiative taken by this organization was to raise money for flood relief victims, and was held in a friend’s basement. Since their very first sales event, the organization has benefited from a lot of generous people present in the Pakistani fashion industry. This year The Fundraisers, led by Nuria Rafique-Iqbal and Khadija Malik managed to raise PKR 2.5 million for the three selcted charities. It is indeed a great sight to see the lucrative and rapidly growing Pakistani fashion industry giving back to the Pakistani nation.

The most “Jahil” politicians of Pakistani politics!
The remake of Arth: Shaan and Mahesh Bhatt to set the magic in pair!
To Top