Pakistani Dramas That You Can Stream On Netflix|Parhlo.com

Streaming dramas online has become so much simpler with the advent of Netflix. Previously, all of us had to either lookup for the drama on YouTube or search for links to download it.

Netflix has provided us the platform where we no longer need to download the shows we want to watch or search and tune episode after episode. Now, the best part is that Netflix has even uploaded some Pakistani dramas too.

Among these dramas are the evergreen ones that have remained famous in and after their time of airing. Having these dramas on Netflix means expanding the viewership beyond Pakistan.

These Pakistani dramas have been made available to the global audience too, this way. And, that’s because English subtitles are available for each episode of each drama on Netflix for part of the audience that doesn’t understand Urdu.

This would make the world more aware of the Pakistani industry. Another plus point is that you get to watch these dramas in good quality.

Pakistani drama industry wasn’t as well-known in the world a few years ago. But now, Pakistani dramas are loved across the border. So, having them on Netflix is going to be a big step in increasing the popularity of the industry.

Here are 4 Pakistani dramas that you can stream on Netflix anytime, anywhere. 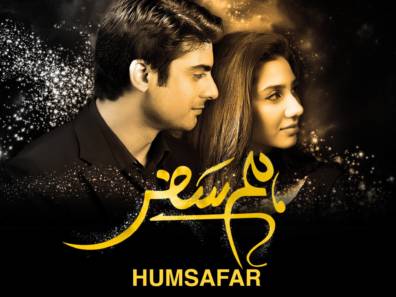 There is a long list of classic Pakistani dramas that people wouldn’t mind watching all over again. One of such dramas is ‘Humsafar’. This drama was more special as unlike any other drama up till now it brought Pakistani dramas to the international forefront and now it’s on Netflix too.

The OST used for this drama “Woh humsafar tha” is a ghazal written by Naseer Turabi in 1971. It gained immense popularity and made the heartbreaks in the drama look even more intense.

The lead actors Fawad Khan and Mahira Khan already had their spell on the Pakistani audience with their past projects. So, when these two charming stars signed up with the brilliance of the director Sarmad Khosat for Humsafar.

People had anticipated for something as great as this drama to be the product. In a matter of few airings, Humsafar was all over Pakistan and everyone was talking about it. This fever then gradually spread across the border and then in the world when the episodes were made available on YouTube and Zindagi TV to cover the Indian audience.

This drama A story that can be watched with family, impeccable Urdu, beautiful cast, and a tight-knit plot. The main characters of Ashar (Fawad Khan) and Khirad (Mahira Khan)

However, their story soon turns into one of a beautiful romance that develops slowly after becoming husband and wife. This is before the story takes a turn and the two lovers are separated by the scheming mother-in-law.

Typical much? Maybe yes, but the way the plot is carried with some obvious loopholes and keeps the audience engaged is the brilliance of “Humsafar.” 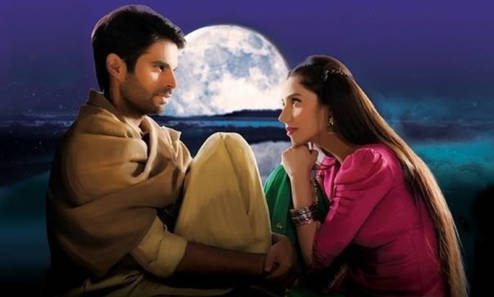 If we go back to 2014, we’ll remember how this drama of Adnan Malik and Mahira Khan had everyone stuck to their TVs. This love story with a dark plot that we had never seen on Pakistani media before.

It was absolutely not for the light-hearted. The sweet romance, the tragic undertones, and hauntings from the past were the reason this drama gained so much popularity.

And you’ll be more surprised and shaken to the core when you realize that this drama is in fact based on the writer Khalil ur Rehman Qamar’s real-life love story.

Not only did the protagonists of this drama series Adnan Malik and Mahira Khan had impressed Pakistanis with their acting but the supporting actors did an equally impressive job.

The story is set in the 70s rural Punjab with tonga rides back. It is from when the days were simpler and technology wasn’t mature yet. The OST of the song was also pretty heart filling in the melodious voice of Rahat Fateh Ali Khan.

However, this drama was a lot less family-friendly than usual Pakistani drama. So, if you’re a Pakistani and plan to watch Sadqay Tumhare be informed that there’ll be many awkward moments.

Another legendary Pakistani drama inspired by real events and took over the social media was Khaani. Not only women but even men had been following this drama. The story revolves around the lead characters that are played by Feroz Khan and Sana Javed.

The two characters Khaani and Mir Hadi are from different backgrounds. Khaani is a shy girl from a middle-class family while Mir Hadi is a rich man from a political background.

This drama is written by Asma Nabeel and directed by Anjum Shahzad. Another reason for the popularity of this drama serial was the pairing of Sana Javed and Feroz Khan that people grew fond of right after watching a few episodes.

Despite that Sana has done an impressive job at acting in this drama but Feroz Khan was the one who swept people off their feet. After this drama, his popularity spread across the border and a lot of Indians were in admiration of his looks and acting.

The event that this drama was inspired was a tragic killing that was highlighted in the media for a long time. It involved a son of a feudal who killed a middle-class young man.

This incident has opened the society’s eyes once again to the fact that the system is flawed and that the rich and influential will always get away without getting the punishment for their vicious acts. 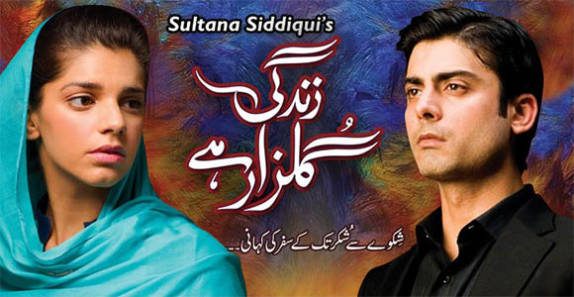 This drama is among the ones that have been screened based on the novels or stories written by Umera Ahmed and was skillfully directed by Sultana Siddique. The lead characters of “Zindagi Gulzar Hai” were named Zaroon and Kashaf, which were played by Fawad Khan and Sanam Saeed.

It is set in the college days of the characters which shifts to their working lives and then post-marriage ones. Zaroon and Kashaf discover differences and then in the later parts similarities in each other.

Somewhat like Khaani, here, too, the protagonists come from different backgrounds so the difference in opinion was bound to come.

The pace of their lives is different and their lives are running in absolutely different directions. Since Zaroon is the rich boy his life is easier while Kashaf’ has to struggle and face challenges to reach her destined career.

Pakistani dramas are almost always meaningfully trying to address a social issue. They don’t seem discussible at times but they do try to make a difference.

In this drama, specifically, issues of poverty, respect within a marriage, class differences, and the challenges of a working woman are highlighted. Not all the views discussed in the drama are correct but as a matter of fact, some parts were exaggerated too.

More Pakistani Dramas Need To Be On Netflix

We hope in the coming years’ Pakistani media will have plenty of good drama serious again.