Shoaib Malik has announced his retirement from one-day cricket after participating in the World Cup. He mentions that he will still keep playing the Twenty20 format.

Considering Shoaib Malik’s retirement from ODI, he addresses, “I am retiring from one-day cricket,” to further add, “I’m sad as I’m leaving the format I loved the most but this will allow me to spend more time with my family and concentrate on the Twenty20 World Cup next year,”

Malik has done about 287 one-day internationals while scoring 7534 runs with nine hundred. People are mourning the loss of another amazing player from Pakistan’s cricket team.

“Yes, I wanted to help my team win the World Cup as a senior but at times things don’t go the way you think and that’s part and parcel of cricket,” Malik said.

Mentioning Haris Sohail he said, “You don’t judge a player on two or three matches, but I am still happy that the player who replaced me performed well,” 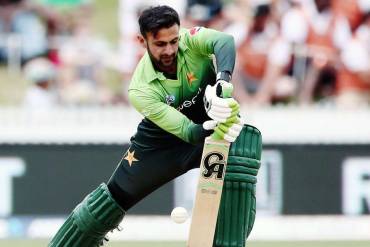 In the end, it seems that his ODI career did end on a disappointing note but Malik is proud of his achievements. “I am satisfied with my ODI career and winning the Champions Trophy has been the highlight of my ODI career,” He also adds, “I never thought that I will play 20 years for Pakistan but when you play with hard work and honesty you achieve the best and that happened with me”

As Shoaib Malik announces retirement, many cricketers are wishing him well and supporting his decision. Malik confirms on Twitter that he will be quitting from ODI. His Tweet read, “Today I retire from One Day International cricket. Huge Thank you to all the players I have played with, coaches I have trained under, family, friends, media, and sponsors. Most importantly my fans, I love you all”

Among some of the famous cricketers that are proud of his achievements and appreciate his efforts for Pakistani cricket, includes:

Mohammad Hafeez Tweets, “Congratulations Shoaib Malik on wonderful ODI career, As Teammate enjoyed our company, True ambassador of Pakistan U r & as Fan of Pakistan Cricket would like to thank U for ur contributions in Pakistan Cricket , Good Luck for future Endeavours, Stay Blessed”

Congratulations @realshoaibmalik on wonderful ODI career 👍🏼👏🏼👏🏼👏🏼 , As Team mate enjoyed ur company, True ambassador of Pakistan U r & as Fan of Pakistan Cricket would like to thank U for ur contributions in Pakistan Cricket , Good Luck for future Endeavours, Stay Blessed pic.twitter.com/BkaaxDbvKr

Shahid Afridi took to Twitter to express his gratitude, “Congratulations, Shoaib Malik on a commendable ODI career spanning over a couple of decades. You’ve made your country proud with all you have achieved & are a true ambassador to the Nation. I’ve enjoyed the times we have played together & wish you all the very best”

Congratulations @realshoaibmalik on a commendable ODI career spanning over a couple of decades. You’ve made your country proud with all you have achieved & are a true ambassador to the Nation. I’ve enjoyed the times we have played together & wish you all the very best

Even, Wahab Riaz addresses the impressive ten years they have spent together, “What an amazing 10 years we’ve had together. You’re someone who’s built and rebuilt his career and always had a huge smile on his face. Will miss your presence in the dressing room and on the field. Sialkot ki shan, always stay happy my bro”

What an amazing 10 years we’ve had together. You’re someone who’s built and rebuilt his career and always had a huge smile on his face. Will miss your presence in the dressing room and on field. Sialkot ki shan, always stay happy my bro @realshoaibmalik ❤️ #ThankYouMalik pic.twitter.com/cDSa5AVgDi

Shoaib Malik first started off as a bowler. However, later on, he excelled in batting and showed promising results within it as well. His debut was in 1999 when he replaced Shahid Afridi when Pakistan’s opponent was West Indies. Moreover, within matches his showed quality skills within both batting and bowling had him switching roles. So, people still cannot define him into one. 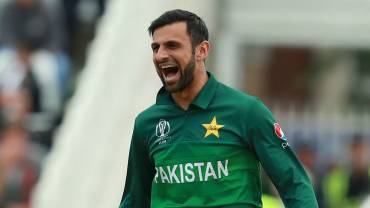 However, due to complaints from the ICC, he did not do bowling throughout the whole year. In Tests, he has batted at almost every position except the 11th in the ODI’s. His batting skills particularly shined during a match in 2006 where he finished with 148 runs.Within his career of playing 20 ODI’s, he has made 19 wickets at an average of 36.1. In the 2019 World Cup Campaign he only scored eight runs in three innings. Not to mention, he has been used as an opener in tests because of his impressive abilities that no other player could match.

So, Shoaib Malik’s retirement from ODI will definitely have a significant effect on the fans of Pakistani cricket, or cricket in general.

Just like many other Pakistani cricketers he has been involved in various controversies as well. Being in the spotlight, not everyone can come off clean.

His biggest scandal occurred when he divorced his first wife Ayesha Siddiqui because he was supposed to further his relationship with Sania Mirza. Siddiqui filed a police case against him mentioning that they were married that he can’t just proceed with Mirza like that. Siddiqui and Malik divorced. Regarding the punishments that he had to face, “Shoaib will pay Rs 15,000 as maintenance to Ayesha at the rate of Rs 5000 per month for three months as per Sharia (Islamic law), Shafi, Sania’s uncle, announced at a joint press conference at the residence of Ayesha Siddiqui.”

Another major controversy of his was when he was caught going to a Sheesha bar with his friends and family. People were outraged by his behavior to visit such a place in the first place. However, it was a matter of his privacy, and he expected people to respect that. Malik did not appreciate the fact that his family was dragged into the matter as well. 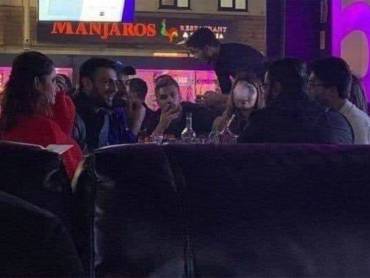 Like any other celebrity debunking news and justifying themselves, he mentioned, “When will Pak media be accountable for their credibility by our courts?! Having served my country for +20 years in Intl Cricket, it’s sad that I have to clarify things related to my personal life. The videos are from 13th June and not 15th.”

The whole issue did not see a negative response especially when Malik addressed that he wants his family out of the matter. Media can also tend to over-size a particular case for attention as well. Nevertheless, it seems it was just a harmless outing like any other.

Regardless, his contributions for Pakistani cricket will never be forgotten. Even if he couldn’t achieve what he initially planned for himself in ODI, he has still demonstrated skills enough to be re-called as a worthy player. Cricketers are also appreciating his efforts to keep playing for a number of years. Hopefully, he sees this decision as the best for his career and abilities.

What do you think of the situation? Do you believe that Shoaib Malik’s retirement is for the better? Share your thoughts!

PM Imran Khan Inaugurates ‘Road To Makkah’ Project Providing Relief To Hajis And It’s A Great Step!
An Examiner Allegedly Harassed Hundreds Of Young Girls In Their Practical In LCWU And This Is Alarming!
To Top