Islam regards women on a very superior rank. However, when it comes to patriarchy the same role of women becomes ambiguous and pertaining. Men in Pakistan find it difficult to understand the importance of educating women, especially in tribal areas, where the duty of a woman is to serve her family members and in-laws. Regardless, this brilliant and hard-working woman is breaking stereotypes. This is the story of Aziza Khan – a daughter of a tribal man, married off to her cousin and still managing to complete her Ph.D. now!

Aziza Khan was born in an uneducated family where her father married her off to her uneducated cousin at the age of 15. Passionate and always thrilled to learn about the wonders of the world; Khan made a goal to complete her FA and even pursue her undergraduate studies. After her marriage life for this poor woman became even harder.

“I was a competent and hard-working ‘Matric’ student. As a child bride, I knew my wedding was happening, but I did not know what a wedding was. I used to be afraid of going into my husband’s room”.

What triggered her to fulfill her dreams was, after the birth of her first child; for whom she couldn’t buy medicines due to poverty.

She decided to earn money so she can resume her studies and gave tuitions to young children. Through, this she managed to earn about Rs1200, through which she earned her school attendance fees.

Aziza’s only ally was her mother-in-law

Surprisingly, it wasn’t her husband nor her father-in-law who supported her but her mother-in-law was there to have her back throughout the way.

“My mother-in-law was my only ally in my husband’s house and she supported me throughout,” Aziza says while sharing her struggles.

She, later on, adds, “She even looked after the children and housework – she is a kind, humble and good-natured person.”

After her result was announced; she had to tell her husband, who was infuriated with her. Hence, her life struggles were made worse from then onwards. She was given no commute or transportation assistance and had to walk for 1.5 hours each day to get to college and back home. 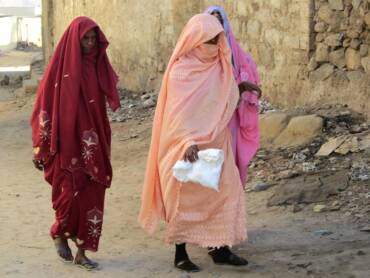 When she tried to study at night, her husband would switch off the room lights, so she studied under the light of the heater! It is tragic to see how women are deprived of their basic rights and have to struggle so much for it.

Aziza Khan is just one brave warrior who fought for her rights. A few months back, we heard about the young girl Noora, who wanted to be a poetess.

Finally, after countless hardships, Khan made it! She secured 3rd position all over the province of Balochistan and is now enrolled in her Ph.D. program. Not only are we proud of her but we also wish her the best of luck!

It is a true saying that hard work pays off. In addition to that, it is also very inspiring to see the women of Pakistan finally coming forward and making the nation proud of their talent and hard work!