This Pakistani Chef 'Spits Fire' To Prepare Food For His Customers

Pakistan is packed with breathtaking talent, ranging from artists to illustrators to innovators, entrepreneurs and a lot more. This is the story of a chef named Adeel Chaudhry who dazzles people as he prepares food by propelling fire from his mouth! 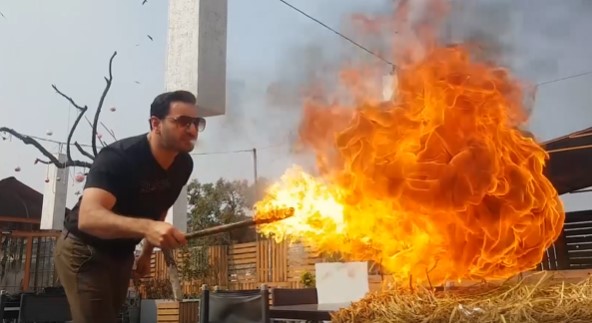 With the video gone viral, food connoisseur Adeel Chaudhry brings innovation to his cookery methods. In the video, it can be seen as Adeel uses a spirit-based fuel to generate fire. Adeel uses this technique in front of customers in order to dazzle them with his wonder.

He claims that this technique can be dangerous and has caused him a certain loss, while he was trying to perfect it. 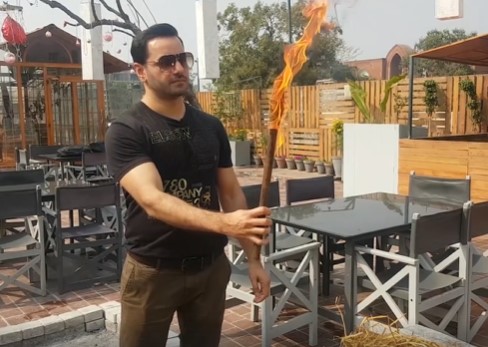 Other Innovations From Chef Adeel!

Check out his video (courtesy: DailyPakistan)

The bubble show he creates is usually loved by the audience. Moreover, he says that people from around come to enjoy his drink and the show of theatrics that he displays. He also added that on special occasions like birthdays or parties at his restaurant, he himself prepares these drinks. 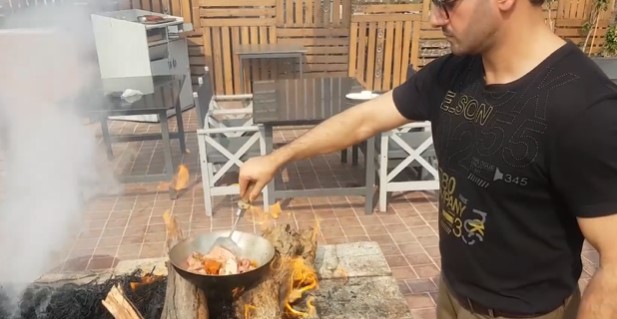 “The smoke from my drinks reflects the fire in me,” claims Adeel. Adeel proclaims that he is a self-made chef, who has worked along with the world’s most renowned chefs. Being one of the most trending chefs of Pakistan, Adeel says that Nusret Gokce aka Salt Bae is his inspiration, especially his unique style of sprinkling salt on steaks.

Adeel owns a restaurant in Lahore. Alongside the use of molecular gastronomy and spitting fire from mouth, the chef also prepares a variety of other foods. He uses a fusion of desi and western food elements to create other dishes.

Adeel says that he had stayed in Dubai for around 10 years, doing real estate work. During that period he discovered his passion is cooking with innovation and not in real estate.

In his interview, he says that he wants the people to know his journey. Moreover, he asserts that there are surely ups and downs in every business.

With that, he wishes to form a team, which he can lead and teach them how to be an influencer and tackle all the hassles in running a restaurant.

Careem Captains And Their Families Can Now Get Discounted Rates At KLDC
5-Year-Old Blind Boy Memorizes The Holy Quran Through Radio!
To Top