In the midst of the entertainment, recently, the time had arrived to celebrate the achievements of your favorite Pakistanis stars. However, the blunderous management and uncivilized attitude deprived several Pakistani artists of their awards. Apparently, this year’s bogus management of Pakistan International Screen Awards (PISA) 2020 has gathered celebrity criticism.

Certainly, the skilled Pakistani content creators never let their country or nation down on any platform. Similarly, the conspired ”Zindagi Tamasha” of Sarmad Khoosat was previously nominated and then won at the Busan Film Festival 2019. However, this week, Pakistani celebrities and influencers are furiously criticizing PISA 2020 for its poor management and non-planned arrangements.

As per the official dates revealed, the event is all set to take place today in Dubai’s Coca Cola Arena. Earlier, snaps of Pakistani actors taking off to attend the PISA 2020 awards were circulating on social media stirring excitement all around. Eventually, the organizing blunders ave forced actors like Nabeel Zafar, Nadia Afghan, Adnan Shah Tipu and Osman Khalid Butt to speak against the organizers.

Taking to Facebook, the Bulbulay star bashed the managing team of PISA 2020!

It is indeed unfortunate news as the affected artists are Pakistan’s pride and deserve proper treatment at every level. Speaking on the issue with the on for the country’s leading news outlets, Nabeel Zafar quoted the miscommitments. Further, he stated, ”In my 30-year-old career, rarely have I been seen on award shows. A major reason for that is that I don’t feel any of them are credible”.

”This is utterly disrespectful!”

”However I decided to give PISA a chance considering that it’s being touted as international awards, they would hold more credibility compared to others. This is utterly disrespectful.  On one hand, they are using my name to promote the event and on the other, they are not making timely arrangements for a ticket”, he added. 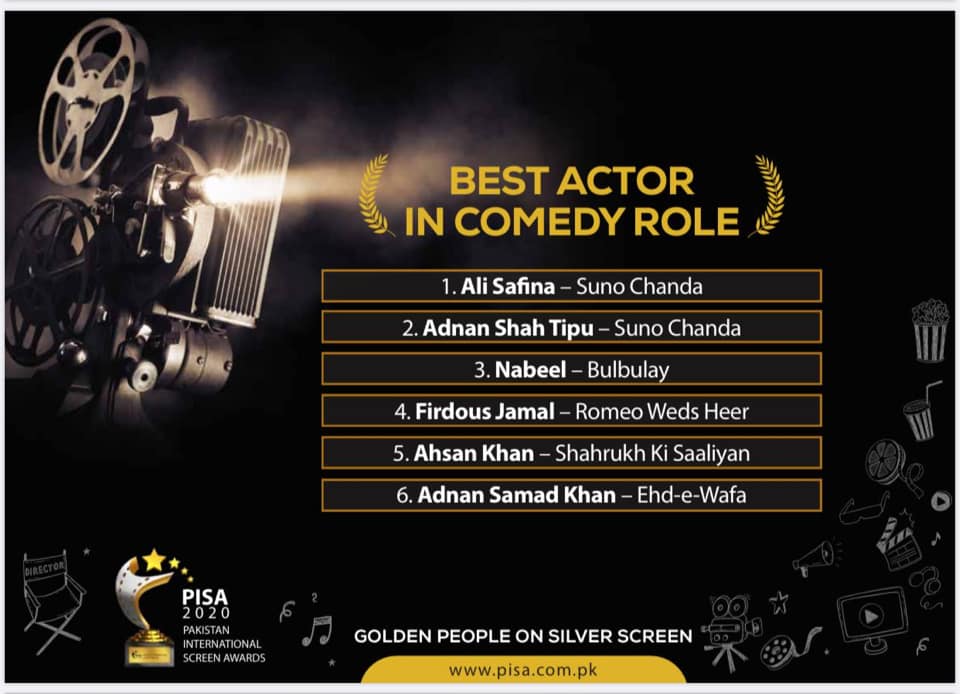 Moreover, Nabeel Zafar called it a constant issue faced by different celebrities on various such events. ”While all this is happening they flew certain female celebrities, most of whom are hardly known on private jets. This didn’t just happen with me. It happened with several other actors, some of whom are veterans in the industry”, he concluded.

Read Also: Mere Paas Tum Ho Ends With A Bang And The Internet Has Lost It!

Nadia Afghan and Osman Khalid Butt on the matter!

Moving on, the dashing Osman Khalid Butt also shared his stance on the received humiliation by the PISA 2020 management. Replying to a relatable tweet, the actor posted, ”Seriously, though, the level of disrespect is astounding. None of us [artists] were gagging for a Dubai trip, all of us were kept in the dark and on standby till today”.

Here’s what Osman Khalid Butt posted on his official Twitter!

Please add Saqib Malik, Ahmed Ali and me in the list of non-influencer (💔) nominees deprived of private jet pictures.
Seriously, though, the level of disrespect is astounding. None of us were gagging for a Dubai trip, all of us were kept in the dark and on standby till today.

What do you think of the mismanagement? Tell us in the comments section below!

Transit Ads In Pakistan: How ‘VWRAP’ Is Changing The Game!
Cricketer Nasir Jamshed Gets 17-Month Jail Time For PSL Match-Fixing!
To Top