Buckle up for a life-changing story of a Pakistani from a carpenter to a fashion model in Saudi Arabia! When life takes an unexpected turn, it can turn everything around. Some people end up getting lucky while some face difficulties and challenges.

Let’s talk about the 24-year-old, named Waqas from Pakistan. The good looking young lad has certainly proved to be one of the lucky ones. According to media reports, Waqas came to Saudi Arabia four years ago. Moreover, before that, the young man worked as a carpenter. 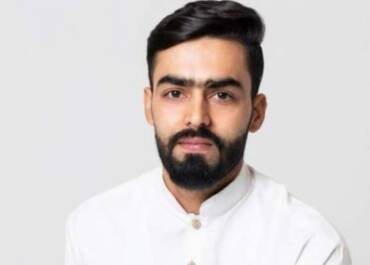 Also, Waqas moved to the kingdom to work as a carpenter, and to become a model in advertising had never occurred to him. Life opened a gate of new opportunities to him and from being a carpenter, the young man ended up becoming a model.

In an interview with Al-Arabiya.net Waqas shared his views. He said, “I came to Saudi Arabia four years ago to work as a carpenter. And I never thought of becoming a model in advertising. ”

“One day I saw my friend (Faisal) editing the photos of a photo session. I told him that since childhood I have wanted to work in this field but in Pakistan, I didn’t get the chance, so my friend suggested and took a picture of me and sent it to the relevant person.”

In addition to this, the carpenter-turned-model talks about how his friend shared his picture on Twitter. According to Waqas, the picture reached some people related to advertising and had a good response. Moreover, he also talked about how agreements were made with the institutions later on. 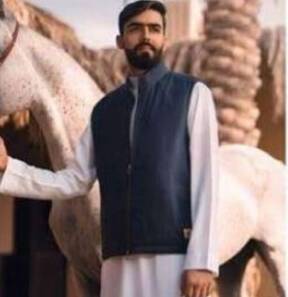 A childhood dream is a reality now

Sounds dreamy, doesn’t it? A childhood dream coming true is not something we hear of every day. Although the young man had no luck working as a model in Pakistan, his life certainly took a whole 360-degree turn after moving to Saudi Arabia.

When life gives you lemons, do not make lemonade…make it take the lemons back! The 24-year-old made his dream a reality and set a great example for everyone. 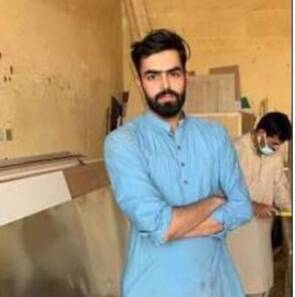 He had no idea his picture would spread so widely on social media and change his life. Additionally, he had also done many fashion shoots with advertising companies previously. However, the handsome lad had no idea that one day he would be quitting his job as a carpenter to become a model for designer clothes.

Who says you can’t change your fate? Everything is changeable. Remember the Pakistani chai wala. You can write your own story and if you believe in yourself, you can certainly turn YOUR dreams into reality. What an inspiring real-life story this was!

A Local Newspaper Observes ‘Death Anniversary’ Of Zulfi Bukhari & It’s Not Even Funny
WATCH: Shahid Afridi Blushing While Talking About His Wife & Love Life For The First Time
To Top