Animal abuse is offensive – it is appalling to see someone do it and makes one wonder how they have the audacity to do something this inhumane. Worldwide, there are NGOs and activists who speak against in the intolerant behavior humans conduct towards animals.

Be it using the skin of the animals for the fashion items or shooting them for the purpose of leisure, activities like these should not be promoted at all.

In Pakistan, however, the opposite happens. A few months ago, an inhumane image of stray dogs being drugged on the road in Karachi went viral. With no shelter home for stray animals in Pakistan, the animal abuse continues to prevail.

If You Find the Video Shown Below as Something Hilarious, You Need to Get Yourself Checked!

Two boys roped rat and start poking it with a stick. They talked to a rat as if they were communicating with some friend. They kept hitting the rat while telling it how “bad” it has been to them.

Both guys found it extremely funny. They were speaking in Punjabi and as one may be able to notice in the video, the rat was extremely uncomfortable and continuously wanted to be unroped. 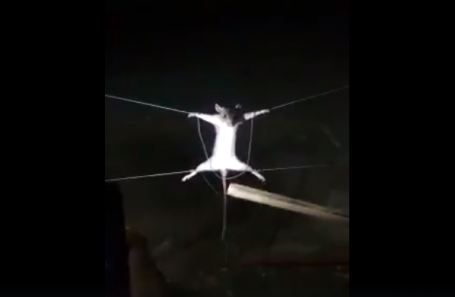 They kept torturing the rat for ruining their mobile chargers. They kept hitting its face while its arms and legs were pulled away using thread/rope.

Imagine how inhumane these lot of boys really is – getting pleasure from hitting and torturing a living being. What sort of entertainment is this? And they are filming it. Inhumane, indeed.

There were many others who weren’t happy to see this video, for all the right reasons: 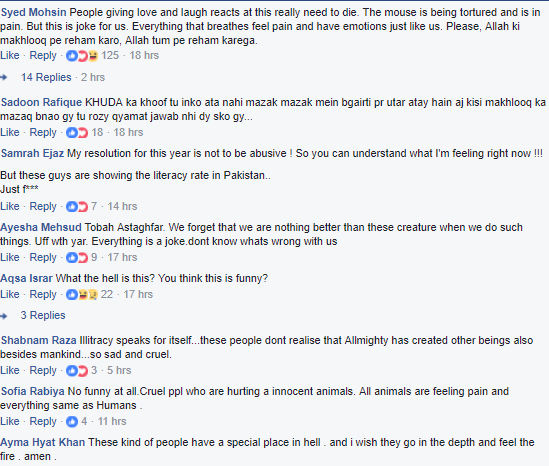 10 Richest People of Pakistan, as of 2017
These Celebrities Are Pulling off Spectacular Shaadi Dances and Social Media Is Totally Hooked!
To Top