Pakistani Bloggers Just Got Lucky And Were Invited By FIFA For Pre World Cup Media Trip! 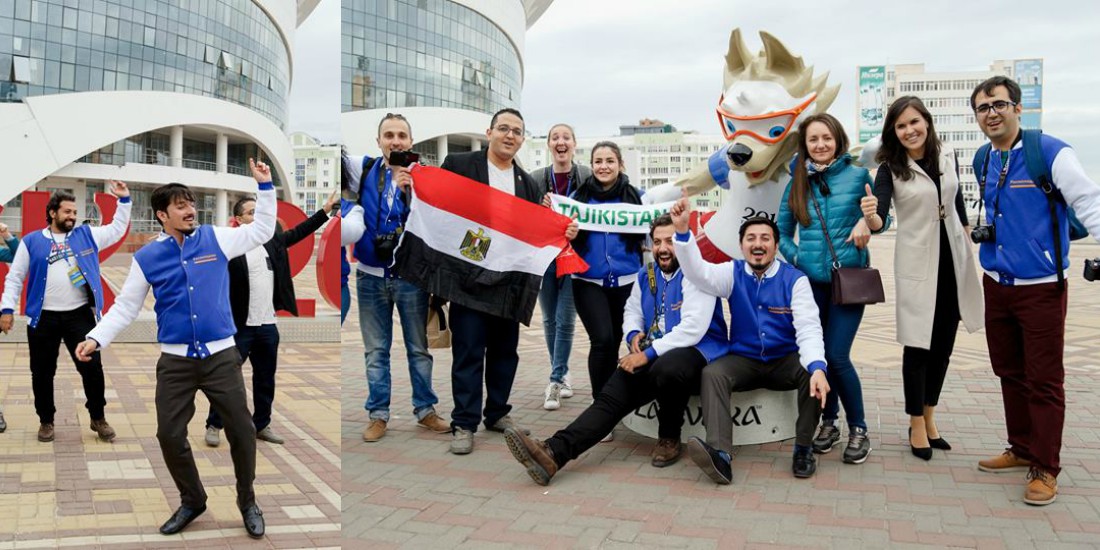 FIFA World Cup is one of the biggest Sporting Extravaganza on Earth, it keeps the chatter going every time a Fifa World Cup is around the corner. In the current format, 32 teams will compete after getting through the qualifying phase from their respective regions. Opening Ceremony of FIFA World Cup will be held on June 14, 2018, in Moscow, Russia.

In addition to this, approximately 3 Million ticket bookings were received by FIFA, this is a clear manifestation of the fan-following this sport has around the globe. It is highly admirable that FIFA has also reserved tickets for people with disabilities.  Hitherto, all the available tickets are sold out. To make it more convenient for the spectators, Russia has expatiated the visa processing and will provide the spectators with Free Public Transport Service to make the commute between the stadiums and the city easier. Furthermore, Elven Russian Cities will be hosting the FIFA World Cup 2018 which are the following: Moscow, Saransk, Saint Petersburg, Samara, Nizhny Novgorod, Ekaterinburg, Kaliningrad, Kazan, Sochi, and Rostov-on-Don. 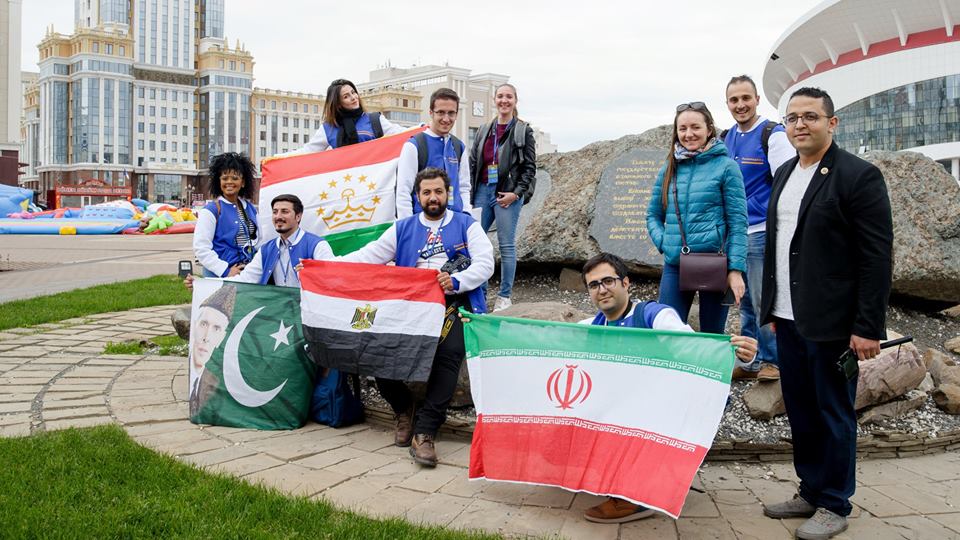 I represented Pakistan in International Media Expedition Trip on the eve of FIFA World Cup 2018 in which 50 Young Bloggers & Social Media Influencers from all over the world have been invited by Federal Agency for Youth Affairs Russia. The Opening Ceremony of Media Expedition was held at Moscow on June 1, 2018, where the delegates were divided into different groups for the respective regions to visit. 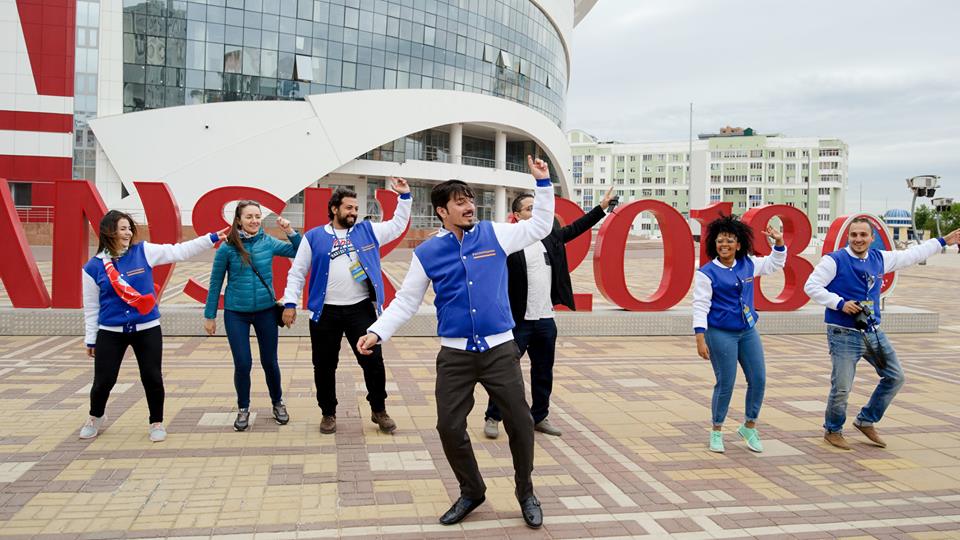 I visited different regions of Russia with my group where the FIFA World Cup Matches will be played in next days. Our group visited Moscow, Saransk and Saint Petersburg. Furthermore, the delegation was accompanied by guides and a professional media team to cover the entire trip. 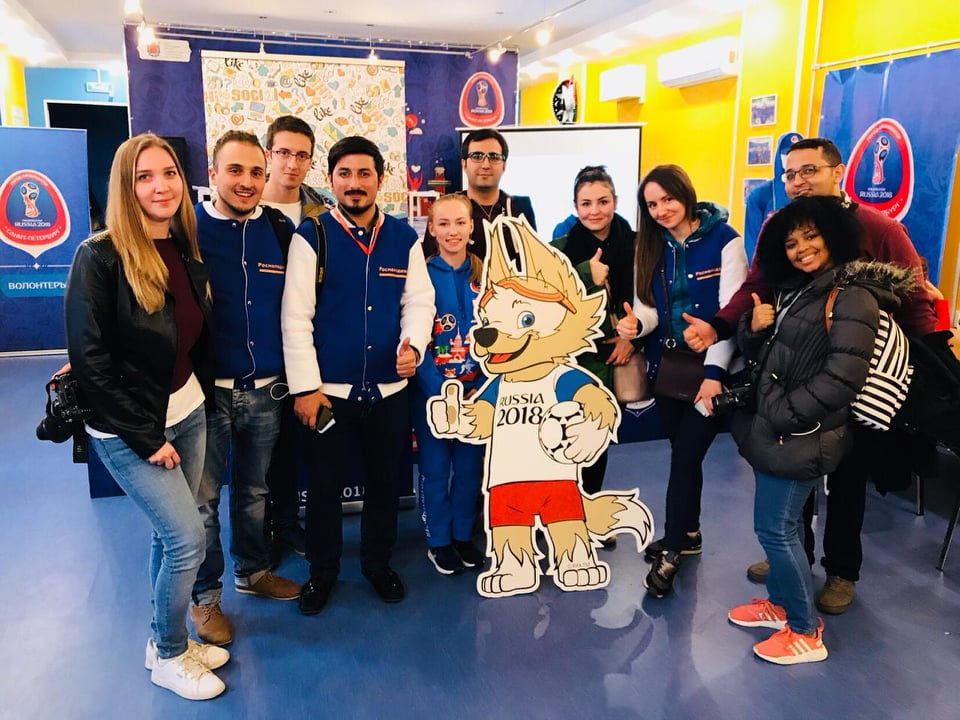 FIFA Officials invited us at Mordovia Arena which is specially built for FIFA in Saransk, Capital City of the Republic of Mordovia with the population of 340,000 people. Four FIFA matches will be played at the Mordovia Arena which can house 40,000 spectators. Afterward, we headed towards Saint Petersburg. Subsequently, a visit was arranged to the Football Stadium of Saint Petersburg, which is built on the outskirts of the city with the capacity of 68,000 spectators. This stadium will also host four FIFA Matches and all arrangements have already been done. In addition, a metro station is right next to the stadium to make it easier for the spectators to commute between the city and stadium.

During our visit, we had multiple sessions with FIFA Officials and FIFA Volunteers about the Duties of Volunteers and Spectators Engagement Plans in which we were being told that most volunteers speak multiple languages to guide & solve the queries of spectators.

I was invited by His Excellency Qazi Khalilullah, Ambassador of Pakistan to Russia at Embassy of Pakistan &  he appreciated my services to promote our soft image in the International Arena. The closing ceremony was held on June 8, 2018, followed by a Gala Dinner. Afterward, the certificates were distributed among the delegates on successful trips.