Pakistan, since it came into existence, has been in the vicious grasp of patriarchy; women are told on how to sit, dress, and even when to speak. But let’s be honest, for all girls out there, isn’t the entire idea of living in such confined forms making life a possible drag? Especially for girls and women all over Pakistan?

Huma Mobin is a Pakistani blogger who has been inspiring and making us turn into all kinds of a bundle of laughter, from honeymooning alone to incredible videos. We truly don’t know how to catch our breath, as Huma Mobin calls out Pakistani’s on their different mistakes and illogical blunders, that are set up by century-old norms of the society. 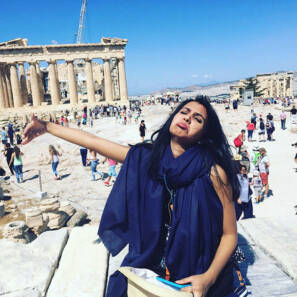 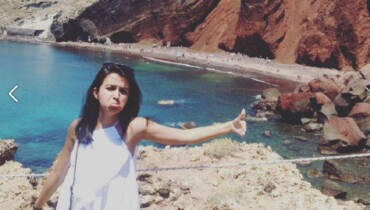 Recently, while driving with her husband to her mother’s place, the blogger takes a dig on men’s attire and clothing. And we can’t stop our laughter. She brings a twist with her creativity on the dire situation of how men dressing; and how it is ok for them to show their legs and hairy arms. She calls this ‘Men Juxtapose in Women’s World’.

The irony of the situation is that, more than once, rape and other such heinous crimes have been silenced by patriarchy; with a simple statement, ‘it was the girl’s fault, or she was asking for it’. Although, we all know that these statements are illogical and can be seen as nothing but extremely offensive.

However, Huma Mobin took this opportunity to school men and patriarchy in one go. She surely knew how to inculcate and put forward a strong argument and also something which many of us girls wish to say, but are fearful or reprimanded otherwise. She turns the tables on men by saying, how their dressing, can make her ‘niyat’ slip. And oh dear irony, as if that wasn’t funny enough; Huma Mobin shames them for public indecency.

But on a serious note, the idea isn’t half as bad, why should women only be reprimanded to speak on limited topics, wear conservative clothing, and talk in a softer voice. Why must we limit our boundaries, while men parade around, with shorts and sleeveless tank tops, and let’s not forget hairy legs and arms? Yes we know, the picture isn’t quite as drooling as it may have been if it were a Hollywood film now?

All in all, we applaud Huma Mobin for her beautiful and classic wit. We wish her the best of luck and also a lot of prosperity in the future. May you always keep smiling and making us tear up with your ironic jokes and creative blogs.