Muhammad Bilal Khan, a Pakistani blogger who was known for criticizing the Army as well as the spying agency ISI, was hacked to death in Islamabad. Human rights in Pakistan are just a mantelpiece now with zero consideration. And people are demanding justice! 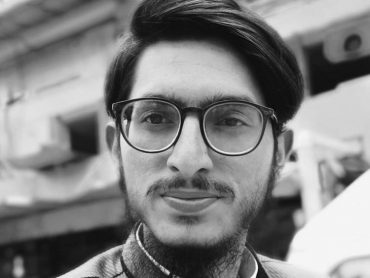 How The Attack Took Place:

Firstly, Khan received a phone call from an unknown individual that lured him to the G-9 area. Once arriving there he was led into a forest. The blogger was with his uncle during the visit. His uncle suffered major injuries while Khan was pronounced dead.

The police confirms that Khan was stabbed by a dagger, while gunshots could be heard from the same area as well. His father, Abdullah mentions that once he got to the hospital, Khan had passed away. It seems like he had stabbing marks over his body. A medical report also confirms that there have been around 17 wounds all over his body, all done by a sharp object. 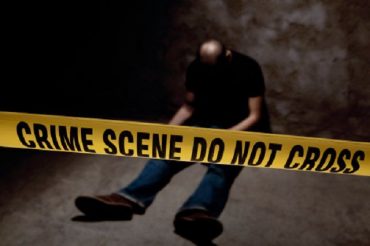 Nevertheless, Abdullah demands the arrest of the perpetrators. He remembers his son as an obedient and religious child. There was no way that people would consider him an enemy. An FIR (First Information Report) has also been registered.

Two funerals have been offered, one at the high school ground Bari Sheikh-ul-Bandi, Abbottabad and the other at Aabpara in Islamabad.

What Khan’s Brother Had To Say:

Khan’s brother posts a video on Facebook regarding the incident. He mentions that people should stop spreading baseless rumors and information. The case should be dealt with by the police and unnecessary assumptions should be kept aside.

Then he shares a statement to remove the speculations placed onto his brother, “Bilal had no personal or family enmity with anyone and we have no one to blame yet.” He added, “We trust the Islamabad police but also demand them to properly investigate the case to ensure justice.”

Not only does he believe in that but so does everyone in relation to Khan. Regarding the rumors, he expresses his disbelief, “It’s painful and shocking to see baseless propaganda on the killing of Bilal before his funeral prayers.”

People are still in shock towards the sudden death of the Pakistani blogger. Everyone is raising concern regarding the matter and trying to dive into what might be the truth. It seems that people are suspecting that his outspoken ways towards many of the powerful officials contributed to his death. Again, the debate regarding human rights in Pakistan is rising.

Here are a couple of reactions from various journalists/figures:

Many prominent figures discussed Khan’s death and the impact it has on the country.  Everyone is still discussing his reason to be shot and how this is a really bad turn for Pakistan.

The Human Rights Minister Shireen Mazari mentions her disgust over the murder of the Pakistani blogger and calls immediate action to be in consideration.

On her Twitter account, she leaves a distraught tweet, “Strongly condemn the murder of Bilal Khan. Disagreement and opposition to someone’s views simply cannot be translated into killing the person. Govt must & it will investigate and punish the killers – it is our responsibility to keep all our citizens secure under rule of law,”

Pakistani journalist and human rights activist Gul Bukhari also talks about the distressing situation. She believes that there should be room for reasoning instead of blindly shooting, “Bilal Khan was spewing hate against many different segments. He should have been countered with the argument, not with a bullet. This is not the way we should be. We need to reason and talk, not shoot” she also said, “The murder is highly condemnable. Snuffing out a young life like this is unacceptable” 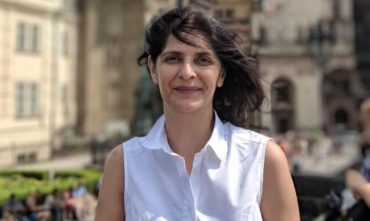 Not to mention that Bukhari herself has witnessed a similar situation. She was briefly kidnapped by men in masks in Lahore. Then, after hours she was able to get away. Apparently, she was on her way to the Waqt News TV show. But got kidnapped when a vehicle stopped to take her in.

Bukhari has been vocal over a lot of controversial issues. This is also the reason why such an abduction took place. Moreover, she is a well-known human rights activist who has been challenging the system for years. The murder of Khan would have definitely hit close to home, as it is becoming a scary time for activists.

Then Tarek Fatah uploads on his personal Twitter and places ‘Naya Pakistan’ as a hashtag in a sarcastic manner. The journalist seems to see no hope within the country and its ‘rampant’ killing, “This morning, Pakistani blogger Bilal Khan dared to mock Gen. Faiz Hameed, the new head of Pakistan’s feared internal security agency, the ISI. Within hours of his tweet, Bilal Khan was shot dead by persons, suspected to be ISI hitmen. This my friends are Naya Pakistan”

This morning, Pakistani blogger @BilalKhanWriter dared to mock Gen. Faiz Hameed, the new head of Pakistan’s feared internal security agency, the #ISI. Within hours of his tweet, #BilalKhan was shot dead by persons, suspected to be ISI hitmen. This my friends is #NayaPakistan. pic.twitter.com/ywEZ0Dj4y3

Brutal killing of Muhammad Bilal Khan is condemnable. So is ill intended propaganda to implicate state agencies by few individuals and certain segment of western media. May Allah bless his soul. Aamen. https://t.co/QHXqDSyQVr

Journalist Umer Ali thinks that people should not be killed over differing views. He did not agree with Khan but he didn’t wish death upon him, “Bilal Khan’s worldview was the exact opposite from mine and many others around here but it does not matter. His horrific murder should be strongly condemned and there should be a thorough investigation into the allegations made by his friends”

Social media has been on fire after the news of the killing. People have started talking about the meaning of freedom of speech and its restrictions. Many activists and journalists believe the dangerous era might come into existence again. Khan’s death has been a great loss for his family as well as the country. Are the human rights in Pakistan in danger again?

What do you think of the situation? Did you know about Bilal Khan before his death? Share your thoughts!

Staged or Not Chinese Tourists in Pakistan Are Promoting Peace After The Horrific Human-Trafficking Issue!
Uyghurs In China Are Being Persecuted Yet The World Is Silent
To Top