This Beach in Pakistan Glows “Blue” in the Dark and It’s something You Don’t Want to Miss! 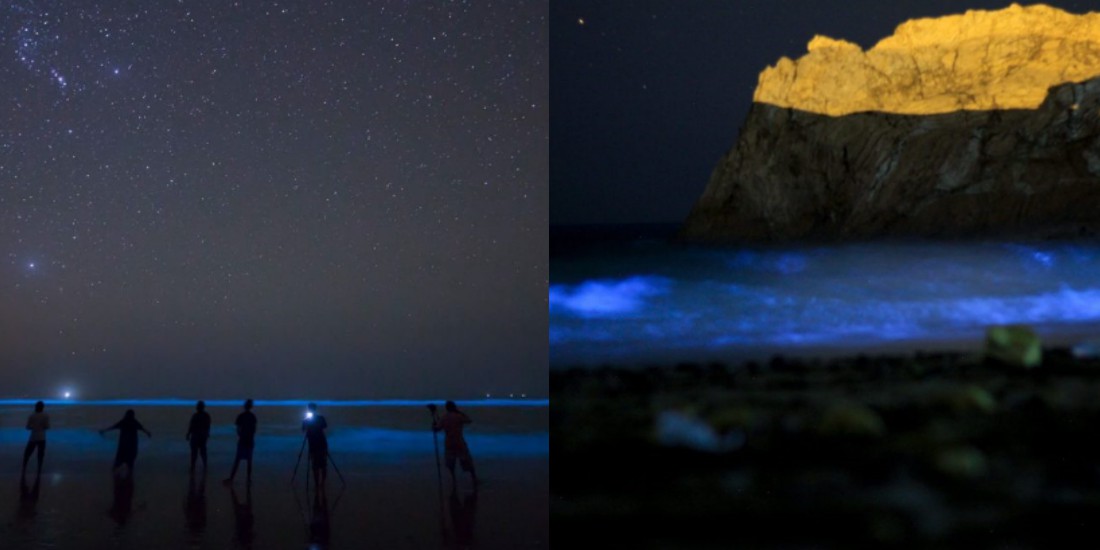 An amalgamation of evil thoughts strikes in our minds when we think about Pakistan from terrorism till inflation everything just plays like a short film that we always try to avoid. Although amongst this chaotic scenario we have neglected the beauty that our motherland has. You just have to name it and you will find many in Pakistan, as surely our naturally blessed country has absolutely no boundaries in beauty.

A few days back, a blogger – Girl With Green Passport traveled to beach Bhit Khori which is situated at a short distance from Mubarak Village and what she witnessed could hardly be described in words.

Have a look at the magnificence of nature… 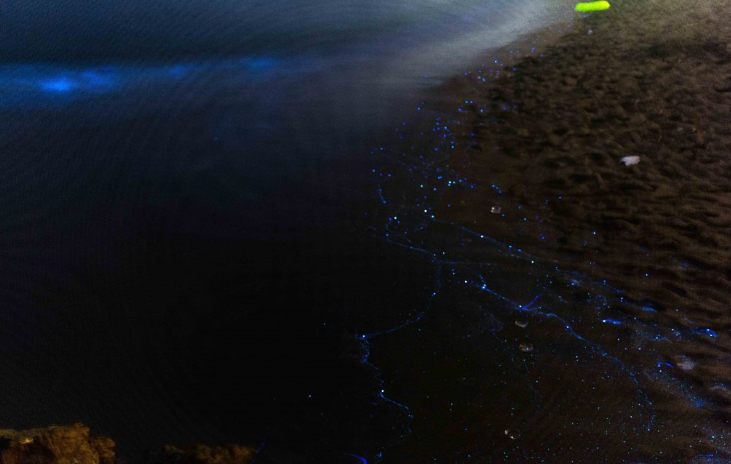 While writing down her journey of exploring the alluring beaches of Pakistan she explained how it was her first of camping on a beach with her husband, friends, and some unknown people. Due to the lack of accessing the internet, they just sat by the bonfire, had bbq and played music. 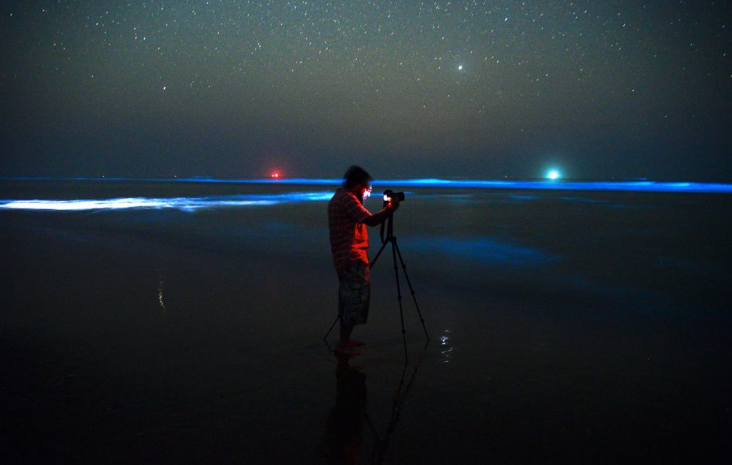 Just like any other trip it was also going great till now but as soon as the sun set they started gathering in front of their camps and prepared to soon lay down and sleep, but before they did that a loud voice came that was
“omg, look at the beach!”

THE BEAUTY OF NATURE IS BEYOND ANYONE’S IMAGINATION 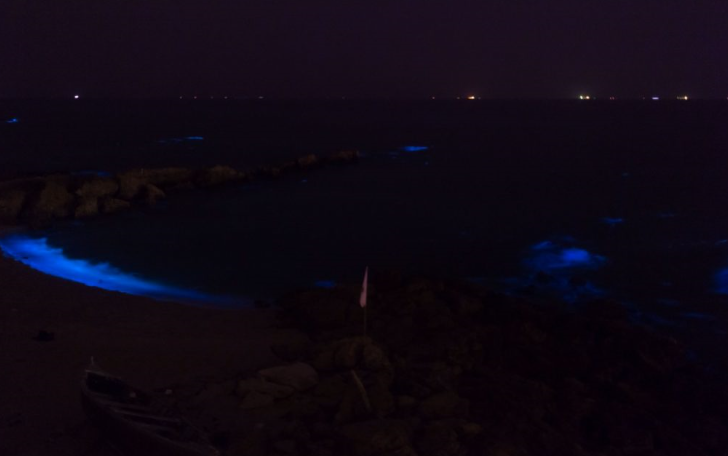 Being blank about what to expect made their eyes pop out as the ocean was glowing blue. She described as the twinkling of the ocean. “I can say the ocean was twinkling. Under immense awe, we walked up close to the shore for a closer look at what was happening. And soon we figured that if you make a movement in water, like a splash or throw a pebble, it glows then as well. Weeehheee!” said the girl with a green passport.

CAN’T GET OVER THESE PICTURES 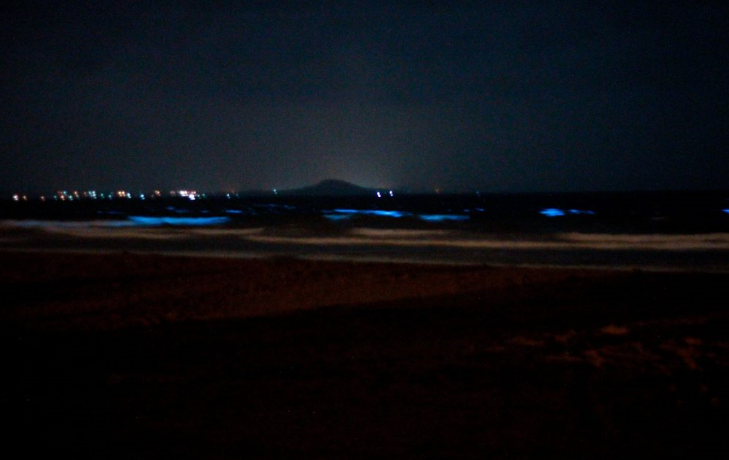 It was a mere unexpected bucket list thing that just happened in their homeland which for many is a shock. The magic of nature making the beach glow became their center of attention until the sun rises and shine the sky bright.
She shared: “It was one of those nature-things you see, not so often, but when you do they make you feel ugly, small and insignificant. Indeed a key moment of my 2018, this was.”

THE TWINKLING SKY AND OCEAN 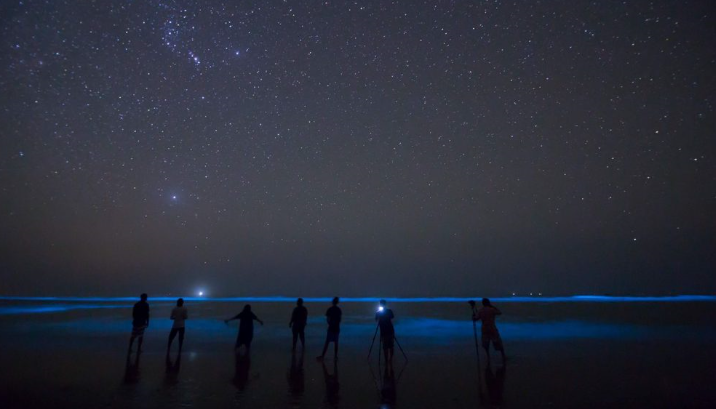 Luckily they got it on camera to make this moment stand out throughout the year. Everyone was just flashing their camera to take as many pictures as they could to save this precious moment of the mother earth. The glowing particles were like glitters in the oceans that shined after each second. This to you might sound like the first time but it happening the previous year also when a photographer Sohaib Roomi got it on this camera.

Love your country because there are many things still left unexplored which need much attention. If you liked this article then like, share and comment down below to give us your feedback.