These Talented Pakistani Artists Took The #DontRushChallenge To Another Level

In this quarantine period, social media has seen some of the most amazing and entertaining challenges of all time. From the #PushUpChallenge to the #DontRushChallege, the boredom has done it all.

Similar is the case with Pakistanis, who have definitely up the game by taking part in the viral challenges in their own unique way. Previously, Pakistani women were seen busy with the ‘Makeup Brush Challenge‘ and they loved it. Well, this time a group of talented illustrators’ has taken the stage and smoothly aced the #DontRushChallenge.

The creative take on the #DontRushChallenge

Till now, the challenge has been done in several ways, but these young individuals made sure theirs is something different. Earlier, we have seen girls dropping their makeup brushes to other participants to complete it. Whereas, boys also took up the platform but to trim their messy beard and do their hair in the most classy way possible.

Dropping in are some of the viral artists of Pakistan now who did the #DontRush Challenge as per their illustrative expertise. The group of eight took up the challenge to turn themselves into animated characters and pass the pen along. Starting with Umair Najeeb Khan, it went onto Pyroshi, Maha Abdul Alaam, Abir Kasiri, Haris Mansoor, The Creative Pea, Syed Samad Rizvi and Ameer Ali.

Indeed, it is an impressive work of art done with perfection and definitely a productive way to pass time these days. Speaking of the involved artists, Umair Najeeb Khan has been garnering praises for the characters he created earlier. Giving Pakistan its own cultured superheroes, Khan previously shared his startling work and honestly, we were blown. 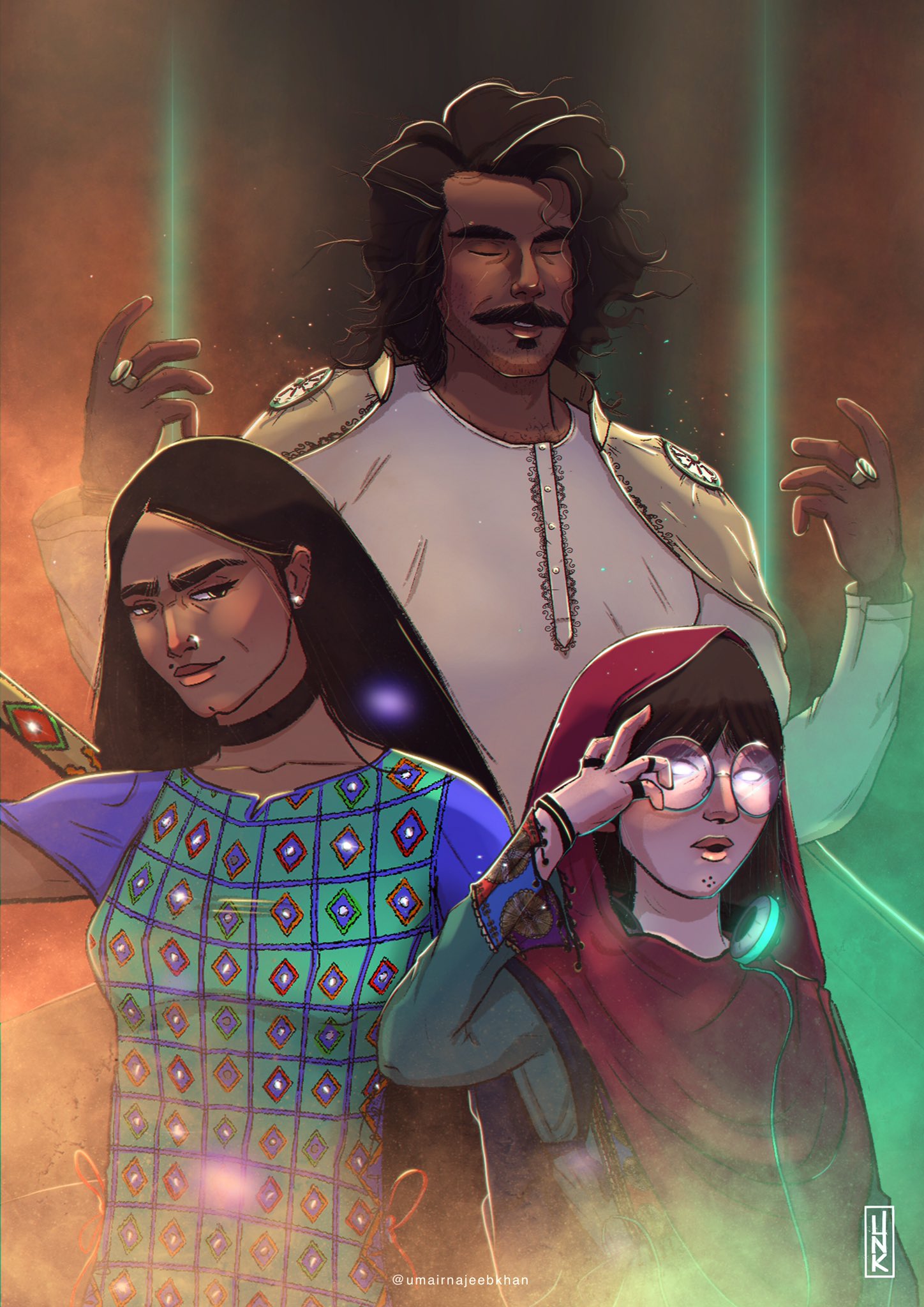 Initially, the artists had just revealed three characters from the series called Sofiyan, Bazira and Marvi, respectively. As per the details, all three characters had different superpowers to fight with the bad guys. Keeping the cultural aspect in mind, Umaari Najeeb Khan also chose their costumes as perfectly as they should be in the series.

Fortunately, this isn’t the first time, social media has witnessed such talent as there are many more who proved themselves. Certainly, it feels really relieving to see the young generation of this country making their name for the good. Best of luck to such mindful artists who aspire to change the world for the better by their creative endeavors.

Have you taken up the ‘Don’t Rush Challenge?’ Share with us in the comments section below!