Girl's Gruesome Special-Effects Creations Will Make You Bite Your Lips! 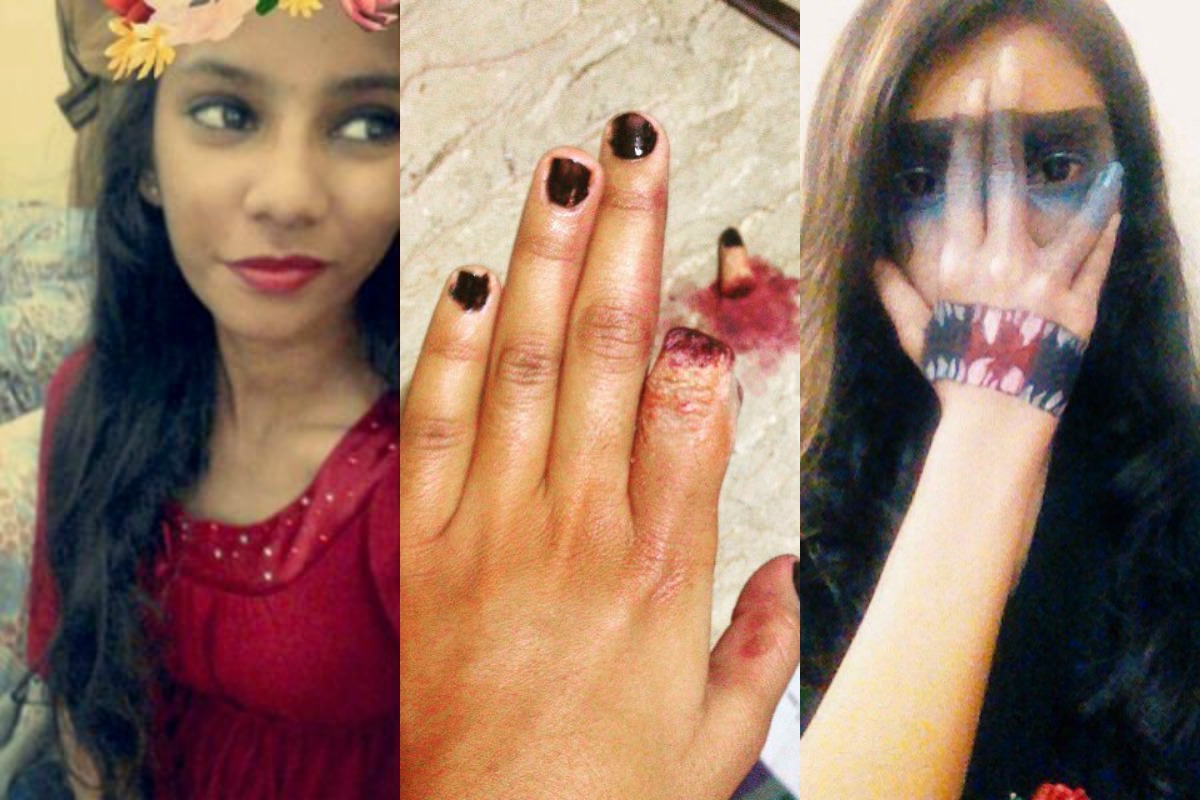 When it comes to talent, Pakistan is definitely not short of it.  With proper recruiting techniques, people can quickly begin earning from their talent which they either worked hard for or had in them naturally. It is a shame that such talents mostly go unnoticed, and industries and companies start looking for foreigners to aid them in their projects. However, Simran Waqar Dewan, who is a special-effects makeup artist, is one person that we just cannot ignore

Beginning at a young age of just 14 years, Simran has learned everything by herself. From buying wax to making fake blood, she knows how to make things look real and horrific.

Not only this, she is also skilled at creating bizarre facial portraits as one can clearly see.

However, she stated that people ignore her talent, which is why she took to social media to display whatever knowledge and skill she has acquired in the past few years.

If only people could appreciate more than criticizing, I could be the youngest sfx/face makeup artist of Pakistan. pic.twitter.com/PnmnEZh0zC

Need to stitch someone’s mouth shut? Simran W. Dewan is the person you should call!

If you don’t find this realistic and horrifically incredible, then you probably don’t have an eye for recognizing art!

Have you ever grazed your fingers so much that they turned out like this? Not even once? Well, here is an exhibition of how they might turn out if you do!

Simran’s social media accounts are filled with her artwork and wondrous displays of gruesome scars, cuts, and odd makeup styles. With proper direction and support, she is bound to become a renowned special-effects makeup artist that Pakistan’s Lollywood, or perhaps even the world, can make use of. For her, definitely, the sky is the limit!

Read Also; Here’s How You Can Nail The Perfect Eid Look This Year!