Muniba Mazari is an influential public figure for many reasons. She’s a talented artist, a proactive social activist and an inspiration to millions. Muniba personifies a subtle positivity in her attitude despite having gone through a major tragedy in her life.

Her accident only turned her into a more positive and proactive person, the least we could mention. However, Muniba is recently surrounded by a grave controversy involving her former husband who leveled serious legal charges against her. Thereafter, Muniba Mazari addressed the whole controversy with her side of the story. Now, it has not ended for her because an artist has come forward with another allegation on the UN Goodwill Ambassador.

Yeah Iron man who didn’t have guts to give rights to his wife, who was hiding for so many years an dnow asking for money. Found a walking woman outside his marriage (cheated on me) and married her right away when I filed divorce! Surely… he is an iron man! What an irony!

Laiba Baig, a professional artist accuses Muniba Mazari of plagiarising her work. She brought her claim to People Magazine and shared all details with evidence.

Laiba confronted Muniba, sharing all of her claims with her. She contacted Muniba but the celebrity denied having plagiarised anything or copying anyone’s artwork. She mentioned that she used a different medium, so it’s no way equal to plagiarism. 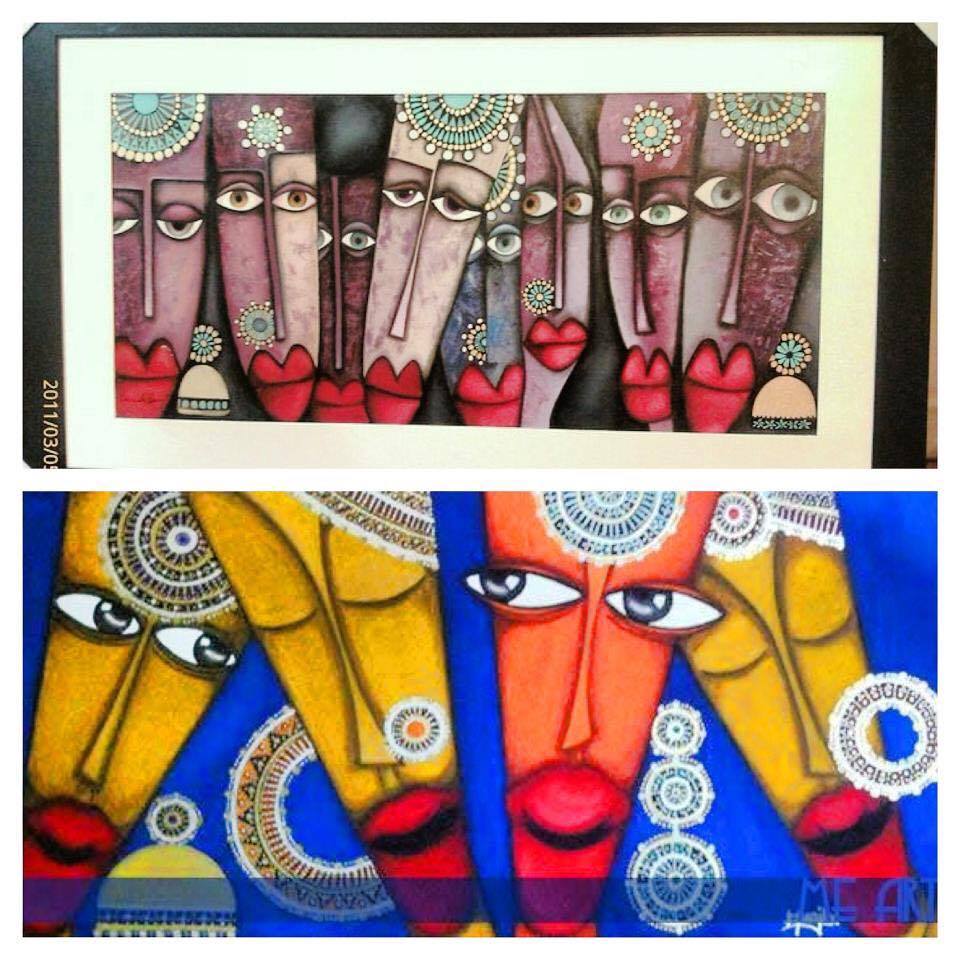 To which, Laiba thinks that the entire concept is same and Muniba thinks using a different medium to depict the same idea is okay. However, she thinks it’s the same as writing the same story in 2 different languages.

Laiba also shared a screenshot comparing her artwork to that of Muniba Mazari’s, treating it as a piece of evidence in her claim: 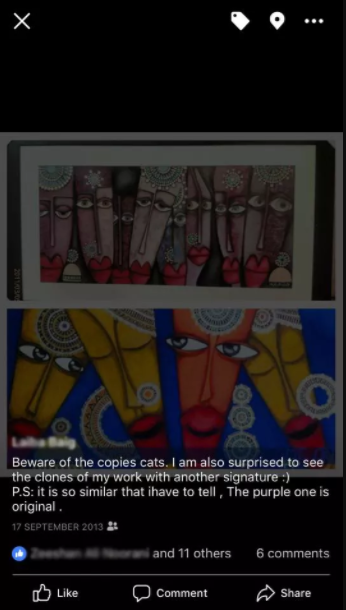 You can see the date I have posted! My blood obviously was boiling as my art is very dear to me and it’s really unethical to copy a professional artist’s work but I didn’t get deeper into it, neither name-shamed nor used media support because she is obviously a “bechari” for people after her accident. I would have tried to bring her down but that would only make me look terrible… so I didn’t do much!!.

Laiba Baig introduced her art collection in 2012; it was themed “Modernism featuring Traditionalism”. In 2013, she came across Muniba Mazari’s painting and realized that it was a copy of her artwork. 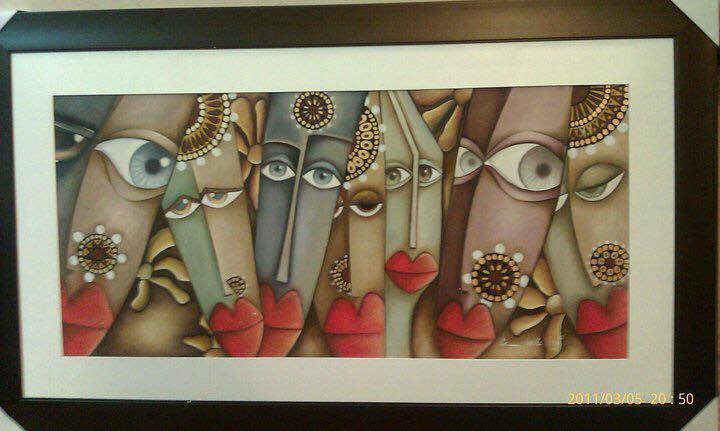 She exhibited her artwork at the Commune Artists Colony Gallery. Moreover, she shared that she did not take a legal action against Muniba because back in time, she was going through a trauma of her accident and was entangled in the process of recovering and moving on.

Well, it has surely sparked a massive debate now. People must have a thousand questions for both Laiba and Muniba now. What do you guys think about it?

Read Also: Muniba Mazari Just Confirmed That All Lawsuits Against Her Have Been Dismissed!