Pakistani Animated Movies/Series That Deserve Appreciation Yet Are Underrated|Parhlo.com

You’re probably tired of seeing these typical cringe Pakistani animated movies that barely have any story. And the animation seems as if it were sketched a night before. However, is there any good in bad-mouthing our own content for the memes?

Listen, we are a third-world country with hardly any interest in anything other than cricket. Will something as unique as the animation business survive here? You know it’s a dream.

This is why we need to team up and appreciate the ‘scraps’ that we already have.

Also, watching these movies will only increase the revenue flowing into your country, while you indulge in patriotism. A win-win no?

It’s for sure that Pakistani animated movies are NO WAY near the level of the animation king – Japan. It’s ridiculous how much animation itself has helped their economy.

To commemorate the existence of our country, here’s a Pakistani animated movies list: 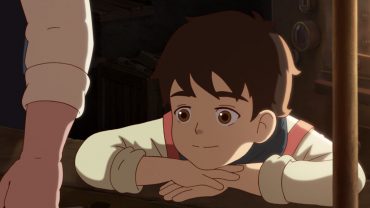 Most of you anime lovers might already have your eyes set on this bad boy.

Mano Animation Studios has released the teaser and trailer for this masterpiece. The movie is set to be an hour long and will release in 2020.

It’s quite depressing that it’ll be available after a year but it’s worth the wait!

The story is simple. A young boy falls in love with a girl but it’s how the story will flow and the fact that this is the first time something like this is happening in Pakistan is what counts.

This movie is determined to change the animation game in Pakistan FOREVER. The animation style is quite similar to Ghibli’s: a prominent animation company in Japan.

Ghibli is a well-reputed studio with countless hits. If you have no knowledge over their excellency then get to know them now! 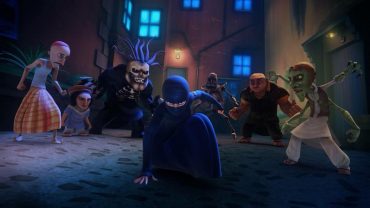 Yeah, we get it. This shouldn’t be taken seriously.

But can you look at it closely? This is the first time that little girls in Pakistan can see a female character as a hero!

Time to reevaluate your perspective? Yes.

Burka Avengers is a series about a girl wearing a burka and saving the world. It is normalizing the concept of women being responsible for something greater than cooking or cleaning. Even in cartoons, they’re just the housewives for goodness sake!

Can you imagine, looking at a woman fight the bad guys through her martial art skills? Is that a bad message? It actually encourages little girls to be strong and become a fighter that is physically strong. We’re sadly only focused on trying to make sure that our girls are mentally strong so that they can ‘survive’ in our society.

The Pakistani awaam can be funny yet cruel at the same time. We can easily trend something just because we hate it.

It’s quite upsetting that even a good movie can get lost in the shadows because we hate it so we can ‘fit in’.

To be honest, everyone can look at this movie differently. Some might dismiss it because it is ‘unethical’ but is a woman fighting really unethical? Take a moment to think over that.

Not to mention, the series actually showcases putting corrupt politicians to ‘justice’ coughs.

3, Allahyar and the Legend of Markhor 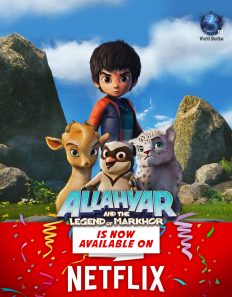 Are we kidding? Finally, a movie based in the northern regions of Pakistan where there is also an appreciation of the existence of this important animal!?

This is because of representation; it matters. Wouldn’t we hate it if Hollywood would’ve hired a non-brown person to do a role in a dominantly Middle Eastern setting? Of course, because that is the wrong representation. Who wants to see a white dude roam around in a desert with a fake Arabic accent!?

Everyone is obliged to see themselves on TV and that goes for Pakistan as well. Most of our animated movies just include some fat dude with a mustache that probably belongs to a middle region of Punjab (no hate to the Punjabi peeps though)

A Pakistani animated movie that properly captures northern Pakistan while encourages the audience to not participate in wild hunting!

Had you ever thought of the message behind such movies before discarding them as childish? I’m guessing ‘No’.

Imagine if Pakistan, as a nation, focused on creating more of such quality movies. It would be so easy to spread significant messages and Pakistani children could actually learn a thing or two.

But sadly, we’re too busy focusing on ‘peeche toh dehko’ or ‘kiya maal hai yaar’. Not going to lie, the phrases are funny though…. 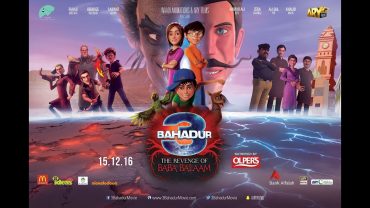 Children save the day! How boring.

No, hold your horses! These movies are repetitive, but they give out a really important message: stand up for yourself.

This is the same as ‘if the government won’t do anything then I would’. A pretty distressing phrase.

This show is displaying that we’re not just sitting around waiting for some other person in power to work for our favor. We are hustling for our own rights and that is beautiful.

3 Bahadur, as you’ve already guessed, is about three kids that are running around to save the world from injustices.

School ends and they fight crime. That sounds like the dream!

But is it that easy though? Of course not. However, inciting hope within children is important. Children that idolize heroes that care and sacrifice themselves actually tend to learn a lot of life lessons from them.

Life lessons that stick with them for ‘life’.

So what do we learn from the above information? Play superhero, be patriotic, beat the bad guys, and empower women? In a nutshell, yes but the main purpose is to remember the underlying messages behind animated movies.

It’s not always about ‘this goes against my views, so it’s wrong’ there should be leverage for art to be free and supportive.

And that is exactly what the makers of these animation movies must’ve thought before releasing their work to be judged.

This Pakistani animated movies list is to remind you that there is also a hidden message within such animations and instead of focusing on that we just continue to ridicule. You can always re-watch/watch these movies to familiarize yourself with certain messages or significance these movies/series carry.

Rare Video Of NAB Team Arresting Asif Zardari From His House Shows How Calm And Cool He Was!
Ahad Raza Mir Is Up For A Nomination At Betty Mitchell Awards For Hamlet
To Top