Hrithik Roshan is known for his dancing skills. After flaunting his dancing skills in Kaho Na Pyar Hai, his song Ek Pal Ka Jeena was a worldwide hit. Kids and grownups in all parts of the world were following Roshan’s dancing moves, especially one in particular which is still known as Roshan’s signature move.

However, there is someone who challenged the dancing skills of Roshan years ago and we couldn’t help but notice him again after years. 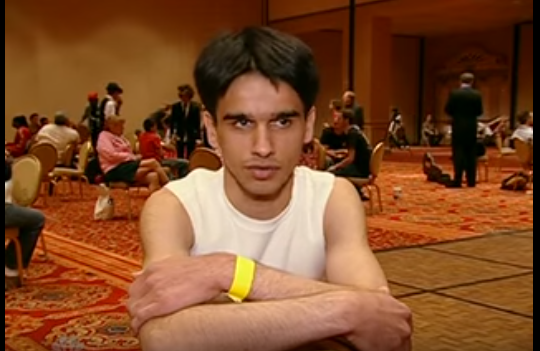 Kashif Memon from Chicago took part in America’s Got Talent in 2007 and gave his first audition on Ek Pal Ka Jeena from Kaho Na Pyar Hai. And from the looks of it, his dancing skills certainly gave Roshan a run for his skills:

After 9 years of this legendary performance by Kashif, this video is now doing rounds on social media and we couldn’t help but notice how confident Kashif was during his performances. From his first performance, Kashif mesmerized the three judges, David Hasselhoff, Piers Morgan and Sharon Osbourne and the crowd went crazy after Kashif did the signature step.

The sandwich seller, 22-year-old, from Chicago, had a dream of becoming a Bollywood star and he had his hopes high. As he was selected for another round, Kashif chose another legendary Bollywood for his LA call-back, Kaho Na Pyar Hai title song.

Much to our surprise, he was selected for the round of 20! After this energetic and powerful performance, of course, the judges couldn’t say no to him.

The quest of Kashif to become a Bollywood star didn’t stop here – Kashif chose a Bollywood dancing crew to dance with for his round of 20 performance on the song, Say Shavva Shavva from Kabhi Khushi Kabhi Gham.

Unfortunately, Kashif couldn’t qualify after this round. However, Kashif lived his dream of being famous. People were literally enjoying his performances and were grooving on the Bollywood songs he chose to perform on. As he mentioned in his interview as well, he loved how everyone took pictures with him and invited him to their weddings. Kashif, for a very short time span, lived a dream he had imagined.

I for one certainly wish we could see more of these desi performances in international platforms. It takes a great deal of confidence to perform the way Kashif did and it makes us wonder where he is now. Kudos to the president of Swag!!

Raise Your Voice Against Barbarism, Because Our Silence Is Killing Them…
This Girl Uploaded Her Picture On Snapchat And What Her Friends Did Next Is What We Call Goals!
To Top