Pakistani Actress Mahira Khan Is Using Her Fame To Talk About Serious Issues|Parhlo.com

It is no secret that Pakistani actress Mahira Khan is a prominent figure within the Pakistani showbiz. She is so successful that she was the first Pakistani actress to debut at Cannes. Every citizen understands that her platform is grave and that she has the entire spotlight above her head.

How is she using her platform for the good? Well here is a shortened list of the social work that Mahira has done throughout her career:

The Pakistani actress Mahira Khan went to visit an Afghan refugee camp in Karachi. She uploaded a couple of pictures on Instagram along with a heartfelt message regarding the refugee crisis. Also, she raised her voice towards the people in Afghanistan suffering within their country. 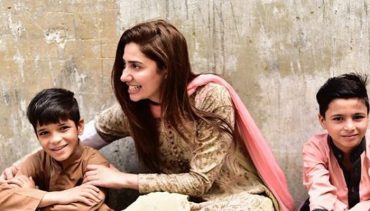 The note on Mahira Khan’s Instagram reads, “A lot of times my job has allowed me to witness days and moments that humble me. Today was one of those days. Today I’m also proud to say that my country is one of the most generous countries of the world. The Government and people of Pakistan – with the support of the international community – have been generously hosting Afghan refugees for nearly forty years. Since 2002, around 4.3 million Afghan refugees have returned back to Afghanistan under the largest voluntary return program in the world,”

Moreover, Mahira is trying to further the idea that Pakistan needs to keep sheltering these Afghan refugees as we are their last hope. She mentions, “The UN refugee agency has been closely working with the Government of Pakistan and other partners to ensure that the rights of refugees are fully protected. Pakistan continues to host 1.39 million Afghan refugees”

In addition, Mahira Khan’s Instagram got lovely comments throughout Pakistan for her idea of spreading awareness for Afghan refugees.

Regarding the case of ten-year-old Farishta, who was raped and murdered. Mahira took a stance to talk about the importance of teaching young children the meaning of inappropriate touch. “This is a tragic event, but such terrible incidents are happening all over our country. Children are suffering such incidents and we need to do what we can to prevent this,” said Mahira. 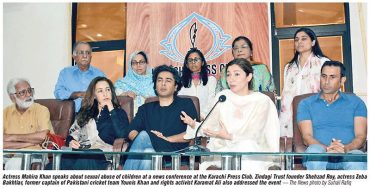 She then further added, “We aren’t taught as children what is an inappropriate touch. Parents and teachers should teach their children about these things. Awareness of good touch and bad touch should begin at home and awareness to prevent abuse should be taught at home and school.”

Whether people have decided to agree with this or not wasn’t a concern for the Pakistani actress Mahira Khan because she firmly believes that children should be able to distinguish between touches. She said, “This is something to give importance to. Whether it’s the police, the child protection unit or counselors, they should be involved in helping children be aware… We need child psychologists and therapists in our child protection units to help them.”

Even though she believes that people who molest and hurt children should witness a punishment, she also affirms that people need to aware children. This is an issue that needs major coverage in Pakistan where children can be vulnerable to harmful individuals.

Mahira Khan Talked About The Misconception Of Rape And The Death Of Farishta:

On Twitter, Mahira Khan lost it when a Twitter user mentioned that the vulgarity we see on television is what is responsible for the sudden rise in rape. This was said after the news of 10-year-old Farishta.

Mahira immediately took to Twitter to mention that rape is always the rapist’s fault and isn’t the cause of Pakistani television showing ‘vulgarity’. She said, “Really? The ‘vulgarity’ causes someone to go rape a 10 year old and then kill her? Get a grip. It’s the mindset! It’s the shame associated with it. And no I will not back off. My voice. My life. I will do whatever I want with it”

Really? The ‘vulgarity’ causes someone to go rape a 10 year oldand then kill her? Get a grip. It’s the mindset! It’s the shame associated with it. And no I will not back off. My voice. My life. I will do whatever I want with it. https://t.co/exOTug98pj

Moreover, the Pakistani actress also addressed the case of Farishta. The girl’s parents had filed a missing person report to only take days for the search to begin. The police didn’t seem to take the case seriously as they believed that the child must have ran off from home. However, her body was found and it was in confirmation that she was murdered, kidnapped, and raped.

The police took the child’s relative in custody but the case is still on a halt. Regarding this incident Mahira went on Twitter to mention, “Sick to my stomach. Stop sharing graphic images of the poor child. For God’s sake! Twitter is there not a way to disable people from uploading such content online??!!”

Sudan has been suffering due to innocent protesters being killed in broad daylight. More than 100 people are reported to have lost their lives. Not to mention, this growing crisis is barely covered in the media. 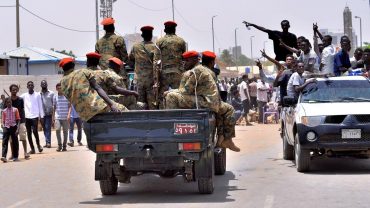 The people that know have been changing their profile pictures to blue but even that is unknown and questioned by half the social media.

Considering the killing of the protesters and the rampant massacre going on, people have been killed, raped, and discarded into the Nile River. In response to the crisis, Mahira Khan then mentions on Twitter “Why is barely any international news channel giving this proper coverage?” she tweeted. “It’s heartbreaking to read about what’s happening in Sudan and so is the indifference towards it.”

Why is barely any international news channel giving this proper coverage? It’s heartbreaking to read about what’s happening in #Sudan and so is the indifference towards it. https://t.co/YxSRISaIIf

She basically demands organizations with the necessary privilege and platforms to cover the ongoing massacre.

Read Also: Mahira Khan Nails the Ban on ‘Verna’ with a Powerful Tweet

People with fame should be able to call out the wrong in the world as they consist of the necessary power to make a change. This is something many of the fans of such celebrities forget. Sometimes celebrities don’t cover such issues but that in a sense is the same as neglect. And it is important for issues like the Sudan crisis to be spread. What Mahira Khan does might not have a huge impact but it is still playing a role. She has a huge following and a worthy fan base. Whatever she posts people will flock towards it and that is the case for most celebrities.

What do you think of her social work? Share your thoughts.

Karachi Court Has Issued An Arrest Warrant For Altaf Hussain And This Time, It’s For A Murder Case!
Airspace Ban Which Has Already Costed Air India Millions Is Extended Till Further Notice
To Top