Everyone has been so busy with cricket that no one got to notice that Pakistan’s Snooker team won the ACBS Asian Team Snooker Championship 2019 by defeating India in Doha. Pakistani’s have been so fixed on beating India at the Cricket World Cup that they forgot other sports exist. The Pakistani snooker team deserves just as much love and appreciation.

This Shouldn’t Just Be Dismissed As Pakistan’s Snooker News – It Is Impressive:

The members of the Pakistani team Babar Masih and Zulfiqar Qadir claim victory by defeating Laxman Rawat, Aditya Mehta, and Pankaj Advani of team India. They got to take their trophy home. Anyone that knows of the news has been impressed by the team’s abilities to push through. 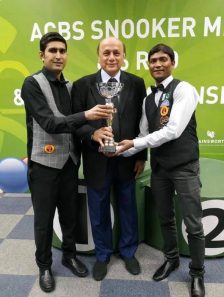 The Pakistani team kept moving forward with their talented approaches and perfect training. Every shot of theirs remained in their favor. Moreover, Pakistan beat Syria in the quarter-finals and Thailand in the semi-finals. It is evident how desperately Pakistan is looking for wins within cricket but once the country wins in another sport we turn our heads. It is a sad situation as we should appreciate every achievement of our country fulfills.

One of the members Babar Masih is included in Pakistan’s top snooker players and he belongs to a Christian family. It is a great feat to break all barriers and make a Muslim country proud; as all of Pakistan comprises of diversity yet all of us are equal. The Asian Team Snooker Championship 2019 will definitely be remembered. 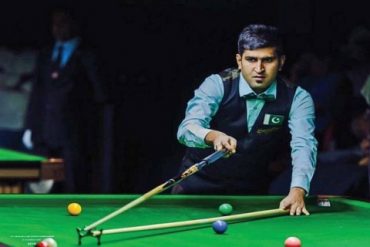 It is important to consider every single achievement as a blessing and not pit them against each other. This user puts everything to perspective. “Pakistan is set to face Afghanistan in cricket today. In other news, our little Hamza has beaten India in straight three games in semis of Asian squash junior. Pakistan’s snooker has become an Asian double champion. Let one success doesn’t overshadow others. Thank you”

Pakistan is set to face Afghanistan in cricket today. In other news our little Hamza has beaten India in straight three games in semis of Asian squash junior. Pakistan’s snooker has became asian double champion. Let one success doesnt overshadow other. Thank you ❤️

Many of the congratulatory tweets are similar to this one. The Pakistan snooker news has people waving their flags in pride. Just social media acknowledging the players’ efforts and dedication to bring home a trophy for their country. “Pakistan won the Asian Team Snooker Championship 2019, beating India ?? by 3-2 sets in Doha, Qatar. No financial or sm support still they always made us proud. Thank you” said the content user.

Pakistan won the Asian Team Snooker Championship 2019,beating india ?? by 3-2 sets in Doha,Qatar ??
No financial or sm support still they always made us proud.??✌️thank you. #Pakzindabad #Snooker 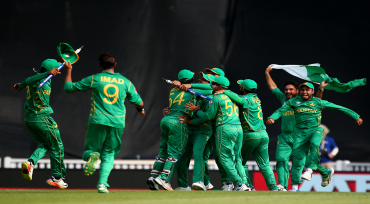 Even though there are multiple reasons for this nation’s obsession with cricket. Many of them are cultural factors connected through history. According to a well-known author Osman Samiuddin, Pakistan became obsessed with the sport because they beat England in 1954. He said, “To beat England in 1954 was the triggering moment for cricket evolution in Pakistan. Beating a country that ruled you for such a long time and in the game they invented (and in their own backyard) was actually the beginning of cricket following in Pakistan.”

While Dr. Murad Musa Khan believes it’s just another passion, calling it “madness of a positive kind”. However, both can be true. It will take quite some time to go back and look at the roots of Pakistani cricket.