The exchange of hard dialogues between Indo-Pak officials at its peak, after the amendment of Article 370 in the Indian Constitution. However, the Indian prime minister has always promoted hatred with his irresponsible statements. In this context, recently, Modi gave warmongering remarks against Pakistan which were strongly condemned by the Pakistani government. 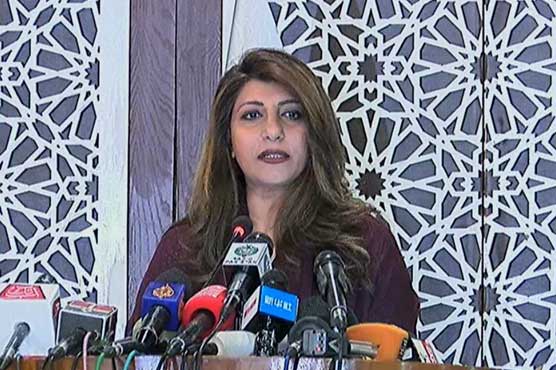 Pakistan hits back with a strong response by rejecting Narendra Modi’s baseless claim regarding Pakistan’s defeat in a war. The officials of the foreign office said it is a very irresponsible statement by the Indian PM at this crucial time. Moreover, they warned the Indian government against under-estimating the capabilities of Pakistan’s forces.

“Pakistan completely rejects Prime Minister Narendra Modi’s irresponsible and war-mongering remarks. These remarks are another reflection of India’s incurable obsession with Pakistan and the BJP government and leadership’s desperate attempts to divert attention from growing domestic and international criticism of their discriminatory, anti-Kashmir and anti-minority policies,”

It started when Mr. Modi claimed that Indian armed forces could defeat Pakistan in seven to ten days in case of a war. He was addressing at the National Cadet Corps rally and accused Pakistan of initiating a proxy war against India in Jammu and Kashmir.

While justifying his activities, he also said that previous governments did not permit the armed forces for operation. But now the country is moving towards “yuva soch” that’s why we teach terrorists a lesson in their own backyard with the strikes.

Well, this is not the first time that the other side of the border gives such rhetoric remarks. Earlier to this, the new Indian army chief also claimed that Indian troops could occupy Azad Kashmir if the parliament mandated their army to do so. Meanwhile, the foreign officials of Pakistan show their concerns by pointing out the radical approach of the neighboring country.

The Indian prime minister’s threats and provocative statements further illustrate the extremist mindset that pervades the BJP leadership and has evidently permeated the state institutions in India,”

On every platform, Pakistan has always cautioned the world about the possibilities of Indian undertaking a military misadventure against Pakistan. However, the threat of this misstep has increased after the approval of the controversial citizenship bill in India. In this regard, the protest has been going on for several months across the country. While the situation is getting worse with every passing day.

Moreover, the Indian occupied Kashmir has been under curfew since Aug 5, 2019. In this scenario, it is feared that India will do some collision to divert the world’s attention from its internal issues.

Although, the FO reminded the neighbors about the immediate effective response on the Balakot misadventure and defended Pakistan armed forces:

“No one should underestimate the resolve of the people and the armed forces of Pakistan to effectively thwart any aggressive action,”

As of now, Pakistan urged the international community to take note of India’s continuous aggressive approach. Furthermore, warned that these moves posed threats to regional peace.

‘Zameen’ Ready To Inaugurate Karachi Expo On February 1 and 2!
Did The Movie Contagion Predict Coronavirus Outbreak In 2011?
To Top