Pakistan Among Top 3 Countries To Have The Most Donkeys!

Now, this is an achievement you don’t get to witness every day! Pakistan named as the 3rd country in the world with the most donkeys!

According to reports, Lahore has the largest quantity of donkeys, so much so that they have earned Pakistan a spot in the list as one of the countries to have the most donkeys! 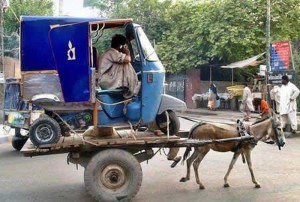 According to Geo News Lahore has the highest number of donkeys alone. The population has climbed to over 41,000 and it is increasing with time.

A ‘donkey hospital’ is also established by the Punjab government to cater to the animal’s medical needs free of cost.

that the number of asses/donkeys in lahore is on the increase and acc. to official punjab govt sources pakistan has the 3rd largest population of asses in the world.

China stands at No.1 and Ethiopia at No.3 in the donkey population.

Previously, in Sheikhupura a team of police and the livestock personnel caught red-handed two butchers.  They transporting 80kg donkey meat to Lahore near Chah Bhagwan.

In other instances, dog meat was also caught at some slaughterhouses which were being moved to sell in the market.