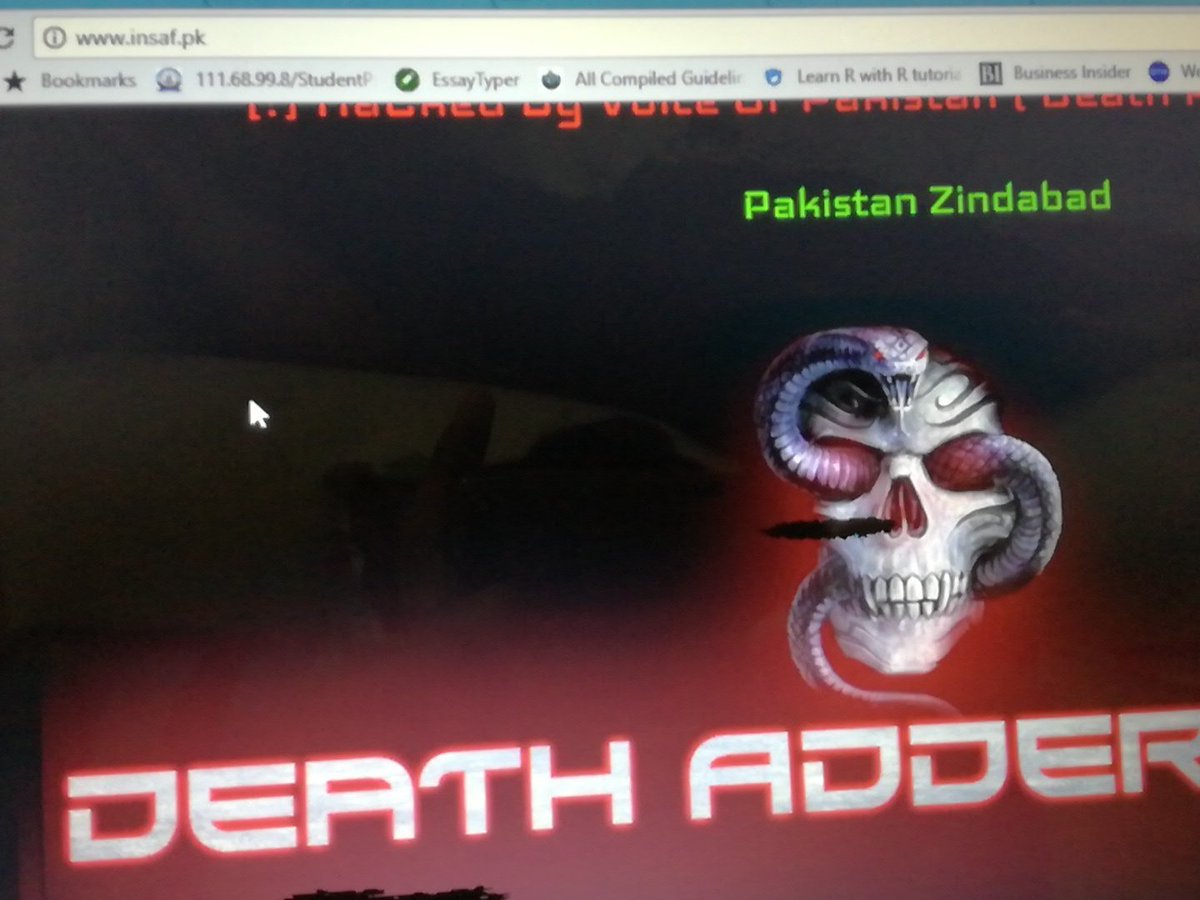 Here are some of the screenshots of the website:

It has been mentioned on the website that it was hacked since PTI has no respect for women. The hackers also posted former PTI MNA Ayesha Gulalai’s picture doing press conference, to extend their support.

It also states that PMLN is a much better political party as compared to Pakistan Tehreek-e-Insaaf (PTI) and that they will ‘never vote for Imran Khan.’ This pro-Pakistani group also wrote ‘Pakistan Zindabad’ on the website.

The news spread like wildfire. A number of people tried to log in, some of them recieved a message that it has been ‘recovered by PTI lover’

Earlier in the day Ayesha Gulalai (addressing a press conference in Islamabad) claimed that Imran Khan wanted to introduce western culture in Pakistan, also that female workers were “not safe in the party”.

“PTI, especially Imran Khan, has no moral values when it comes to treating their female members. I belong to a tribe from Waziristan and for us Pakhtoons, respect and moral values are everything.”

“PPP knows how to treat and respect women. BB gave me two party tickets for my talent and performance as a worker,” she added.

The former PTI worker said nepotism is rampant in Khyber Pakhtunkhwa, adding that Chief Minister Pervez Khattak has given government contracts worth billions of rupees to his relatives.