Pakistan Suffers Because of A Pakistani. Lies Within A Dead Space .. 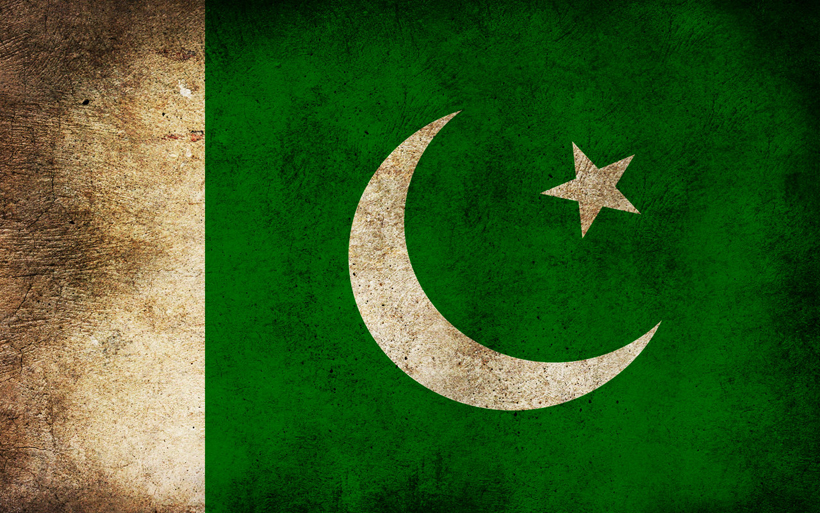 When tragedy befalls a nation, the fortitude of millions is tested. Their resolve in the face of adversity is what ends up being written in stone, ingrained in the minds and souls of those who walk its soil and dwell therein. It serves as an immutable memento for those who took a stand and persevered in an attempt to mitigate the hardship that plagued their national emblem. To them, defending their nation hadnâ€™t been a mere act of courage, but a sacred duty they designed to uphold. But what if the gauntlet was never picked up? What if indifference and apathy were the norms and the cries of the defenseless fell on deaf ears?

This is a nation so immune to incessant pandemonium, that hopelessness has flooded the hearts of its people and crippled their inherent unification. This is the nation once conceived through a united cause but now lies at the throes of disintegration, through the hands of its own citizens who stand mute.

The real tragedy in question lies not in the headlines plastered within our newspapers, telling tales of the horrific occurrences of days gone by, nor does it lie amongst the palpable despair in the air. The real enemy in question isn’t he who wears a suicide vest, nor is it the men and women who sit in assemblies, and fill their pockets whilst the poor struggle to make ends meet. The real war in question is not against terror, injustice, corruption or sectarianism, or the decadence our society has become riddled with. The real war, in fact, rests within ourselves.

What if behind the profusion of glitches and predicaments lays one single binding factor; inaction? It is often said to remain silent and indifferent is the greatest sin of all. If so, it is one we’re all culpable of.
The common man, one who sat and observed, is he who did not voice his dismay and demand that the perpetual chaos ceases. Whilst some nations have (in the recent past) taken to the streets in conjunction with one another, others sit still, in the comfort of their homes, uttering nothing.

If we were to delve further into this, we’d find that our humble abode lies not in the nation that we’ve embraced, but in fact, in a bubble. We have become comfortable in this seemingly Invincible Bubble, and are more than happy to act oblivious to surroundings, whilst turning a blind eye to everything that seemingly does not concern us. Whether it’s because we live in a state of denial or sheer apathy, the epistemology of street culture never made its way to Pakistan, nor did the urge to break free from the chains we find ourselves shackled in. What did, however, manage to inculcate itself into our DNAs was insurmountable self-interest.

As entire cities are being torched by what can collectively be termed â€˜turmoilâ€™, normal life elsewhere resumes, finding a way for the ever-prevalent Ostrich Syndrome to breathe free.

The protests are always few and far between and find themselves being continually subdued by the costly war of attrition between the finer nuances of democracy and the ephemeral promises made by the dexterous politicians.

Would the increasingly dire situation be any different if we were to reiterate the importance of educating the masses within our society? Education: undoubtedly the cornerstone of every successful nation. By educating those individuals sinking into this quagmire of hopelessness, we not only impart to them knowledge of their own rights but also teach them the sacredness of humanity. To rise above the acts of the injustice running rampant around them is what the citizens of this land require. Are we finally going to move past the day and age in which â€˜educationâ€™ is just a word used in fancy speeches, and results in becoming nothing but an additional symbol of useless rhetoric, which is forgotten the millisecond power is bestowed upon the person uttering it? Truth be told, it is difficult to tell if we are ready; ready for actual change, for an actual awakening.

At this point, we must all ask ourselves, â€œWhat will it take? â€ What will it take for people to rise up, to speak up? How much more blood has to flow freely before we decide â€˜enough is enoughâ€™? What is will prove to be our actual wake-up call? When will we decide to finally stop hitting that snooze button after the countless number of alarms bells that have already gone off? Are we always going to be categorized as a nation that acts â€˜too lateâ€™?

These are all pertinent questions which we, perhaps, have no intention of addressing. We are far too consumed in playing the â€˜waiting gameâ€™; waiting in the hope that tomorrow it will all be well and the issues will redress themselves. We wait to see which individual will be the one to rise up and take charge, not even for a second believing that individual to be us. Every second in which a new tragedy greets us is another day, week or month lost in the fight to cease this constant wreckage. Are we alright with resigning to the fact that we have established a loving bond with that snooze button and donâ€™t in fact mind writing the word â€˜lateâ€™ in front of the names of loved ones lost? Or will we finally get out of this bed of insanity, and take charge of our own futures?

The cliched saying, “act before it’s too late” has never seemed more appropriate than in present times. And here’s the spoiler of what most utopian ideologies (which favor the waiting game) won’t tell you: We shall continue to regress and diminish, till finally, there won’t be many of us left to fight back.