Dr Firdous Ashiq Awan, Special Advisor to Prime Minister on Information and Broadcasting, has announced that the Higher Education Commission (HEC) of Pakistan is awarding about 3000 scholarships to Afghan students in Pakistan and their hometown (Afghanistan).  Pakistan offering scholarships again shows the hospitality of the country. 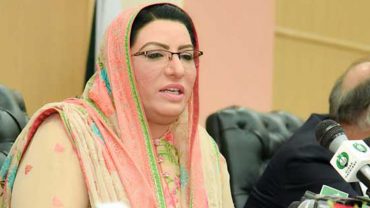 This is an impressive achievement considering that Afghans live in a war-ridden country and education can be difficult to pursue. Moreover, this opportunity can help bring Pakistan and Afghanistan closer while diluting the poor relations between the two countries.

Many of the talented and capable Afghan students would be able to avail this opportunity and pursue their dreams. In addition, they barely get to display their hard work due to poverty as well. Therefore, such golden chances are extremely significant. Even though, this might seem like a normal scholarship but taking into account the struggle these students go through for such occasions, this is a great feat.

She further mentions that the students are also offered to study PhD and MS programmes in Pakistan. Moreover, about 600 students are going to be enrolling in various engineering universities.

Afghan Refugees In Pakistan And Their Thoughts:

The Afghans living in Pakistan consider the country their home. Many of the refugees have been living in Pakistan for decades now. According to the United Nations High Commissioner for Refugees (UNHCR), Pakistan harbors more than 1.4 million Afghan refugees. Pakistan truly is among the top contenders for providing hostage to refugees. Some believe it is selfish to ask the Afghan refugees in Pakistan to go back to their homeland because they have become so accustomed here. If they leave then that would mean starting over again and that is difficult. Therefore, many of the refugees are trying to become Pakistani citizens so they can live in a country they have spent years in. Even Pakistani celebrities are giving attention to the refugee crisis. 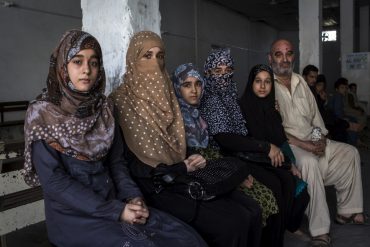 Nevertheless, these scholarships can be assisting for a lot of financially struggling Afghan students that just want to pursue a degree. Keeping various political tensions aside, it is always for the better to help humanity first. Pakistan is the largest refugee host because that it looks into the people first. That is something many of the Pakistani citizens should follow as well.

Well, what do you think of the situation? Share your thoughts!

DFresh Is Now Delivering Fresh Vegetables & Fruits To Your Doorstep And What More Could You Ask For?!
Veena Malik Just Took Serious Shots At Nawaz Sharif & PML-N And She Might Join Politics Soon!
To Top