Pakistan Is Supposed To Pay About $5.9 Billion Due To The Reko Diq Case|Parhlo.com

The World Bank’s organization International Centre for Settlement of Investment Disputes (ICSID) has said that Pakistan will need to pay an amount of $5.9 billion because of the Reko Diq case. This involves the Tethyan Copper Company (TTC) which is a joint venture between Canada’s Barrick Gold and Chile’s Antofagasta Plc. The ICSID has declared a penalty of $4.08 billion as well as interest that reaches an amount of $1.87 billion. However, further details regarding this incident are still in the pipeline.

Dr Firdous Ashiq Awan, Special Assistant of the Prime Minister, mentions that the attorneys and law ministry are actually evaluating the case according to international laws. Moreover, she addresses that the government is trying its best to settle the issue. She tops it off with, “This is what I can say right now,”

The Intensity Of The Reko Diq Case For Pakistan:

It seems that the Tethyan Copper Company’s (TCC) management said that there is a damage of about $11.43 billion. The company completed a detailed study mentioning the background for the mine development at Reko Diq in 2010. And, they also submitted an environmental and social impact assessment report and a mining lease application. Then, the TCC ended up filing for international arbitration in 2012 because Balochistan’s government did not take a leasing request from the company. They mentioned that Balochistan’s government violated the Chagai Hills Joint Venture Agreement (CHEJWA) settled between TCC and the government. 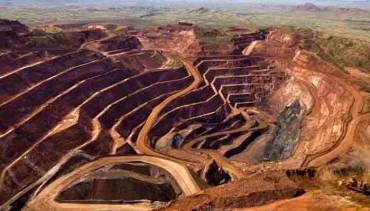 The company has discovered various minerals in Reko Diq. Not to mention, it said that it has invested more than $220 million. According to the Tethyan board chair William Hayes, the company will still persuade its issue with Pakistan. He said, “it would continue protecting its commercial and legal interests until the dispute was over.”

Even though the ICSID had declared the case against Pakistan in 2017, yet the total damage was unknown so that is why the case was at a halt.

The Reko Diq mine is well known for being a huge resource of gold and copper. It is considered as the fifth-largest gold deposit as well. Its location is near the border with Afghanistan and Iran. Moreover, the area is within the Tethyan belt that extends till Pakistan. Prime Minister Imran Khan is using the mine as a test to ensure that foreign investment flows into Pakistan, which is also needed due to the on-going economic problems. In addition, the Pakistani military believes that this mine can be used as a national asset. Therefore, furthering its development despite the disagreements is definitely the work of the military as well.

Read Also: Balochistan – A Diamond In The Dirt? 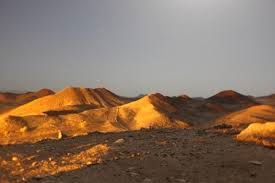 The government of Pakistan is working towards the issue. However, there is less information regarding the crisis known to the public. If the case isn’t settled soon then it can account for a lot of potential damage to the country. Not to mention, Pakistan’s economy is still under constant attack from the continuous vicious cycle it is stuck in.

What do you think of this situation? Would Pakistan be able to declare its innocence and make it out of this mess? Or will it have to pay the amount penny by penny? Share your thoughts.

Honda Atlas and Indus Motors Halt Production In Pakistan Due to Increasing Prices and Everyone’s Surprised!
This Pakistani Kid Explains the Importance of Paying Tax and Well, EVERYONE Needs to Watch It!
To Top