Pakistan To Be Part Of US-Taliban Peace Deal Being Held In Doha!

On Tuesday, Foreign Minister of Pakistan, Shah Mehmood Qureshi stated that Qatar had extended its invitation to Pakistan to attend the signing of the peace deal between the USA and the Taliban. 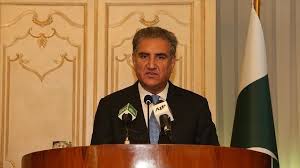 Mike Pompeo, US Secretary of State, revealed the agreement will take place on February 29, 2020.

Doha to host the peace talks

Taliban and USA have negotiated a draft agreement in the consistent on-and-off negotiations that would be hosted by Doha, Qatar. Taliban also has its political office in Doha.

Qureshi said that he was invited by Qatar for the signing ceremony. The invitation was from Qatar’s foreign minister and deputy prime minister.

Pakistan’s foreign office had earlier expressed its desire for the signing of the peace agreement between the Taliban and the USA. It had also urged Afghanistan to seize this pivotal opportunity and create an inclusive political settlement.

Official statement of the foreign office:

The foreign office said: “Pakistan had always supported peaceful negotiations between the Taliban and the USA. Pakistan had facilitated this important process and had contributed to this progress. Pakistan also reassures its support for a stable and peaceful Afghanistan.”

The signing of the peace deal between the Taliban and the USA will certainly be a historic development. The deal will also be helpful in leading towards long term peace and prosperity in Afghanistan.

Before departing for his visit to India, President Trump expressed his personal desire that the negotiation will certainly go through.

The Taliban and USA troops have observed a week-long truce named as “reduction in violence”. This truce focuses on reforming the hostile atmosphere between the USA and the Taliban. The truce took place after several months of negotiations between the two countries. 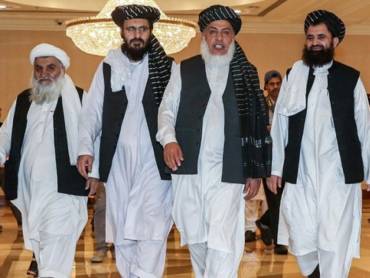 The US has also been in negotiation with the Taliban for almost 2 years to complete an agreement. In that accord, it will be able to pull out thousands of its troop members.

The peace talks between the USA and the Taliban are expected to start in less than two weeks of the signing agreement. If they do lead towards a further decrease in violence, the USA will start a troop reduction in Afghanistan.

The agreement between the USA and the Taliban does provide leverage for withdrawing the USA based coalition forces from Afghanistan. It is a process for creating political reconciliation among Afghan parties to resolve conflicts through a peace negotiation process.

Here’s How You Can Find Out Who Has Been Ignoring You On WhatsApp!
PAF Displays Remains Of Abhinandan’s Plane As ‘Surprise Day’ Nears
To Top