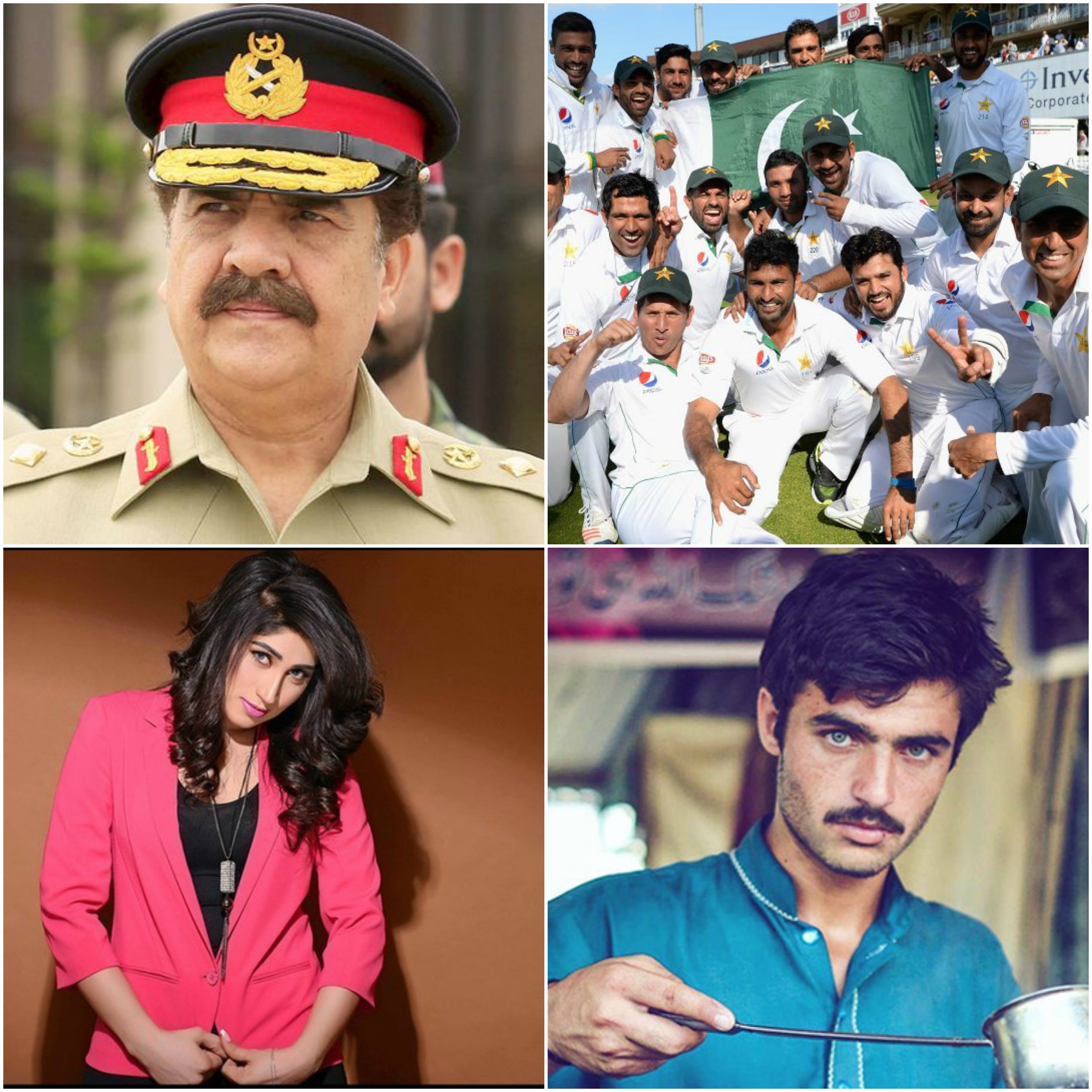 The year 2016 is going to be end soon. Many people entitled it one of the worst years for Pakistan as many of our icons including Edhi Sahab, Amjad Sabri, and Junaid Jamshed passed away this year. Where the tension between opposition parties and government became more fierce, the world also witnessed some unexpected appointments. Where Burhan Wani triggered the Anti-India Movement in Jammu Kashmir, the APS attackers targetted the Bacha Khan University and marked 21 January as another bloody day for Pakistanis.

Within these circumstances, Pakistani people never set to the rest and made the year 2016 memorable too.

One of the mega projects of Pakistan with the collaboration of China has started formally from November when the Chinese containers reached Gwadar. The China-Pakistan Economic Corridor is considered an immense project for the future of Pakistan. However, given its economic potential, attempts by our enemies and separatist elements to sabotage the project were always on the cards. To deal with the threats, the military, and civilian leadership devised plans to protect the CPEC infrastructure, including the establishment of the Special Security Division (SSD).

Instead of the immense popularity of former COAS General Raheel Sharif, he left his seat after the completion of his 3years tenure. Different media channels were propagated about the martial law and his extension, the rumors died on its own when General Qamar Javed Bajwa took oath as new COAS. With this appointment, the faith of Pakistanis on democracy has been revived.

On July,8 Indian troops were unaware that they hadn’t targetted Burhan Wani, they actually pressed the trigger of Anti-India Movements. After the death of Burhan Wani, new sessions of protests has been started in which many Kashmiris lost their lives. In these worst circumstances, Pakistanis supported them at every platform and demanded UN for taking preventive measures.

After the ban of three years, Pakistanis were able to have access to Youtube in 2016. Not only that, Youtube Pakistan officially launched with which every local can have their own channel and make money from it. The viewers can also watch the Youtube videos offline after downloading them. This stance was considered as the new tech era in Pakistan 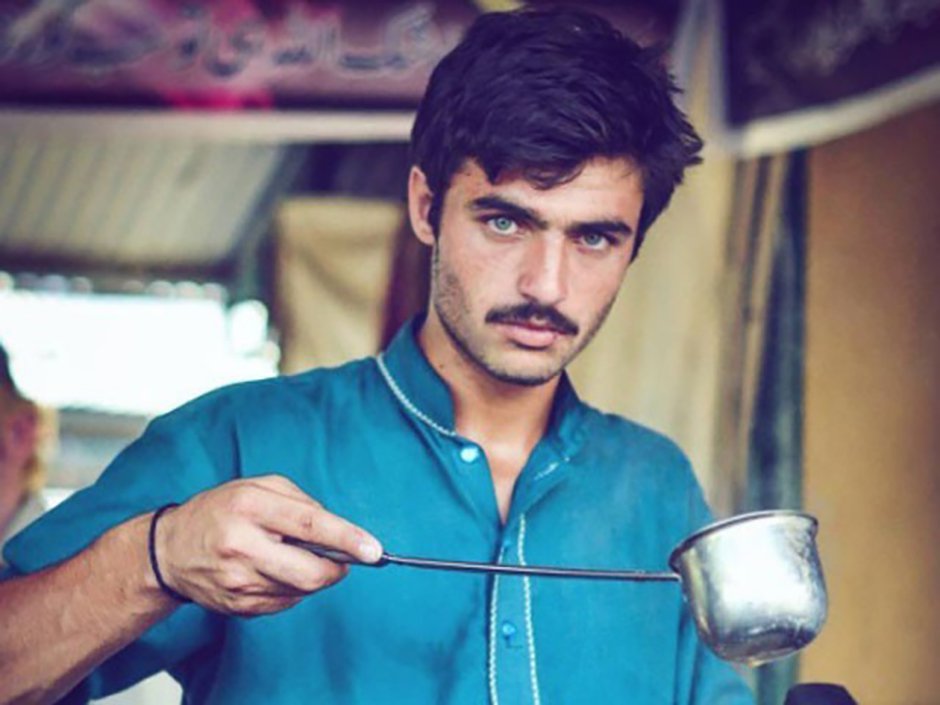 When the Pakistan ranked third as the land of sexist man in 2015, who knows that the Chaiwala would come forward as another example. A random picture of Arshad Khan a.k.a Chaiwala goes viral not only in Pakistan but also recognized internationally. Even Al Jazeera and BBC reported that how much beautiful Pakistani people are!

6. The Best Cricket Team Of Pakistan

The pushup master Misbah-ul-Haq received the gold mace from ICC Chief for performing as the best Test Team. Pakistan achieved this title for the first time since 2003 when this ranking started. Misbah shut the mouth of the critics after being awarded the gold mace.

For the very first time, Pakistan launched its online movie “Oye Kuch Ker Guzar” with the collaboration of Djuice. The movie is, according to the movie and trailer, empowering the youth in a unique way.

After the murder of the outspoken social media star Qandeel Baloch, the Parliament of Pakistan passed the bill of “Honor Killing” according to which the killers were not allowed to walk free even after the family members pardoned them. However, the questions on the implementation of the law still exist but the lawmakers are considering it as the major step against honor killing in Pakistan.

9. Pakistan Makes His Way To Google’s Hall Of Fame 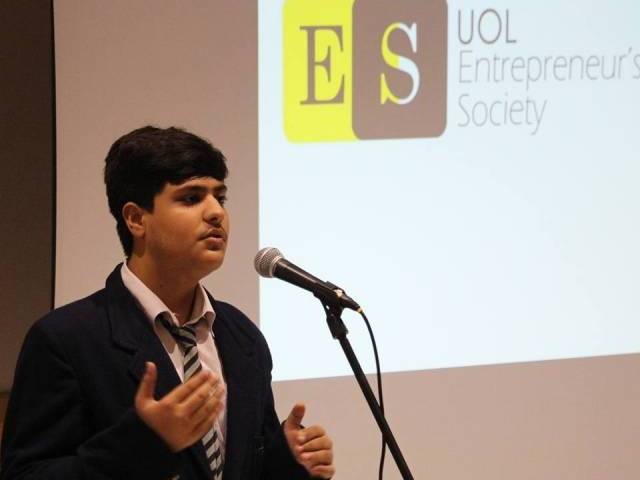 14 years old Muhammad Shahzad made his way to the Google Hall of Fame for highlighting the security issues in Googles’ acquisitions. This “ethical hacker” amazed the Google that how a younger boy is well known of Softwares and their hacking systems. He not only go through Google only, Shahzad pointed some vulnerabilities to Apple for which he was mentioned twice on their page. Brilliant bravo! 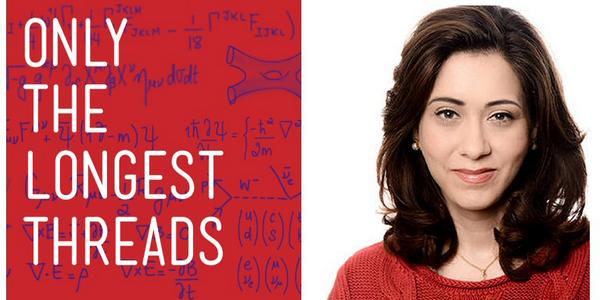 The string theory refers to the mathematical models which seek to find a common explanation for the four main forces seen in nature. These forces are the electromagnetic force, the strong and weak nuclear force and gravity.

Tasneem Zehra is the Pakistan’s first female string theorist who not only researched but also wrote “The Longest Threads” an easy book for understanding the String Theory which fictionalizes the major breakthroughs of Physics according to the minds of people who discovered it. Pakistan is undoubtedly the land of genius people!

12.Pakistan’s First Formula Car By The Students Of NUST 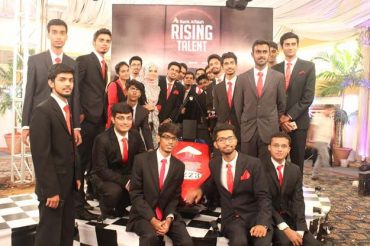 A group of students of NUST-PNEC formed Pakistan’s first formula electric racing car and marked a new era of formula racing car in Pakistan. With the hardworking of one and half year, they finally made their way to the FSAE 2016 held annually in Lincoln, Nebraska USA.

Syed Faizan Hussain, one of the winners of Queen’s Young Leader Award 2017, is a Pakistani student who used his knowledge in technology to create solutions within our community. He has also developed a number of startups, including Edu-Aid, an app that translates sign language into spoken language and One Health, a disease surveillance and tracking system which notifies health institutions about epidemic outbreaks.

14. A Transgender Made Way To The Modelling Industry

The rights of minorities in Pakistan always crushed under the feet. And so the transgenders have faced so difficulties for their survival. The recent video of a transgender in Sialkot who was brutally beaten by Jajja Badmash is a proof to that.

But the debut of Kami Sid in modeling has broken the stereotypes, she was earlier featured in a documentary filmed by BBC, How Gay is Pakistan, and has become known for being vocal about transgender rights, and is a well-known activist for LGBT. 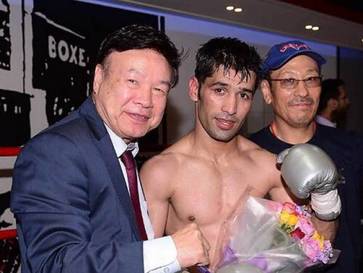 The Quetta-born boxer Muhammad Waseem outplayed Philippine’s Giemel Magreamo in a tough 12-round fight and won by a 3-0 unanimous decision. Magreamo was undefeated in his previous 17 bouts and previously held the WBC International flyweight belt. However, Waseem’s heroics put a dent in the Filipino’s record. Muhammad Waseem became the first international boxing champion of Pakistan.

After the anti-Pakistan speech of MQM’s leader Altaf Hussain in August 2016, the rangers took strict action against MQM and put their game to the end. Rangers raided on Nine Zero, destructed their offices in different areas of Karachi and Hyderabad, arrested the protestors who damaged the office of a news channel and almost isolated the whole party leadership.

Afterward, MQM divided into two parts, MQM London and MQM Pakistan, when Farooq Sattar-the senior leader of MQM made an announcement that Altaf Hussain would be no more our Quaid. The power game of MQM and Altaf Hussain came to the end with which Karachittes comforted.

Where the people are proving that the year 2016 is a reminder to them that how short life is, I must say that with hard work you can make this short time span of life memorable for yourself and your country too!