Pakistan Is 'Most Improved' Country Now On US Nuclear Security Index

Pakistan is the “most improved country” after increasing its score by seven points, said United States’ study on worldwide nuclear materials security for 2020. Pakistan ranked 19 with 47 points. Interestingly, India ranked one place below Pakistan at the 20th spot with 41 points.

According to the National Threat Initiative Nuclear Security Index report for 2020, the key reforms were in the Security and Control Measures category.

Meanwhile, progress was also witnessed in the Global Norms category where Pakistan’s ranking improved by one point.

The NTI report said Pakistan’s improvements in the Security and Control Measures category are “significant” as “strengthened laws and regulations result in durable boosts in Pakistan’s score as well as provide sustainable security benefits.” 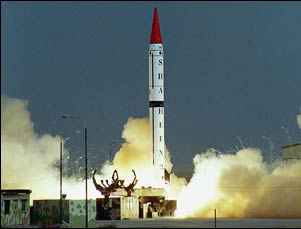 “The country’s score in 2014 improved owing to new regulations for on-site physical protection. In 2016, it passed new cybersecurity regulations. In 2018, it improved its inside threat protections.”

“[Pakistan’s] newest regulations mark a much larger shift. Compared with other countries’ score improvements in the Security and Control Measures category, Pakistan’s increase of 25 points is the second-largest improvement of any country since the Index first launched in 2012.”

The NTI report also highlighted Pakistan’s ranking in other categories. 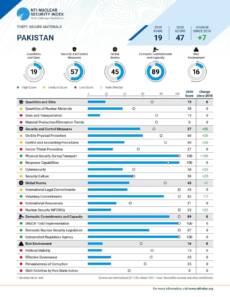 Pakistan scores high (67-100) in Domestic Commitments and Capacity, medium (34-66) in both Security and Control Measures and Global Norms, and low (0-33) in Quantities and Sites.

The 2020 #NTIIndex is now available! Check out which countries have made progress—and which haven’t—in securing nuclear materials. https://t.co/pTKoEpFDbK

Also Read: Donald Trump Thinks Pakistan’s Nuclear Arsenal Is A “Problem” For US

Humiliated By Son But Loved By Another – SP Mazhar Visits Gulnaz Bibi To Console Her
Oh Boy! Pakistanis Have Discovered A Doppelganger Of Ertugrul In Karachi
To Top