In a major development, Prime Minister Imran Khan on Tuesday unveiled a new political map of the country that truly represents aspirations of the people of the country. Pakistan’s new map shows the entire Kashmir region as part of the country.

In a televised address, he said the new map supports the principled stance of the people of Pakistan as well as the Indian illegally occupied Jammu and Kashmir about the Kashmir issue. The premier said the new map also negated India’s occupational illegal action of August 5 last year. 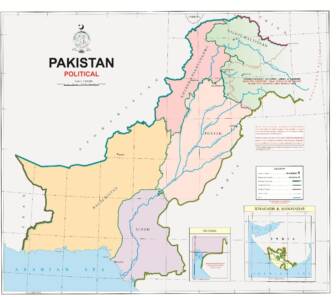 PM Imran said the map, which was also endorsed by the federal cabinet, was fully backed by the entire political leadership of the country. Moreover, he also said the new official map would henceforth be used in the curriculum.

Meanwhile, PM reiterated the implementation of the UN Security Council resolutions was the only solution to the Kashmir dispute.

He said Pakistan would continue its political and diplomatic efforts for resolution of the longstanding dispute. He hoped that we would achieve this goal one day.

On this occasion, Foreign Minister Shah Mehmood Qureshi also said the new ‘official map’ would be the one used in schools and colleges. He said this was the first time that a map reflected the aspirations of the people.

On August 5, 2019, India revoked the constitutional autonomy of Jammu and Kashmir. It divided IOK into two federal territories in a bid to integrate it fully with India.

The Pakistani nation will also observe Youm-e-Istehsal tomorrow to express solidarity with the oppressed Kashmiri people.

The PTI government unveiled Pakistan’s new map a day ahead of the first anniversary of India’s controversial unilateral decision to revoke the area’s semi-autonomy. Pakistanis are expressing their joy over the news on social media.

Pakistan 🇵🇰 issued its map showing Kashmir as the part of it. Pakistan Zindabad #5AugustBlackDay pic.twitter.com/MneuSPszKo

Prime Minister Imran Khan has led the voice of Kashmir globally. In a historic feat today, PMIK has approved the new Map of Pakistan which shows occupied Jammu & Kashmir as official part of Pakistan!

PM and Army Chief General Bajwa have clearly said Pakistan would never abandon Kashmir. The people of IOK want freedom from the Indin-occupied forces. Together, the Pakistani nation is waiting to see that day very soon.

What do you think of the story? Let us know in the comments below.

Dare To Be You: A Journey Into Self Exploration That We All Need!
Uber Driver In Lahore Shamelessly Stole 100-Kg Of Qurbani Meat & Ran Away
To Top