International Women’s Day, The 8th of March celebrates the social, economic, cultural and political achievement of women. However, the progress of gender parity is slow in many countries in the world, for such countries, the 8th of March is a day to mark a call to action for accelerating gender parity. The theme of the 2017’s International Women’s day is “Be Bold For Change”.

Hereunder is a Bold call for action for my fellow Pakistani’s:

Pakistan ranked the second last country in the world for equal opportunities for women. Fifth for the lowest female participation in the labor force and one of the ten worst countries regarding rape cases. Women are approximately 51% of the population of Pakistan. Still, women are considered to be born unequal and are disadvantaged in a male dominated society.55% of girls do not attend school, 35% are married before turning 16 and approximately 40% experience violence.

Nevertheless, Pakistanis turn a blind eye to exploitation, labeling the facts as a propaganda or an exaggeration, exemplifying the decline of the masses collective sense of morality. Social Media went frenzy over an artistic expression of women reclaiming public space, everyone became a moral authority giving obnoxious opinions or threats. The same audience remained lucid when confronted with a panchayat ordering three men to rape a 10-years old girl. No calls for justice were made with the same enthusiasm. This represented how the country’s obsession with the distinction between “good women or bad women” has blinded them to basic human rights.

In 2016, glamourized Pakistani Fashionglamorised rape culture. They used the traumatic experience of women being helpless and intimidated to raise their sales. These designers were endorsing abuse to be attractive to people who already find abuse acceptable and appealing. A prominent intergovernmental organization used negative connotations “Beat Me” to address violence against women.

In a country where women are perceived as a man’s possession, devoid of any individuality, identity and are considered to be interchangeable and exchangeable with immovable/movable goods, animals, etc., campaign’s should not send dangerous impulsive messages to the subconscious of violent men. Selling an aggressive representation of males and the subservience of females is diabolic and does not break the gender stereotypes prevalent in the Country. Campaigns should encourage men and women to work together in the fight against gender-based violence. Feminism is not about male bashing or competing with men, it is about women’s liberation. A struggle to get rights women deserve as humans. Therefore, it advocates that all humans are equal and deserve equal rights. 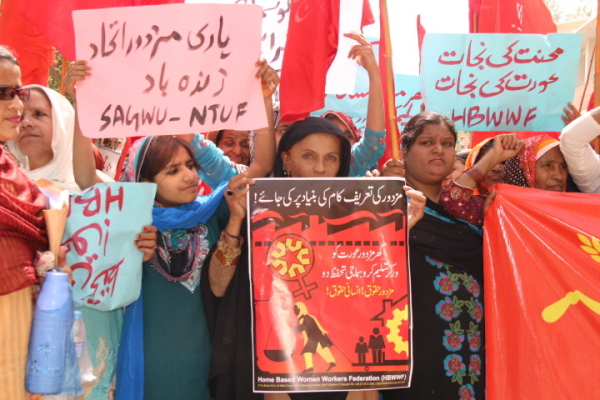 In 2016, people advocated for the death of a bold, out-spoken girl, who took pride in her sexuality, until her brother murdered her. In 2015, 1100 cases were registered of women murdered by their relatives, the unregistered cases were assessed to be approximately 5000. Pakistanis still believe women should be obedient home-makers.The mindset of the masses equates the empowered women as a Rebel, Characterless and Unfaithful. Women’s clothes or her being at a certain place at a certain time is often blamed for sexual violence against her.

Slut-shaming, Objectification of women and victim blaming has become our national hobby. We perceive ourselves to be the ultimate authority on ghairat(honor). Purposing Qandeel Baloch’s murder to be taken as an illustration of the fate of any Pakistani woman who tries to live on her own terms. 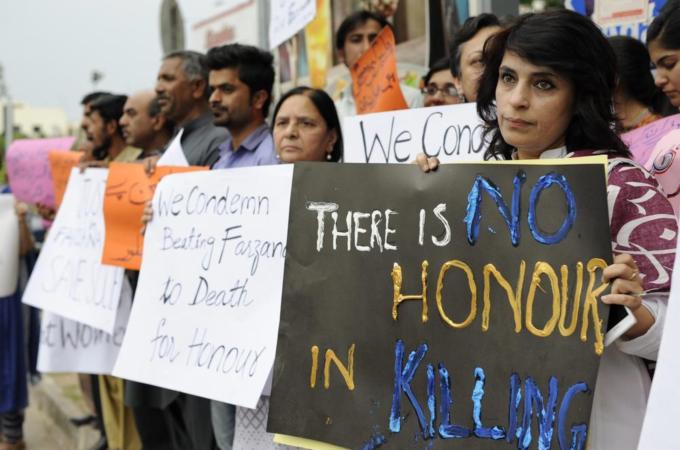 2016, saw a 20% increase in gender-based violence. 4 women are raped every day. However, 2016, remained the same for reporting sexual violence. Family and Police often discourage or refuse to register cases. Fear of being dishonored leads the families of the victim to either murder or abandon them. Women often fear a backlash from perpetrator on filing a FIR. When reports are filed they involve huge procedures, several unwarranted questions, long investigations and judicial process.

Character assessment by the society and the law enforcement leaves survivors fearing social exclusion and stigma. Prosecution of rape cases remains difficult and survivors have to go through a traumatizing two fingers test to gain justice.This test is useless and inaccurate in determining consent. This test violates the physical dignity and amounts to a cruel, inhuman and degrading treatment of the survivors.Despite laws, honor is still an acceptable mitigating factor in sentencing.Judicial biases in interpreting law still prevail and there is still little awareness and empathy about gender-based violence and laws amongst lawyers, police and the media.

Over the years sexual violence against women has been ingrained in the society as a socially acceptable behavior. Street harassment is not considered an important issue unless there is physical violence. Society has not been able to de-equate notions of honor from female chastity. Domestic violence is seen to be a private matter, men consider it a right to threaten or physically violate a woman’s body as a corrective behavior mechanism. In the majority of the cases, women do not even realize that they have been suffering abuse at the hands of the perpetrator.

So in conclusion 2016 remained the same for women who exercise their free will in transgressing socially accepted behavior. Therefore, it is imperative that International Women’s day is celebrated as a call to action for gender parity. So that people stand up for women. A clear signal of support and belief in women empowerment should be spread in Pakistan. This, 8th of March, Be Bold for change, challenge Bias and inequality, the campaign against violence, forge women’s empowerment, celebrate women’s achievement and encourage women’s education.

From Aahat To Sang-e Mar Mar; Sania Saeed Has Proven Herself As A Veteran Actress Of Pakistan
How Women Treat Other Women Over Social Media Is Absolutely Appalling!
To Top