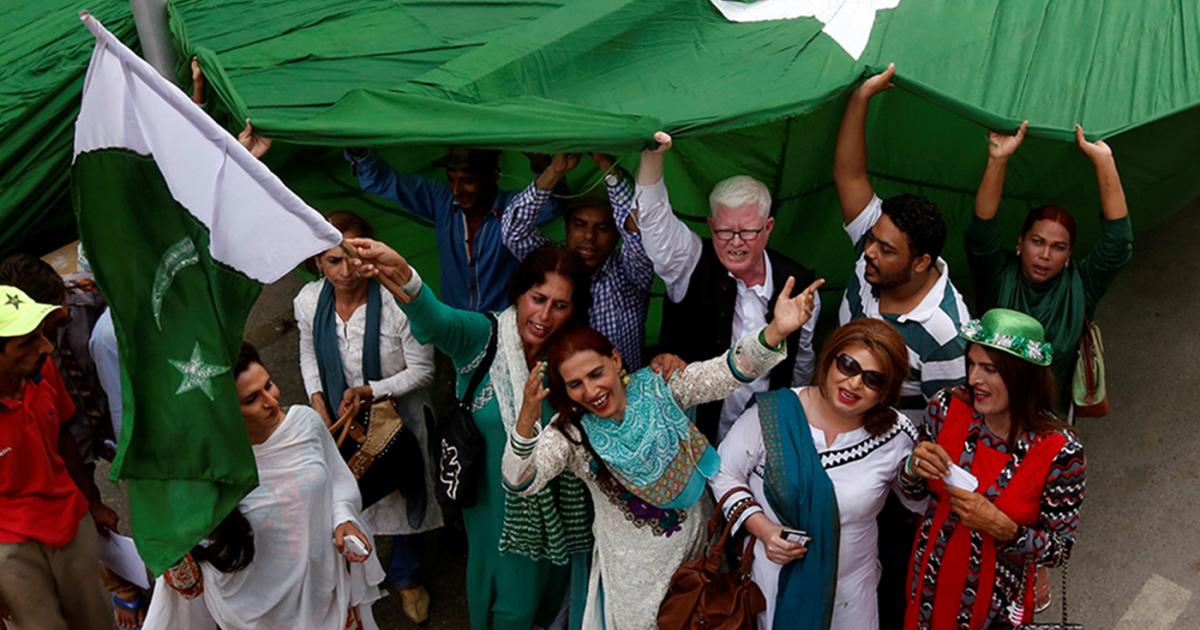 A man is a very ungrateful being. Like they say, you truly realize the value of your possessions than when they’re gone – lost or taken away. These “possessions” can range from something as small as a candy to something as important as your family. On a global level, this possession can be your country as well. Personally, I believe that homeland is something which should definitely be valued. As a citizen of Pakistan, I come across many Pakistanis who are seriously not even sure if their country deserves their loyalty.

The current situation of the country and its hostile and unpleasant history of being unsafe surely cannot be ignored but that doesn’t mean that the country’s positive aspects should always be trounced by the negative ones. The youth of the country has a very pessimistic view towards the future of their homeland and that’s why many prefer going abroad for studying and then settling down.

When asked why are they doing this, the answers are always the same: “There is nothing left in this country.” and “We don’t wanna destroy the future of our children by staying here.” and how can I forget? The oh-so-famous dialogue “Pakistan ne hamay diya hi kya hai?”Pakistan gave you the freedom to acknowledge your rights and to follow your religion freely. Do you think that you’d ever have a chance of tasting this emancipation while staying a part of a federal Indo-Pak?

Take a look at Kashmir’s condition now! From 1947, there has been constant unrest in Kashmir as a result of India and Pakistan continuously fighting over it. The Kashmiris there, mostly Muslims are met by brutal suppressive force at the hands of the Indian army, with the permission of the ruling elite of India. First, there was a curfew then destructive weapons were being used by the locals due to which people were losing their sight and till today Kashmiris are a target of this inhumanity.

These Kashmiris are completely and absolutely helpless right now. They can do nothing to protect themselves or their loved ones. If independence wouldn’t have been gained for Muslims in 1947, then – whatever is happening in Kashmir today – would’ve been the norm of every day in a federal subcontinent. Our condition would’ve been the same as the condition of Kashmiri Muslims today. And then you ask that Pakistan ne hamay diya hi kya hai?

Recently, India’s famous actor Rishi Kapoor tweeted on Pakistan’s entry in the finals. He shamelessly mocked Pakistan’s victory and when the twitter army of Pakistan showed him who the boss is, to maintain somewhat of his dignity – the actor thought of running away in yet another poor, immature manner by tweeting this: “Achcha choddo yaar. Tum log jeeton aur hazaaron baar jeeton sirf terrorism bandh kar do yaar. Mujhe haar manzoor hai. We want peace and love” he tweeted.

I don’t know. Maybe the tyrannical behavior of the Indian army towards the Kashmiris from the past few months is his way of wanting peace and love. Maybe that’s what “peace and love” mean in his dictionary. He branded us Pakistanis as terrorists. Would he even brand the victims of Kashmir demanding justice as Pakistan sponsored terrorists? Intolerant people like him make me thank Allah for granting us freedom and our great leaders who worked day and night to make the idea of Pakistan a reality.

After all this, you still ask that Pakistan ne hamay diya hi kya hai? What does a country need the most? A strong defense. Currently, Pakistan’s army ranks as the sixth best army of the world.

Pakistan is the first Islamic country to attain nuclear power.The world’s largest ambulance network is that of Edhi and it is in Pakistan. Pakistan is notable for having one of the best trained air-force pilots in the world. World’s highest paved international road under world’s toughest terrain, the Karakoram highway – also named as the eighth wonder o the world – connects Pakistan with China. Pakistan’s national anthem tune ranks 1st in top 3 tunes of the world and 1st in the world’s national anthem.

Pakistan is the host of one of the best leagues in the world, the Pakistan Super League (PSL). The inaugural season of the league was held in 2016 followed by the second season in 2017.

A few months back, a well-known singer of India, Sonu Nigam bashed the Muslim religious culture in a series of tweets by declaring his distaste for Azan. One of them was: It stated: “God bless everyone. I’m not a Muslim and I have to be woken up by the Azaan in the morning. When will this forced religiousness end in India” Aur phir tum poochtay ho ke Pakistan ne hamay diya hi kya hai? At least we have the freedom of enjoying our religious festivities and culture.

Before thinking of yourself as a saint and asking “Pakistan ne hamay diya hi kya hai?”, ask yourself, “What have you given to Pakistan?” Chaos? Anarchy? Negativity? Criminals? Environmental pollution?

According to my not-so-vitiate knowledge, these all are not counted as award-worthy achievements either. At least Pakistan has given us things to be proud of and we, on the other hand, don’t even value them. If we want a good future for Pakistan then we have to act for the betterment of our country by trying to bring a change within ourself first.

So let’s start valuing our beloved country and remember the sacrifices made by our ancestors to gain independence for the Muslims before this glory vanishes into thin air.

A Stunning Rainbow Took over Karachi’s Skyline and Apparently a ‘UFO’ Was Spotted Too!
Mufti Qavi Calls Qandeel Baloch and Every Other Victim of Honor Killing a Martyr
To Top