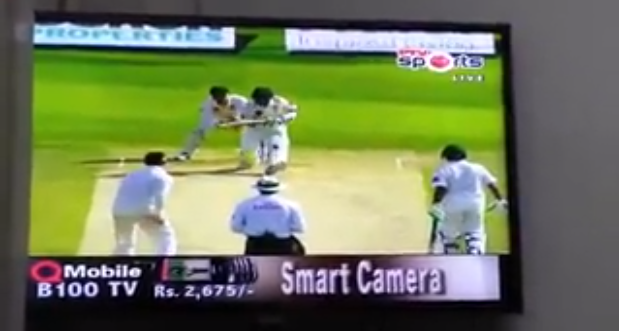 Pakistan captain Misbah-ul-Haq equaled the 28-year-old record for the speediest Test century when he hit one off 56 balls on the fourth day of the second Test against Australia in Abu Dhabi on Sunday.

The record for the fastest Test hundred as far as number of balls faced was concerned was by West Indian legend Viv Richards, against England at Antigua in 1986, who likewise faced 56 balls to score a test century.

Misbah-ul-Haq also broke the fastest Test half-century record before lunch, arriving at the figure off only 21 balls.

That beat the past record held by South Africa’s Jacques Kallis scored against Zimbabwe at Cape Town in 2004.

Misbah-ul-Haq hit two limits off paceman Mitchell Starc to score his hundred, and punched the air out of enjoyment.

This is also the second fastest hundred as far as time is concerned, behind Australia’s Jack Gregory who scored hundred following 70 minutes batting against South Africa at Johannesburg in 1921.

The captain of Pakistan cricket team, Misbah-ul-Haq took 74 minutes to score the century.

Misbah-ul-Haq cut loose after Younis Khan succumbed after scoring 46 runs, hitting three sixes and a four off one Steven Smith over and afterward hit the spinner for his fourth six an over later. In total, he hit four boundaries and numerous sixes.

The past fastest fifty as far as time is concerned was scored by Bangladesh’s Mohammad Ashraful who took 27 minutes for his fifty against India at Dhaka in 2007.

This video shows a new style of shot in batting introduced by Misbah-u-Haq in the world of cricket. The originality of the shot and the style shows the captain of Pakistan cricket team’s presence of mind and intelligence when it comes to shot selection. Undoubtedly, Misbah has proven time and again that he is the best choice to captain the Pakistan cricket team.