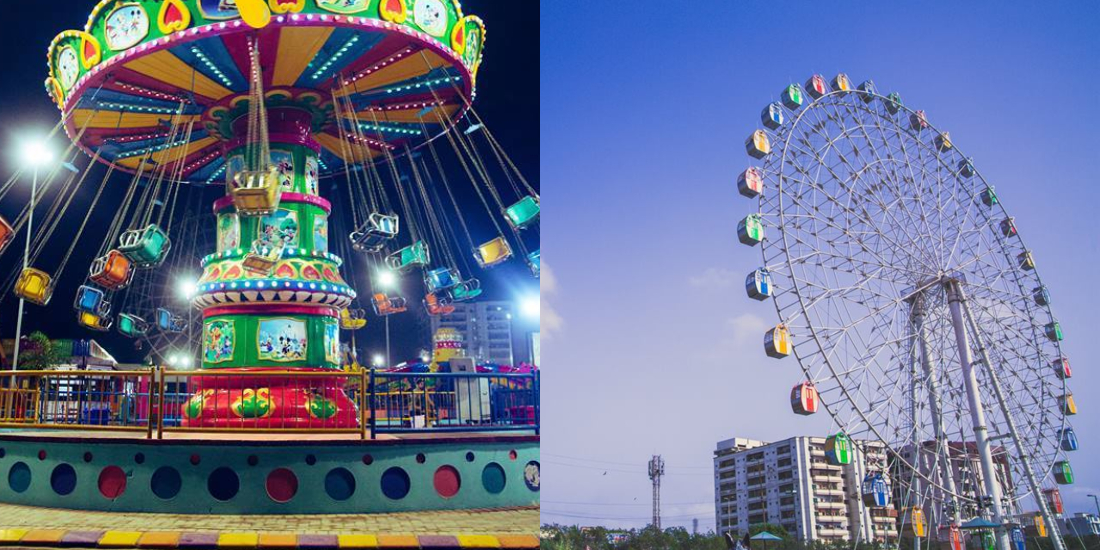 It is a common practice in Pakistan where there are days in the malls to have a strict policy to have a family day. These are some days in the week where no guy can enter the mall without family. After this, there are days like 14th August and 23rd March where it’s a standard practice to have “only family” days in the all the places like malls and amusement parks.

So, a new amusement park, Askari Park was inaugurated on Eid ul Fitr in Karachi and the crowd was beyond excited! But this park in Karachi broke all the barriers this time! They did something people would have NEVER thought before to happen. After one week of the opening, they announced on their social media that they are going to have a whole day for MEN! “Monday = Man-Day” Can you believe it??! Yeah, right! This is so true. So the whole park would be giving entry only and only to men. Single, married or forever alone! LOL.

Look at this ride. Don’t underestimate it!

After so many requests we will be dedicating Monday to all the Men who wants to enjoy with their fellow mates. Monday…

This is so amusing! *calms the kid inside*

Up in the AIR, here you go Flying! Come and take a ride on our Chair Swing, and Step out of your comfort zone. Address:- Askari Park, Purani sabzi Mandi Near Central Jail University Road Karachi, Pakistan.Special Thanks to Wajid BilwaniPLEASE WATCH IN HD MODE.#AskariAmusementPark #OpeningOnEid #ChairSwing#XtremeFun#GetYourThrillOn

Well, this is something new! A very new addition to the recreational places of Karachi. The city of lights was in dire need of an amusement park. And this park has it all! From the most thrilling to the most dangerous rides! So, the youngsters of the city now have another new place to hang out at!

How many of you have not visited it yet? If not, go now, please! What’s stopping you now? Go get your friends and family and jump on the most fun ride of the park. 😉