Pakistan’s foreign ministry wrote a letter to the government of the UK for seeking the deportation of former Prime Minister Nawaz Sharif, who is currently residing in London for his medical treatment.

Nawaz had left for London in November 2019, 20 days after receiving bail from a seven-year corruption sentence. Later, he sought an extension on December 23 for his stay in London after the expiry of the four-week period that had been granted by Lahore High Court (LHC). After his request, the government of Punjab constituted a four-member committee for deciding upon this matter. They had also sought fresh medical reports for making a decision.

A picture of Nawaz at a restaurant in London along with some of his family members had circulated all over social media in January 2020. This did raise questions regarding the health of Nawaz Sharif. On January 15, the government of Punjab rejected medical reports of Nawaz submitted on December 23.

On January 30, the government of Punjab asked Nawaz for submitting the latest medical reports. This would allow them to decide on his request. The Punjab cabinet decided on February 25 to not extend the bail of Nawaz Sharif. 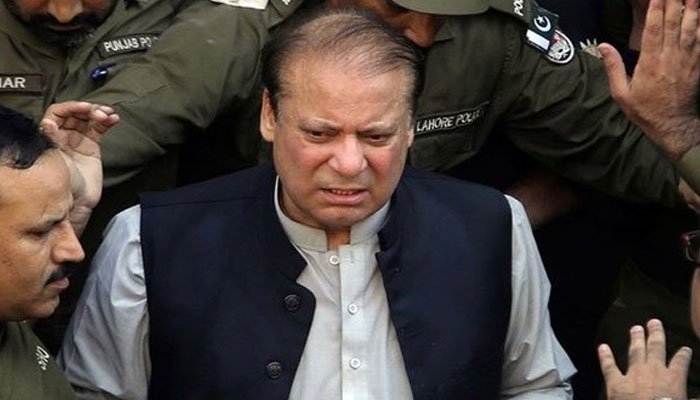 Statement by the government!

In a statement to the reporters on Tuesday, Pakistan’s Foreign Minister Shah Mahmood Qureshi said: “Yes, we have written a letter.”

The Special Assistant to the Prime Minister on Information and Broadcasting Dr. Firdous Ashiq Awan stated that Pakistan’s foreign ministry had written the letter.

Awan said “For bringing Nawaz back to Pakistan, the letter was essential. It has been 105 days since Nawaz left the country. During this time, he has not sent any reports regarding an improvement in his health, nor has he been admitted to any hospital. This means that you have misused the facility. The medical board asks you to give medical reports but you send letters and certificates instead. There is a difference between a report and a letter.”

She also added that party workers of PML-N had been misled by Nawaz Sharif.  Awan said the board was now saying that the recently submitted documents depicted that he was in good health.

Shehbaz Sharif’s take on the matter!

Shehbaz Sharif also reacted to the news. He stated that under the law, the government does not have any authority for writing such a letter.

“The government haste depicts its criminal intent”, stated Shehbaz in a statement released on Tuesday.

Nawaz was granted bail for eight weeks by the Islamabad High Court (IHC). Shehbaz stated, ”As per the orders of the court, we reserve our right for approaching the IHC over actions that have been taken by the government. Attempting to stop the treatment of Nawaz is no less than murdering him. Imran Khan’s behavior is based on personal and political vengeance. Nawaz went abroad for medical treatment after fulfilling all legal requirements.”