The Special Assistant to the Prime Minister Dr. Firdous Ashiq Awan mentioned that the Kartarpur project will carry out accordingly.

It Will Be Completed Regardless Of The Ties Between The Countries:

There has been a lot of tension between India and Pakistan considering the on-going Kashmir issue. Pakistan made sure to cut various ties with India. This shows that they are on negative terms and there is zero encouragement, from Pakistan’s side, regarding the Indian government’s decision. Also, Pakistan is boycotting Indian content which ensures that India doesn’t receive a dime from the country anymore. Currently, the Indian army is causing a chaos within the region of Kashmir as the people protest against the revocation of their special status. Prime Minister Modi has shown that he doesn’t care nor bother over the rights of a region that has a Muslim majority population. 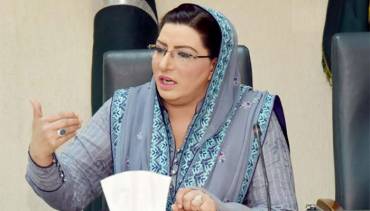 Despite the restrictions on almost anything connected to India, the Kartarpur project will see completion. A press conference updated on the Kartarpur corridor, during that conference Awan addressed that Pakistan is open to Sikh pilgrims who arrive in the country to visit Darbar Sahib Kartapur.  It retains the long history of Baba Guru Nanak, a prominent religious figure in the Sikh religion. He lived there till he met his death, and the place has hefty importance for Sikh people. The Sikhs from India would arrive in Pakistan just to witness the place. She also said that the corridor will be opening in November.

The decision will serve Pakistan well because it has the potential to boost our tourism, which ultimately benefits the economy. Additionally, it spreads a message of tolerance that a Muslim-majority country is catering towards the Sikh community.

The Punjab Governor Chaudhry Muhammad Sarwar also said that the project should be completed by the 550th birth anniversary of Guru Nanak. However, there is still no confirmation that it can be completed on the same date. The governor also stated that there will be an international Sikh convention held at the governor’s house. This will invite Sikhs from all parts of the world to attend the convention. Regarding the concern, he said, “I assure Sikh pilgrims that on the occasion of Baba Guru Nanak’s birthday celebrations, they will be provided with foolproof security in Pakistan and we will ensure the provision of other facilities.” 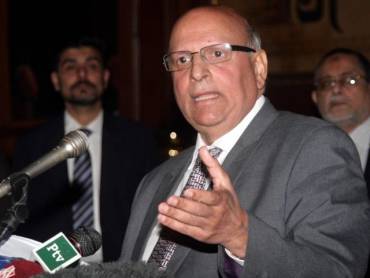 He addressed the Kashmir issue as well by saying, “This is the worst atrocity and terrorism of history and international organizations including the UN should take immediate and strict notice,”

Sarwar also seemed to add, “PM Imran Khan in his address at the United Nations will expose Narendra Modi’s real face in front of the world and will pressurize the international community to solve Kashmir issue according to the UN resolutions.”

Hopefully, his words see the truth because the region of Kashmir is in dire need of the world’s help. Most importantly, Pakistan appears to be the last hope towards the termination of India’s cruelty.

What do you think of the situation? Do you think that the decision to continue the project remains as correct or will it back-fire? Share your thoughts using the links below.

While Auj Won Pepsi Battle Of The Bands Season 4, The Legendary Performances Won Our Hearts!
Adventurous Honeymooners Out There, This Samundar Katha Lake In Galiyat Is The Best Place To Be!
To Top