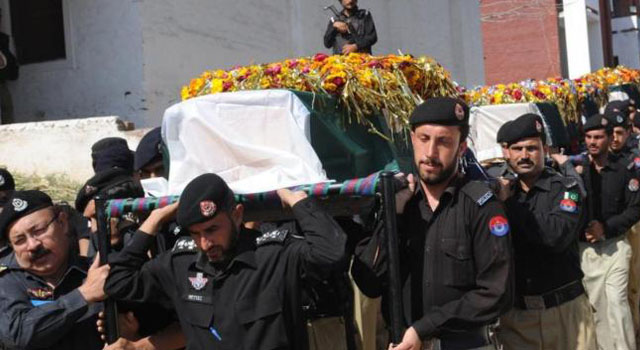 Islamabad, Pakistan – At least 10 people have been reported killed and 15 injured in Pakistan air raids against what the military termed “terrorist hideouts” in the Khyber tribal area.

The military said the raids on Thursday targeted members of armed groups involved in planning recent attacks, including the bombing of a fruit market in Islamabad on April 9 and the killing of security forces in Khyber-Pakhtunkhwa.

The raids were launched in the Bara area early on Thursday morning, military officials told Al Jazeera. They come a day after the government and the Pakistani Taliban met in Islamabad to discuss a stuttering peace process.

The Pakistani Taliban, known by the initials TTP, announced on April 16 that it would not be extending a self-imposed ceasefire on attacks against the state and civilians, a move which prompted the interior minister, Chaudhry Nisar Ali Khan, to say further talks without such a measure in place would be “pointless”.

A senior military official in Peshawar told the Reuters news agency that the air raids were the first phase of an offensive against rebels in the Khyber area.
“After the jets, Pakistan army ground forces also launched operations in the area,” he said.