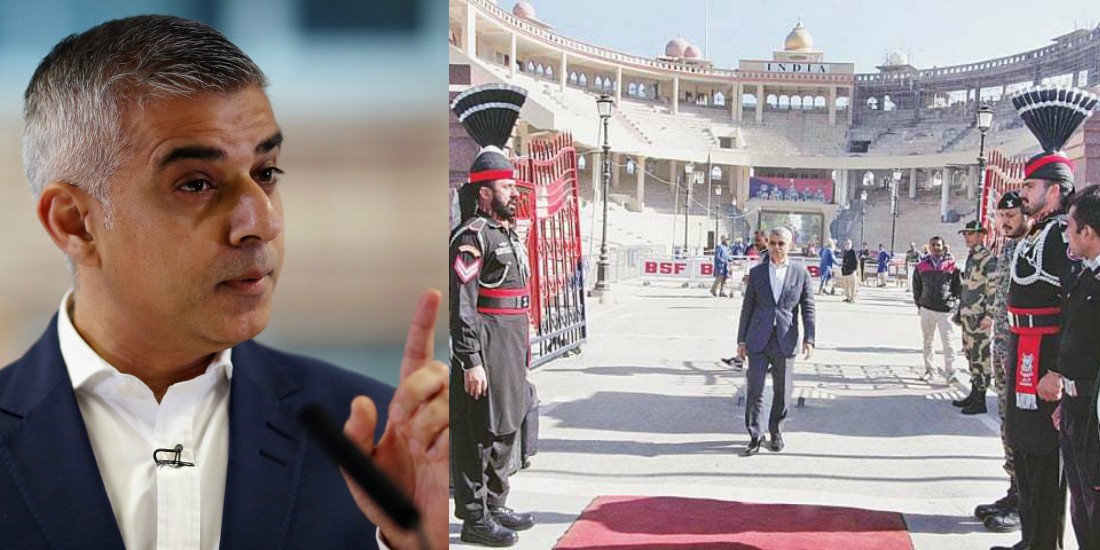 While summing up 2017 for Pakistan, the highlights would definitely include the number of international celebrities who visited our homeland. Recently, one more name was added to the list which was the Mayor of London, Sadiq Khan. Despite being warned by the foreign officials for not visiting India and Pakistan on the same tour, he still chose to go for it. The basic purpose of his visit was to promote his campaign “London is Open”. After visiting India, he entered Pakistan via Wagha Border, and from then onwards, there was no stopping him as he attended as many events he could to get the most out of his visit.

A BEAUTIFUL VISIT TO THE RICH LAND OF PAKISTAN

However, along with the happy moments that filled social media, there was an awkward moment as well which was created by a BBC reporter, Karl Mercer when he asked the Mayor, “How does it feel like coming home?” to which Sadiq Khan answered, “Home is South London, mate. But it’s good to be in Pakistan, it’s good to come from India – home of my parents and grandparents.”

THE JOURNALIST SHOULD HAVE DONE SOME RESEARCH EARLIER

Keeping in mind that Mr. Khan has been born and bred in Tooting, South London. His father became a bus driver after his family immigrated to London in 1968. Although his heritage is of an Indian Muslim in the view of the fact that his parents were born in India and migrated to Pakistan in 1947. In an interview, Mr.Khan shared:
“My family is from this part of the world, from the Indian subcontinent. My grandparents, great-grandparents, and forefathers are from this part of the world.”

Many criticized the journalist for asking such a question which is why BBC defended it by stating that it was in the context of Punjab’s chief minister Shahbaz Sharif calling it as a “Homecoming“.

AMAZINGLY ANSWERED SUCH A QUESTION

THERE WAS NO NEED FOR THIS QUESTION

This is just mortifying, the journalist should be dammed in eternal shame for asking such a cringeworthy question https://t.co/V1hiWZmpNk

Racist-interviewer, Mayor of London was born in Tooting, London, next time you interview Boris Johnson in New York, ask him "what's it like to come home?". #WhiteSupremacist