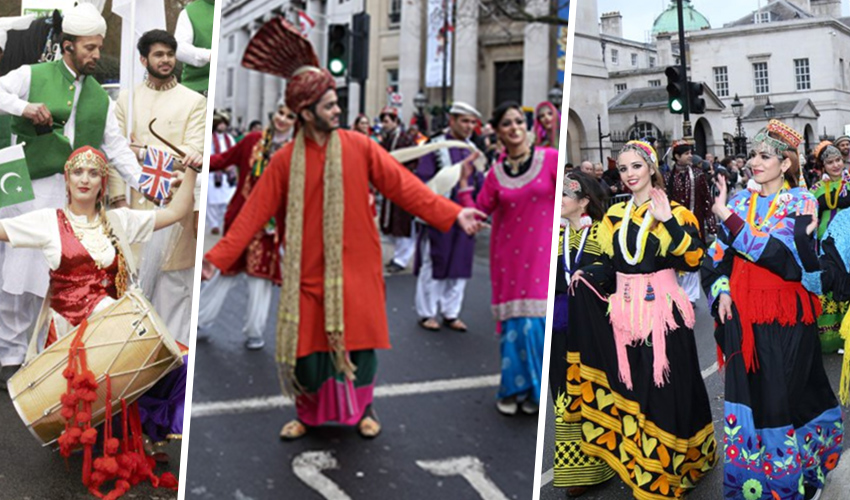 2016 has gone by and the world has been celebrating the beginning of this new year. Will 2017 bring smiles around the world? Time will answer that. However, the celebrations around the globe have sure brought cheers to billions. There have been fireworks, parades, parties and all sorts of celebrations to welcome the year 2017. Among them, there were these Pakistanis, thousands of miles away from home, spreading colors of the nation in the heart of Britain, at the New Year’s Day Parade in London.

Held on the first day of 2017, there were amazing sights with 8500 performers from 20 countries taking part. It was the 31st time the parade has been held. From Green Park to Parliament Square in London, there were an estimated 50,000 spectators and 600 TV Channels across the globe broadcasting it. And among all that attention, there were our own, our Pakistanis, making a beautiful impact in that show. 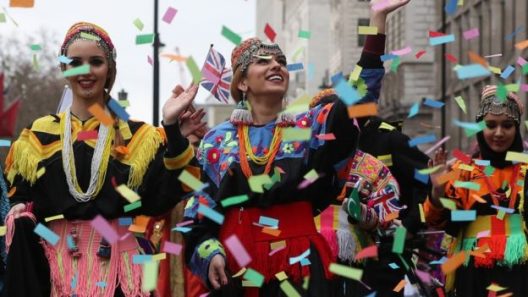 The event was held under the banner of emerging Pakistan to celebrate the 70th anniversary of the country. The Pakistani mission invited the whole community in the UK to be a part and feel proud. Showing cultures, traditions, dance, music – styles, fashion and colors of Pakistan – the Pakistani High Commission did a marvelous job while planning for the show. Hats off for that!

It began with men dressed in traditional attire appearing on horses and went on to women who highlighted the colorful styles of Pakistan. With traditional attires and umbrellas in their hands and the crowd cheering them – what a sight that was! From northern side of Pakistan to the south, all sorts of colors were witnessed by the huge London audience attending the parade and millions more watching at home.

Watch the video and relive how the world witnessed this side of Pakistan.


And here’s another video…

There were Dhols and Horses and there was classical music and Qawwali. Combined with dance, the boys and girls in the parade made it an amazing extravaganza. Consequently, what the world witnessed was the real Pakistan in the heart of London. Hence, Pakistanis put up a great show got the praise it deserved.

Dan Kirkby, after speaking about Pakistan’s part in the parade, called the parade full of culture, music, and color.

“We reckon we have about 20 different nations represented, from Bolivia through to the US, and we’ve got Pakistan celebrating the 70th anniversary of the state of Pakistan… It’s a kaleidoscopic parade full of culture, music and colour. It’s quintessentially quirky, the very best of British meets people from all over the world.”

When the group of colorfully attired Pakistani women appeared, the female presenter at the event couldn’t resist from complimenting and cheered with words like “Wow” and “Beautiful”. In addition, people from within Pakistan and abroad are no short of praise either.

With peace returning to the country and the epidemic of terror almost eliminated, this participation of Pakistan in the parade helps a lot to shed of the negative image that has been built in the last decade. So it’s high time we Pakistanis rise up to promote and show the world the positive Pakistan. High time we also promote the Pakistan full of tolerance, hospitality, color and culture – the real Pakistan.