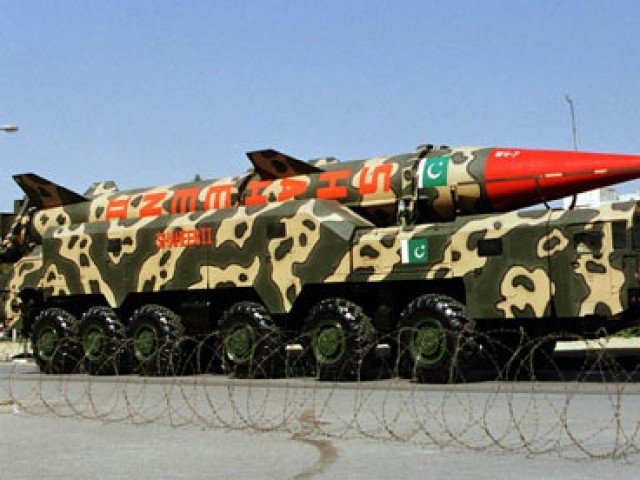 According to the reports, in 2013, Pakistan had at least ten more atomic weapons than India.

Last year, Pakistan had a total of 120 atomic weapons, according to a new infographic issued by the Bulletin of the Atomic Scientists.

The infographic tracks the number and history of nuclear weapons in nine states. It was founded by the University of Chicago scientists in 1945.

A visual representation of the Bulletin’s famed Nuclear Notebook is provided by the Interactive Infographic. The Nuclear Notebook has been tracking the number and type of the world’s nuclear arsenals since 1987.

Having reached a peak of more than 65,000 in the late 1980s, the number of nuclear weapons has dropped considerably to a bit more than 10,000, but more nations now possess them, the infographic shows.

Russia and the United States both have around 5000 nuclear weapons each, the infographic reveals.

Executive director of the Bulletin, Rachel Bronson said: “I don’t think people truly understand just how many of these weapons there are in the world.”

He added: “The Interactive is a way to see, immediately, who has nuclear weapons and when they got them, and how those numbers relate to each other. It is a startling experience, looking at those comparisons.”

Hans M Kristensen and Robert S. Norris are the authors of the Nuclear Notebook, both with the Federation of American Scientists.

The Nuclear Notebook column has been revealing surprising nuclear activity and spot-on arsenal estimates for the last 28 years. It is becoming a daily resource for journalists, activists and scholars.

Editor of the Bulletin, John Mecklin said: “We wanted a way to communicate those numbers visually, because the world we live may be data-driven, it’s also visual.”

Also See: Not Every Woman Is Allowed to Listen to This Unbelievable Pop Song

Quiz – Are You In Love?
Man Riding World’s Smallest Cycle [Video]
To Top