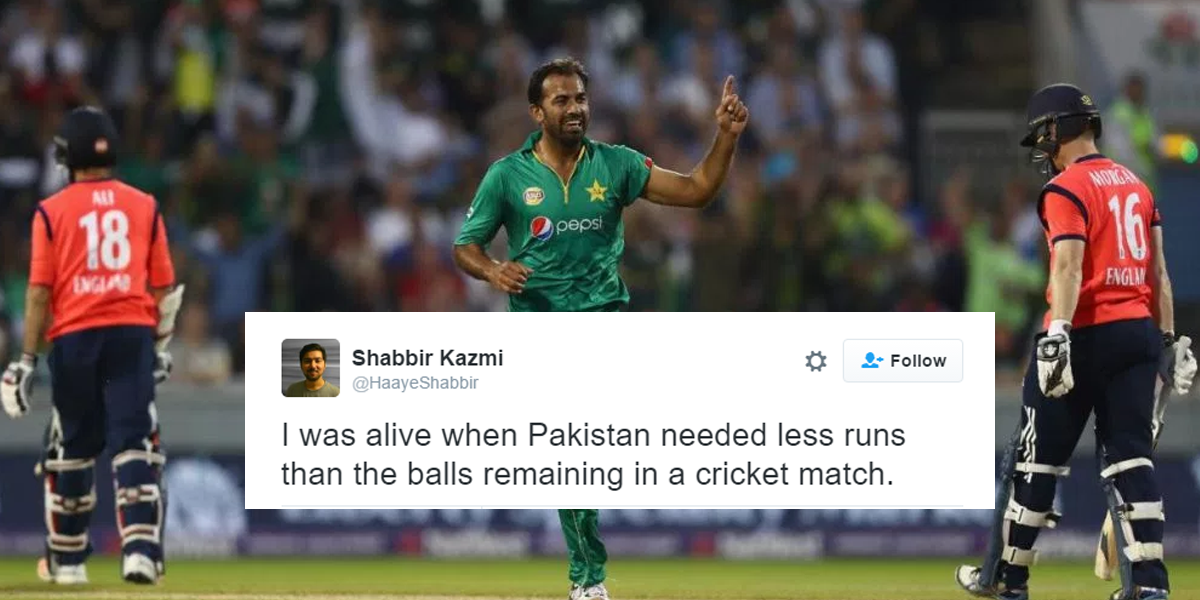 Pakistan’s performance against England in T20 match – unbelievable and astonishing.

Just when Pakistan proved their potential in the test series, they showed the worst in the ODI series, but let’s say they tried to make things up in today’s  t20 match.

Winning by 9 wickets, the Pakistan cricket team left us all in shock and thrilled at the same time.

Was this the Missing Element?

Sarfaraz aggressive captaincy is all this team need.

I was alive when Pakistan needed less runs than the balls remaining in a cricket match.

Sarfraz will praise the team. Had it been Afridi, he would’ve talked about his crucial 2 runs inning and the toss.

Sania Bhabi Must Be in Doubt

We Are Full of Surprises, Aren’t We?

Dear @englandcricket no champagne for us please, rooh afza will do.

Sarfraz Ahmed in tise ODI series: 55 105 38 12 & 90.
Misbah said about him “Sarfraz is like oxygen for the Pakistan cricket team”#Cricket

Regardless of what we may say in hatred, we love our cricket team and the joy of winning in cricket is absolutely unparalleled to winning any other sport.

Congrats to our team!

Here’s Why People Should Stop Trying To Convince Me To Become A Feminist
It’s Time To Officially Lose It- Two Pakistani Heart-Throbs Are Appearing On Top Gun!
To Top