Pakistan is Full of Talent! - Sabzi Wala Sings a Song! 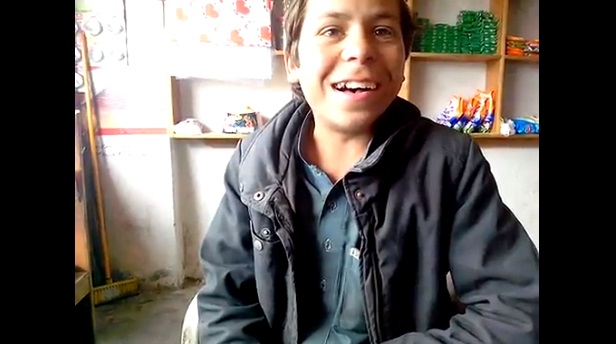 Without any hesitation one can claim that Pakistan has got the most talented people. People in Pakistan might not realize this, but they are exceptionally talented. They underestimate their talents. They might not see their abilities as talent but they are well equipped with the skills that make them stand out from the rest.

May it be Ali Moeen Nawazish (Student from  Pakistan who with 23 As, managed to stand at the top in the A levels), Aisam Ul Haq Qureshi  (the solo Pakistan tennis player from Pakistan to reach the final of a Grand Slam, in 2010 competing in mixed doubles having of Kvta Peschke as his partner and competing in man’s doubles, having  Rohan Bopanna as his partner at the US Open Tennis). With his talent he won the hundreds and thousands hearts. Talk about Boom Boom Shahid Khan Afridi (The legendary all rounder of Pakistan cricket team), Ms. Naseem Hameed (The athlete from Pakistan  who won a gold medal in 100 metre race during the 11th South Asian Federation Games which were held in Dhaka, Bangladesh), Imran Khan (The rap/ hip hop singer), Nusrat Fateh Ali Khan (The singing legend of Pakistan) or  Babar Iqbal (a 12 year old student of DI Khan who has become the youngest Microsoft Certified Technology Specialist and has set a new world record), they all are immensely talented.

Irrespective of them being from a rich or underprivileged background, they are known by the world for their talent. This video shows the signing talent of  boy who sells Sabzi (vegetables) in Pakistan.  This young boy doesn’t understand the lyrics properly, but he signs with all his heart and soul.  If polished properly, his talent might pave his way trough all the hardships and sufferings of his life and might make him the next signing sensation of Pakistan!