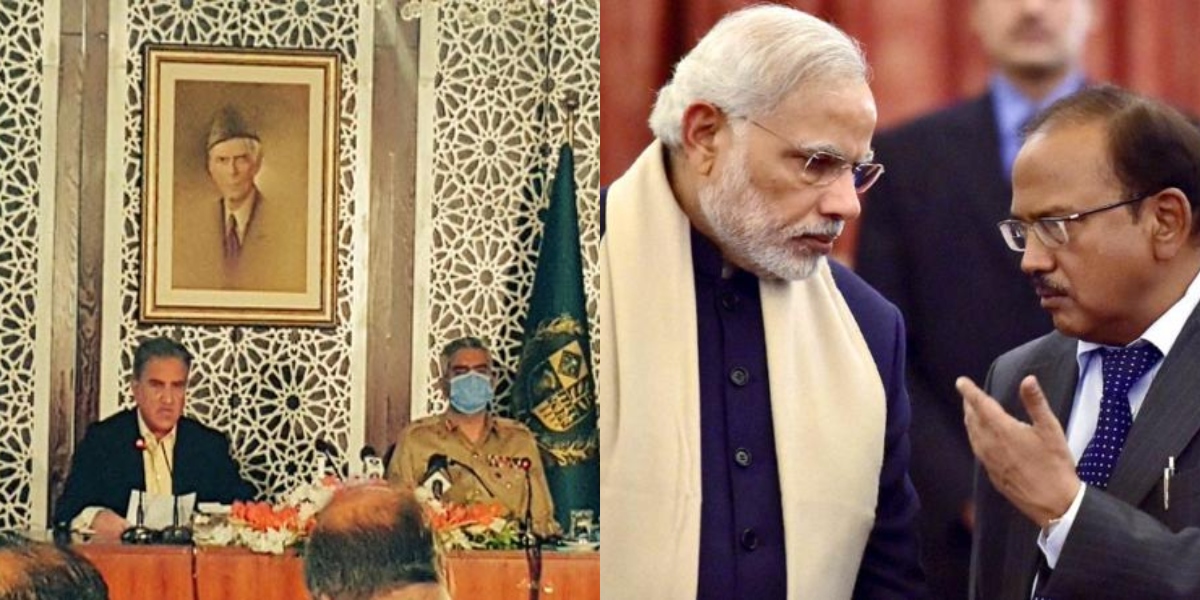 Addressing the press conference, FM and DG ISPR Iftikhar presented a dossier. It contained details of India’s state-sponsored terrorism being carried out in Pakistan.

“Today we have irrefutable facts that we will present before the nation and international community through this dossier,” said FM Qureshi.

India is surrounding Pakistan in a web of terrorism, says Qureshi

Qureshi said while Pakistan was combatting terrorism on its soil. India was using its land to surround Pakistan in a web of terrorism. He said during the last few months, India has tried its best to fan terrorism across Pakistan.

Qureshi warned that in the coming months, there will be an upsurge in terrorist activities in Pakistan. The focus will be on the major urban centers of the country. He named two Indian intelligence agencies. They were RAW and DIA, which are financing and training terrorists.

The DG ISPR added Indian government was providing weapons, arms and ammunitions to terrorists in Pakistan. He added India was running a total of 87 terrorist training camps out of which 66 are in Afghanistan. In short, Pakistan exposes India and has evidence against the terrorist attacks and RAW.

“A total of 28 thousand dollars were transferred from Punjab Bank India to banned militant outfits in Pakistan. Recently, we exposed an Indian intelligence agency RAW’s network operating in Pakistan,” he said.

Referring to MQM founder Altaf Hussain, DG ISPR said that his group was involved in promoting terrorist activities in Pakistan.

“Ajmal Pahari confessed in front of chief justice of Pakistan that India had set up four terrorist camps for Altaf Hussain Group. A total of 40 terrorists got training in those camps. We have also caught a RAW sponsored sleeping cell in Karachi.”

The world has now got evidence of India’s terrorism activities, says Moeed Yusuf

Special Assistant to PM (SAPM) on National Security Division and Strategic Policy Planning Moeed W. Yusuf said the world now has got evidence of how India was spreading terrorism in Pakistan.

It is important to note that in October, Yusuf gave evidence that India was funding terrorist activities and attacks in Pakistan. Yusuf expressed his views during an interview with Indian Journalist Karan Thapar.

In October 2016, RAW agent Kulbhushan Yadav admitted to spreading terrorism and violence in Pakistan. According to Yadav, he got orders from India to spread violence and terrorism in Baluchistan and Karachi.

Working for Indian agency RAW, Yadav was in an out of Pakistan in 2003 and 2004, finally being caught from Baluchistan in 2016.

PM Wants To ‘Kiss Forehead’ Of Kashmore ASI – Says Pakistan Is Proud Of Him & His Daughter
Bakhtawar Bhutto Is Getting Engaged, But Who Is The Lucky Guy?
To Top