The Pakistan embassy in Kabul had been restricting the visa issuance to Afghan nationals because of an incident surrounding a gang extorting money from visa applicants. It became a serious enough concern that the embassy only decided to provide visas to elders, businessmen, women, and any patients.

Changes In The Visa Services From The Pakistan Embassy In Kabul:

The gang had supposedly been forcing money out of the applicants and tried to gain access into the embassy’s consular section. Apparently, the police were supporting them. The Afghan Deputy Foreign Minister Idress Zaman also mentioned regarding the issue. He said, “The full inquiry will be conducted and necessary measures will be put in place to prevent such criminals from operating near and about the embassy premises”. Apparently, the criminals carried around hockey sticks to terrorize the surroundings. Despite these restrictions, Afghan nationals were not issued visas at border crossing points nor at airports.

The visa limitations had been lifted to ensure that the nationals are able to continue operations as usual. This all occurred especially after Zaman’s reassuring message that action will be taken. Moreover, even President Ashraf Ghani ensured that this issue would be looked into and confirmed strict action. 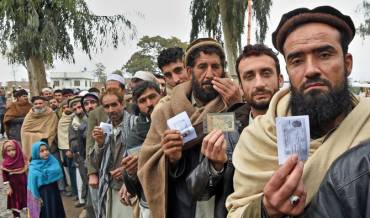 The Pakistan embassy in Kabul launched a statement regarding the visa problem, to fully confirm. It said, “Following the meeting and the assurances given by the Afghan Ministry of Foreign Affairs, the Embassy of Pakistan will resume full consular services from tomorrow,”

Is This A Good Thing?

Now, it has become simple for all Afghan citizens to receive quality visa services without any hindrances. The limitations had started from January where acts of terror within Afghanistan triggered Pakistan to halt such services for the nationals. It is for sure that many countries are hesitant to take in Afghani’s because of the current crisis within the country. However, Pakistan has always played the role of a supportive neighbor when it comes to sheltering Afghan refugees. Keeping the hatred between the two countries aside, Pakistan also launched multiple opportunities for Afghan individuals to receive better facilities. This does not only include the element of Pakistan being hospitable. It also confirms a promising future for the already suffering citizens of the country.

The world doesn’t highlight the on-going crisis within Afghanistan so it is necessary for the surrounding countries to provide help instead. The Afghan war is seeing attention especially after Prime Minister Imran Khan’s talks with President Trump. The talk had been about the current Afghanistan crisis and Pakistan’s intervention in between to stop the continuous war. Moreover, Pakistan has always been a huge factor comprising the Afghan conflict, in general. The U.S is seeking out help for their own comfort. But through this cooperation, Afghanistan can experience freedom for once. The war has been going on for about 18 years now, and the country has witnessed enough chaos.

What do you think of the situation? Is it a positive decision to issue visas to Afghan nationals again or are there any loopholes within this conclusion? Share your thoughts.

An Honest Pakistani Taxi Driver In Riyadh Became A Hero For A Hindu Woman After Returning Her Valuables!
Maulana Fazal Was Caught Lying About A ‘Stolen’ Govt. Car And It’s Another Diesel-ish Scandal For Him!
To Top