The Kabaddi World Cup 2020 has just come to an end, with the Pakistani team emerging as the world champions for the first time.

The final was played between India and Pakistan, in which the host team ended up as winners with a score of 43-41. 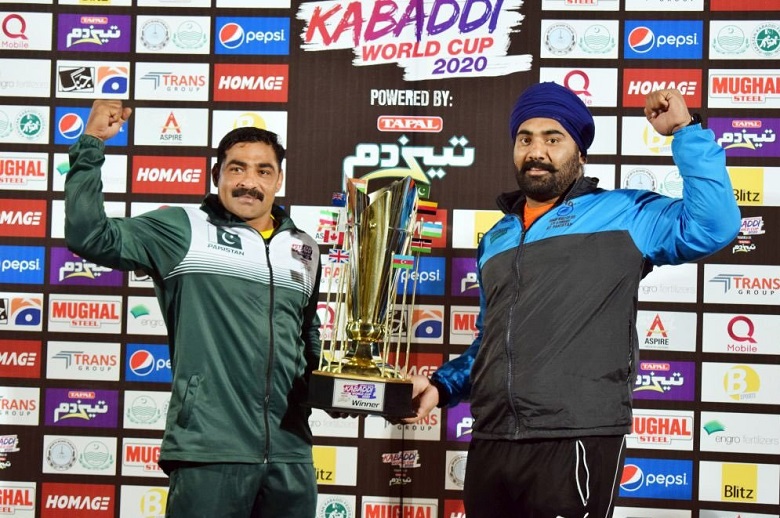 Conquering The Trophy With Pride

Contrary to the problem that the Indian team had to face from their government, both the Indian and Pakistani teams made it to the finals, standing neck to neck ready to face each other. Nevertheless, the match commenced with Pakistan winning the toss. The national team took the decision of raiding first. However, with this decision, the team was held up as India was scoring with a lead. The Pakistani team was up against the ropes following the first round with a score of 24-18.

Read Also: Indian Kabaddi Team Gets Disowned By Nation After Coming To Pakistan

With tensions increasing, Indian coach Harpreet Singh raised an objection regarding the points secured by Pakistani player Malik Binyamin. However, the referee overruled the objection, with the match continuing as per schedule.

Subsequently, the Pakistani team upped their game, defeating the Indian team by 43-41. Moreover, the match analysis depicted that along with Binyameen, Captain Muhammad Irfan aka Manna Jutt and star-raider Shafiq Chishti came out to be the shining stars for the Pakistani team. Furthermore, it is known that Irfan and Shafiq were executing their best from the start of the match and not missing any raiding opportunity. 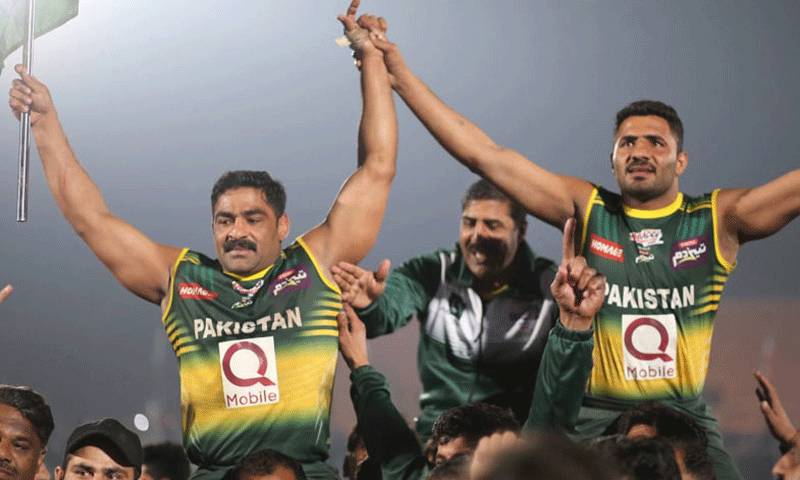 Nonetheless, the Pakistani team winning the World Cup has indeed been a great feat. With the news soaring over media, many Pakistani dignitaries lauded the team’s performance on social media.

Firstly, PM Imran Khan congratulated the team on their victory.

Congratulations to the Pakistan Kabbadi team for winning the Kabbadi World Cup after defeating India.

Besides that, PTI Senator Faisal Javed Khan also congratulated the team on their victory

Jehangir Tareen lauded the team on Twitter as well

Additionally, cricketer Imad Wasim also came forward with the compliments saying: “43-41 is the final score. And that’s after being down after the first half. Fantastic effort from the boys to crown Pakistan Kabaddi champions. Thank you to all the teams for coming to Pakistan! #KabaddiWC2020 #ibleedgreen“

Journalist and cricket statistician Mazher Arshad congratulated the team on their most recent victory along with showing love for the commentary in Punjabi.

In his recent tweet, he said: “Congratulations Pakistan on winning the Kabaddi World Cup after winning a closely fought FINAL against India in Lahore. Loved the Punjabi commentary.#KabaddiWC2020”

“Winning image of Pakistan’s World Cup win in Kabaddi in Lahore. Great to see sports activities back in Pakistan. MCC team also in the country with PSL starting in four days’ time. #KabaddiWorldCup2020” he added.